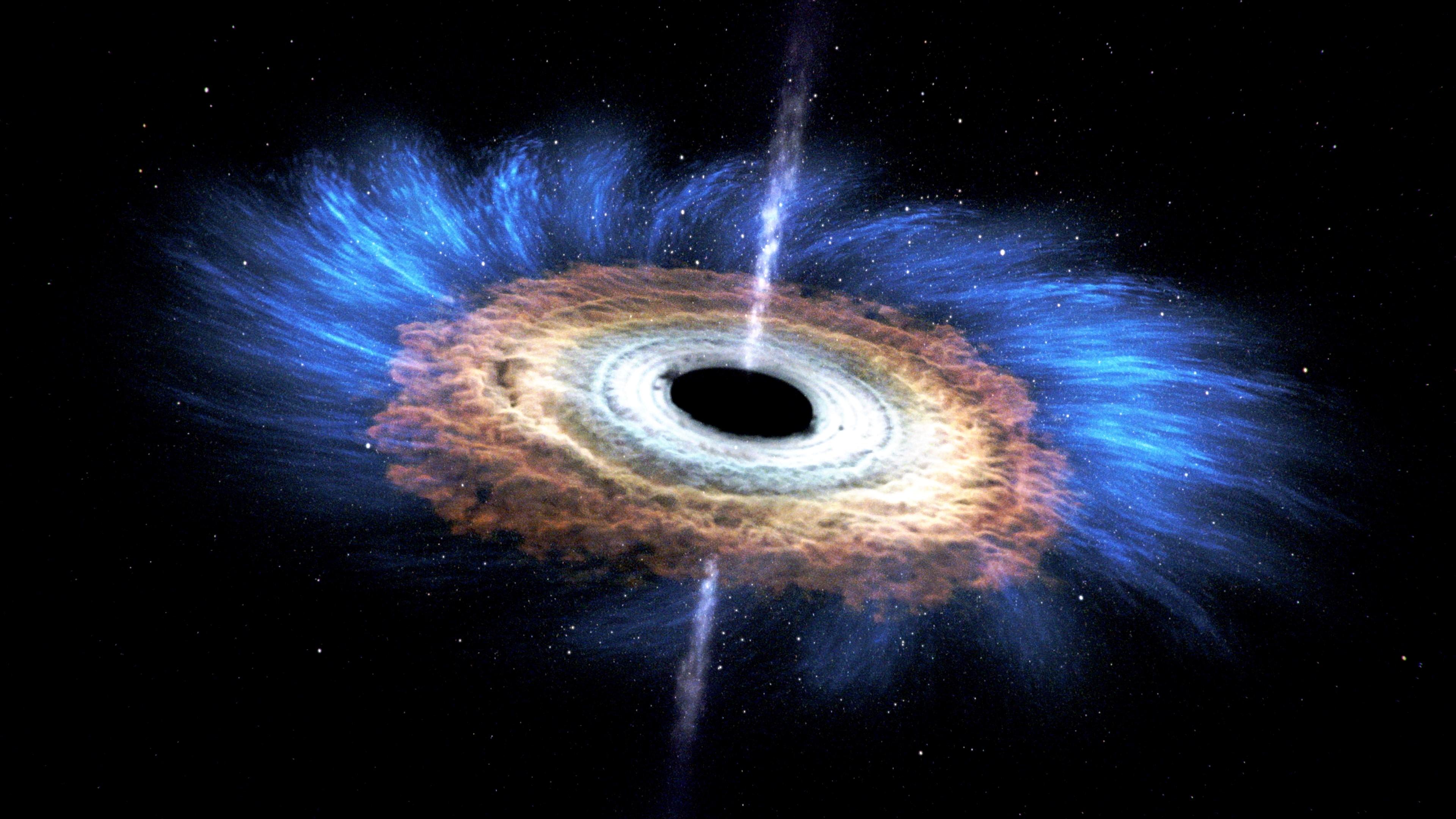 A star’s long-ago death dive into a black hole generated cosmic fireworks that are revealing more and more about the dramatic encounter.

The star got too close to its galaxy’s central black hole about 290 million years ago, and collisions among its torn-apart pieces caused an eruption of optical, ultraviolet and X-ray light that was first spotted by scientists in 2014.

Fresh observations of this radiation by NASA’s Swift telescope have yielded more details about where these different wavelengths were generated in the event, which is called ASASSN-14li, a new study reports. [The Stranges Black Holes in the Universe]

“We discovered brightness changes in X-rays that occurred about a month after similar changes were observed in visible and UV light,” study lead author Dheeraj Pasham, an astrophysicist at the Massachusetts Institute of Technology, said in a NASA statement. “We think this means the optical and UV emission arose far from the black hole, where elliptical streams of orbiting matter crashed into each other.”

The doomed star harbored about the same mass as Earth’s sun, making it no match for the 3-million-solar-mass black hole that it encountered, NASA officials said. Tidal forces within the black hole overcame the star’s gravity, tearing the star apart into a debris stream.

Next, the debris from this star formed a spinning accretion disk, with the matter compressing and heating before falling into the black hole.

The new research suggests that interactions among the debris could generate the optical and UV emission. That’s because the debris falling into the black hole at first overshoots it, zinging back out in an elliptical orbit and colliding with incoming pieces, study team members said.

This helps clarify earlier work, which shows that UV and optical wavelengths appeared to be located far from where the black hole’s tidal influence would destroy the star.

“Returning clumps of debris strike the incoming stream, which results in shock waves that emit visible and ultraviolet light,” said acting Swift principal investigator and study co-author Bradley Cenko, of NASA’s Goddard Space Flight Center in Greenbelt, Maryland. “As these clumps fall down to the black hole, they also modulate the X-ray emission there.”

The new study was published last week in The Astrophysical Journal Letters.