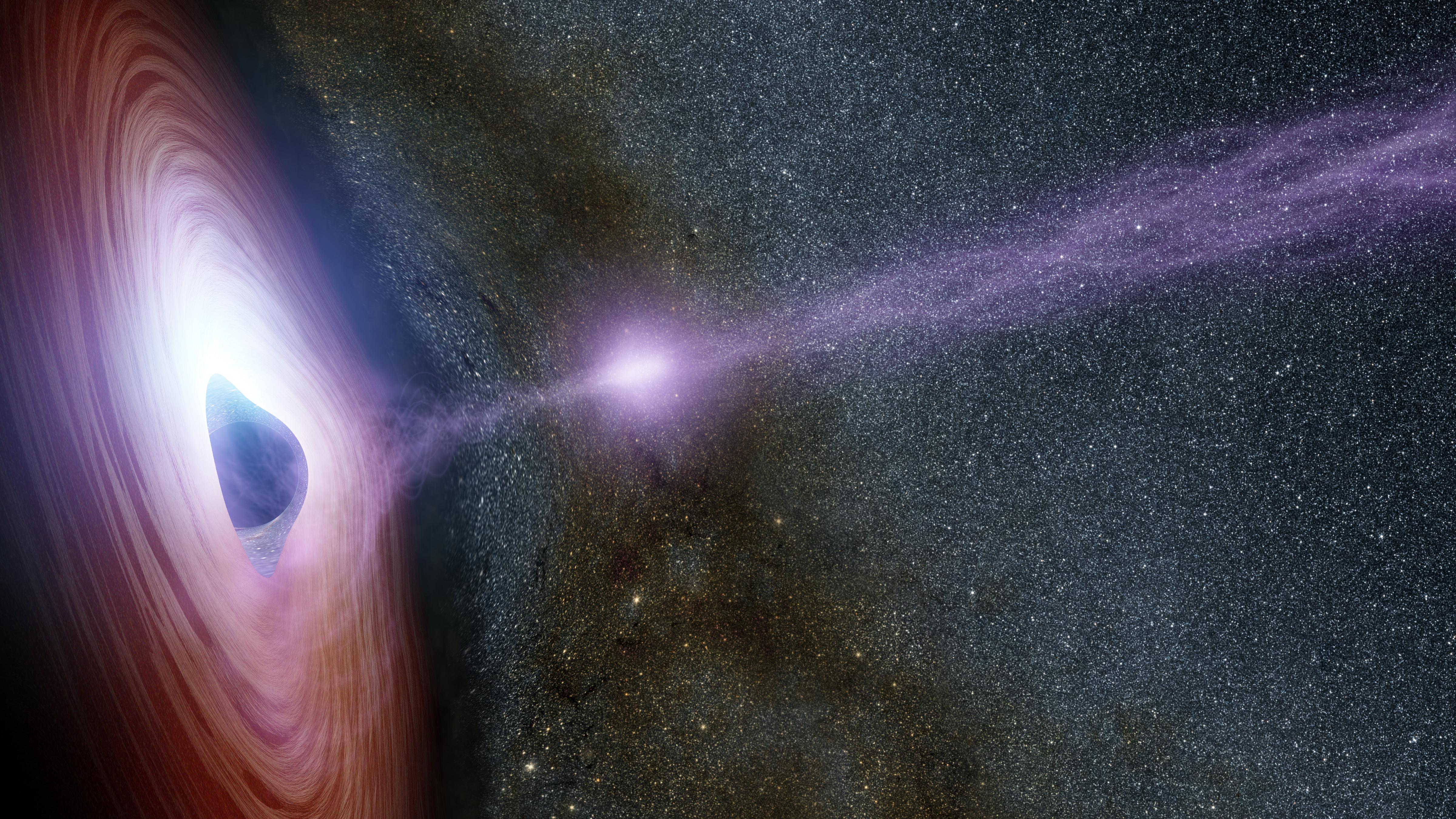 It's an impressive image: A flare of purplish-blue X-ray lights swirl above a supermassive black hole.

A series of artist concept images released from NASA's Jet Propulsion Laboratory depict a so-called X-flare issuing from a supermassive black hole in distant galaxy Markarian 335. They are based on data gathered in 2014 from NASA's Nuclear Spectroscopic Telescope Array (NuSTAR) and Swift space telescopes that for the first time gave NASA the chance to connect the observation of a shifting corona to an X-ray flare.

"This is the first time we have been able to link the launching of the corona to a flare," said Dan Wilkins of Saint Mary's University in Halifax, Canada, lead author of a new paper on the results published in the Monthly Notices of the Royal Astronomical Society. "This will help us understand how supermassive black holes power some of the brightest objects in the universe."

Scientists know that coronas -- highly energetic particles that generate X-ray light -- are found near black holes, but they don't know what they look like. In these images, the corona is depicted as a ball of light above the black hole, representing one of a pair of theories about their shape.

By combining the observations of Swift and NuSTAR, experts were able to surmise that they had witnessed the corona shifting.

The reason behind why coronas shift remains mysterious, but researchers concluded that this process results in X-ray lights that are so bright that they can be observed by telescopes. Before a corona shifts, an effect called relativistic boosting takes place, where X-ray light from a corona reflects off the swirling disk of material surrounding the black hole. This material travels at the speed of light, and the X-rays brighten up, showing up brightly on one side of the disk. On the other side, the X-ray light dims.

Beyond this, relativistic boosting can also occur when the corona collapses after initially shooting off from the black hole. As the corona heads off into space, the light brightens, leading to visible X-ray flares.

The astronomers determined that what they saw was the ejection and eventual collapse of the black hole's corona, in which the corona first gathered inward and then "launched upwards like a jet."