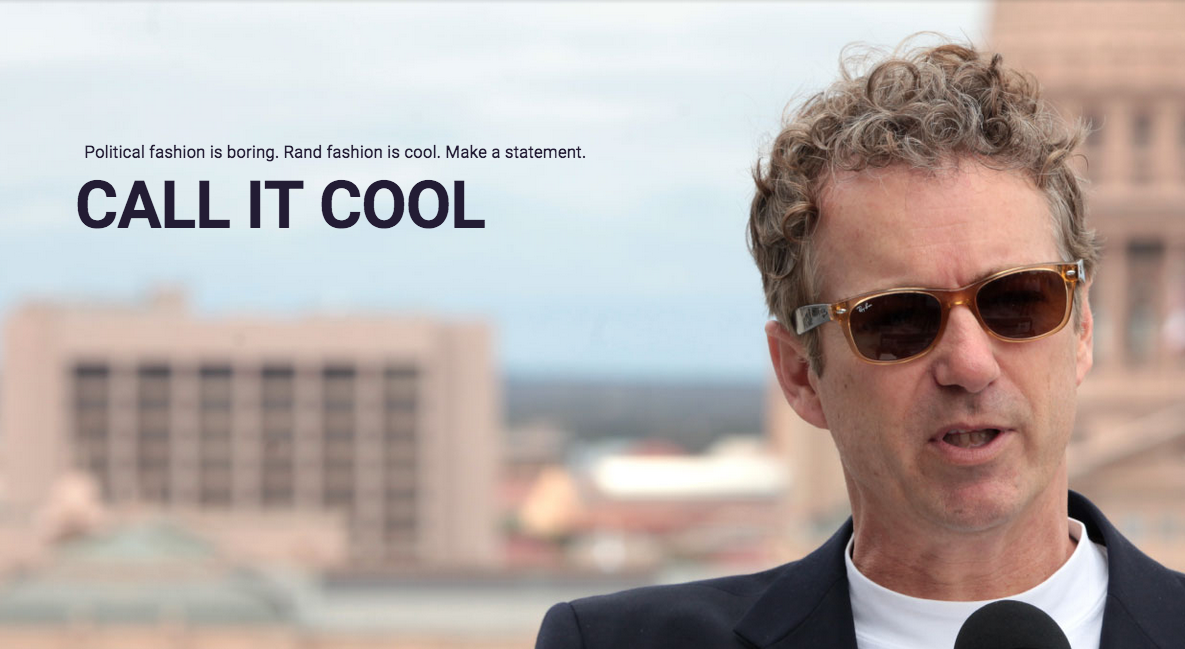 You can buy the obligatory bumper stickers, and t-shirts, of course. But Paul's campaign is offering a surprisingly wide variety of branded merchandise, including some unusual items that allude to his unique political platform.

In an ode to his crusade against government surveillance programs, Paul's website is selling an "NSA Spycam Blocker," a $15 device that clips onto the top of a laptop to block the built-in webcam. "That little front facing camera on your laptop or tablet can be a window for the world to see you - whether you know it or not!" the website warns. "Stop hackers and the NSA with this simple camera blocker. Safe and practical."

Nodding at Paul's critique of U.S. drone policy, the website also offers a t-shirt that reads, "Don't drone me, Bro!" The $20 t-shirt, the website explains, is a "classic for any Rand supporter." And because nothing kills a joke like explaining it, the website helpfully adds, "Combining the Rand Paul filibuster for privacy with an Internet meme of a person yelling at police, 'Don't taze me bro.'"

If you feel a strong attachment to the U.S. constitution and you have an extra $1,000 lying around, you can buy a copy of the constitution signed by Paul himself. "It's hard to find a greater defender of the U.S. Constitution in the Halls of Congress than Rand Paul," the website proclaims.

There's also the "Rand Paul Eye Chart," available for $20.16, a reference to Paul's career as an ophthalmologist. "We need a president who can see clearly, so why not start with one that knows vision and sight better than any other candidate," the website says. "Professionally, he has corrected the vision of thousands and now will do the same thing in the White House...and we're not talking about a new prescription for President Obama."

If you and your fellow Paul aficionados are having a party, you can get Rand-themed koozies, several different types of beer mugs, and a beanbag toss game bearing Paul's new slogan, "Defeat the Washington Machine, unleash the American dream."

And once you're tired out from all the partying and crusading for liberty, you can curl up on your couch under a blanket bearing Paul's likeness ($75), open your iPad (clad in a $35 Paul-themed case), and watch the latest movie adaptation of your favorite Ayn Rand novel.

The only other declared 2016 candidate, Texas Sen. Ted Cruz, is lagging far behind Paul when it comes to campaign merchandise. Cruz's website does not yet have a "store" section, though Catherine Frazier, a Cruz spokeswoman, told the New York Times last week that the campaign is working on fixing that.