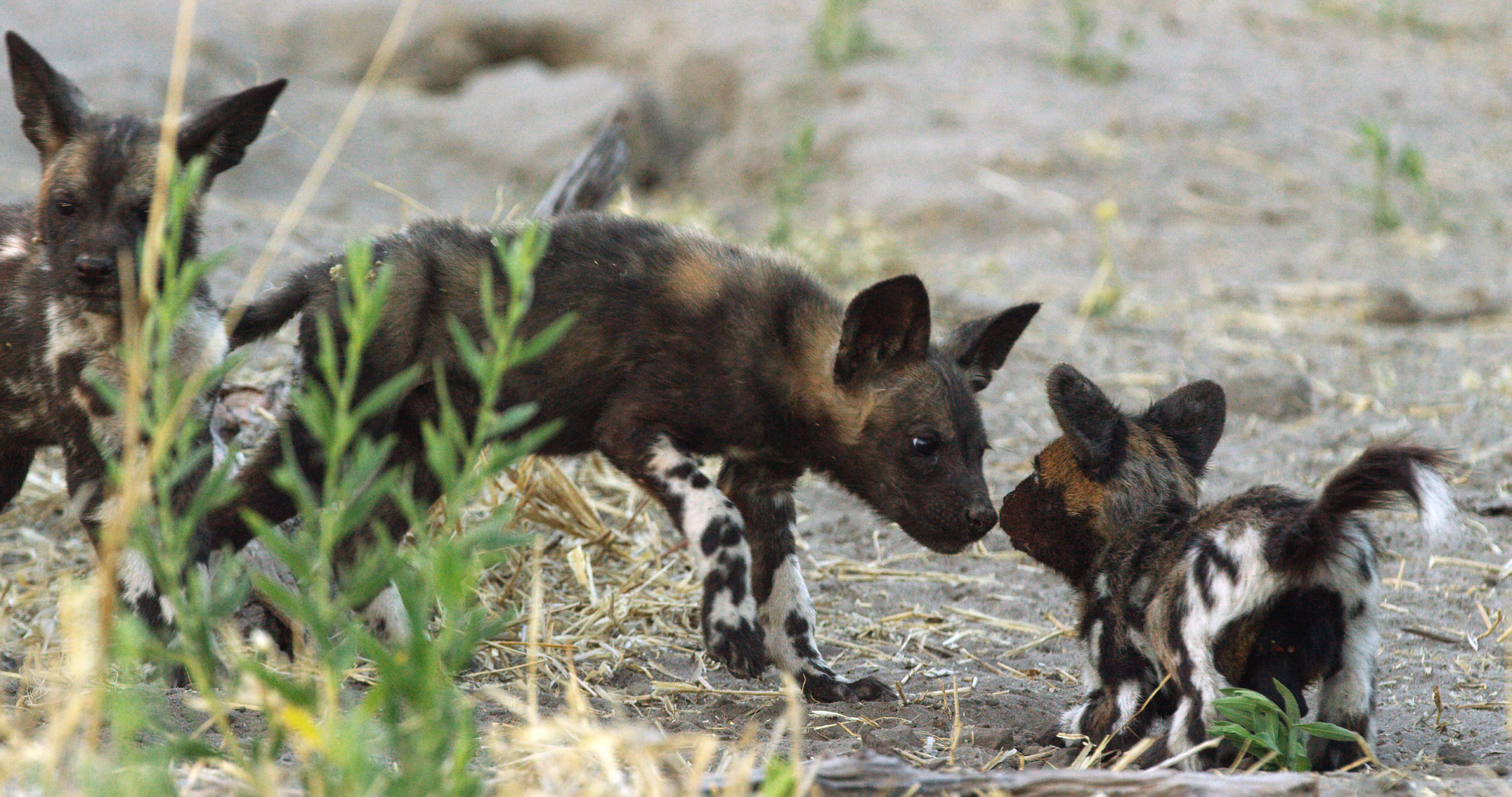 If you’ve ever wondered how animals behave when humans aren’t watching, “Spy in the Wild” offers a unique glimpse into the natural world. The 5-part PBS Nature mini-series turns its lens on wildlife by placing incredibly lifelike animatronic cameras in their habitats and recording how members of the species interact.

CBS News spoke with “Spy” producer Rob Pilley about what went into making the more than 30 animal “spy cams” and some of the behind-the-scenes ups and downs of filming in such an unusual manner among crocodiles, hippos, elephants and other wild animals.

“We’ve been making the ‘Spy’ series for the past 16 years and this ‘Spy in the Wild’ is certainly the most advanced one,” said London-based Pilley.

Early on in the series, the show embedded dung- and rock-shaped cameras in forests, fields and even icebergs, so they could secretly watch wild animals, hoping to capture behaviors the creatures might not demonstrate if they saw or sensed humans filming nearby.

“You could get amazing images with the boulder and dung cameras. By being incognito, you could get under their feet and not be noticed. If we can use rocks and logs and pieces of ice and snow for penguins, we said that’s all well and good, but what about if the camera was a penguin?” said Pilley.

So they tried penguin-shaped cameras and suddenly “the whole world shifted.”

“We weren’t observing anymore, but we were part of it. Suddenly we were being courted with by a male penguin,” said Pilley.

Their filming equipment for the current series has evolved by leaps and bounds to include animatronic orangutan, elephant, baby crocodile, meerkat, prairie dog, sloth, squirrel, baby hippo cameras and more.

Pilley said this time around, they wanted to focus on animal relationships – qualities human viewers might relate to, such as love, grieving, mischief and intelligence.

“All the major elements of human life. And we thought, what are animal subjects that would fit the bill the best?” said Pilley.

“Each creature has been thought about a lot. We asked, what is it trying to achieve? How can it be done as ethically as possible?” said Pilley, who holds an undergraduate degree in zoology and a masters degree in biodiversity.

“We asked them, how would the [real] animals work with spy creatures? And if the message was negative, we would not use it.”

For instance, they considered creating a baby elephant camera, but elephants are highly intelligent and emotional and would have seen right through the masquerade, said Pilley. A robotic baby elephant could upset a herd, the producers learned, so they created a spy egret instead, a type of bird that lives closely among elephants.

Robotics experts and special effects pros collaborated with the producers to design and build the “spy cams” to make them appear as lifelike as possible while still able to perform their filming job. London animatronic designer John Nolan played a big role, drawing on a background in model-making, prosthetic design, engineering and makeup. Nolan has worked on the Harry Potter films and “Where the Wild Things Are,” to name a few.

Unlike working on fictional films, Nolan said in a podcast on PBS.org that his team’s challenge with “Spy” was “to basically cheat nature.” First they studied animal movements closely, “how the anatomy worked under their skin.” Then they moved on to sculpting the animal’s naked form (free of fur and feathers) in clay. That sculpture is then used to create a fiberglass mold. They use 3-D technology to determine the metal parts they’ll need to build the moving parts and then construct the robotic animal, adding motors to drive the movements. After that, the skin and feathers or fur is applied and a camera is installed in the model animal’s eye.

Creating an individual animal camera could take anywhere from 6 weeks up to 6 months. A worm-like grub was the easiest to make, while creating an authentic-looking orangutan was far more complicated.

Sometimes making it as lifelike as possible was challenging.

“You can have an amazing robot that can walk well but as soon as you apply silicone glaze – the skins we use on various devices, some are made of silicone or latex – it can change the movement,” said Pilley.

Pilley said there was no more exciting yet anxious moment than when they went out into the wild to place their creatures in the environments where they would spy. The crew would head out before dawn or after dark – when animals were not around – to set things up and then they would retreat to a blind to watch remotely.

“With the crocodiles, we were on a boat in the middle of the Nile a couple of hundred meters away,” he said.

It’s a nerve-wracking moment when the real-life animals approach the animatronic spy cams.

“Tens of thousands of dollars were spent making the upper-end ones. As a result, when you do deploy them, you’re very cautious, very wary. You always treat the spy creature as if their first deployment is their last. It’s like stepping into space. What are the animals going to do to it?” Pilley said. A Wi-Fi signal sends back information telling the crew if the camera is still recording.

Sometimes the cameras break. One “egg” cam was stolen by a bird and dropped into the sea. Numerous cameras shaped like crocodile eggs were destroyed in the process of filming a mother croc that was trying to help them hatch.

“A real crocodile mother, any eggs that haven’t hatched properly, the mother turns the egg inside her mouth. The eggs of a croc are like leather. So she turns it in her mouth and encourages the baby to pop out. The egg cams were made of fiberglass and carbon fiber and the mom thought they hadn’t hatched and put them in her mouth and it resulted in them getting smashed. She was trying to help them hatch but it was a learning process for us,” said Pilley.

Pilley said the joy of doing this work is discovering never-before-seen behaviors in animals.

“We are literally pioneering, stepping into this new world of animal behavior as if you are part of that behavior. Filming this way, the whole world is our oyster. Suddenly, the mind boggles and takes the viewer on this amazing journey.”

The scientific community is enthusiastic about their work, too.

“Every series we make, we’re embraced by scientists who say, hey you’ve just showed something we’ve thought about for years but have never proved before,” Pilley said.

The animal-inspired spy cams are “not just gimmicks,” he said. “All are built as a filming tool to allow us to step into a particular behavior, to engage with the animals.”

Does the producer have a favorite spy camera? He loves them all, but says, “If you pushed me, the baby spy crocodiles. They’re so dinosaur-like and so cute and yet they have one of the most dangerous jobs to do, to go into the jaws of a crocodile. They’ve done what no camera has done before.”

The series recently aired on PBS and you can catch episodes of the show streaming at http://www.pbs.org/wnet/nature/.