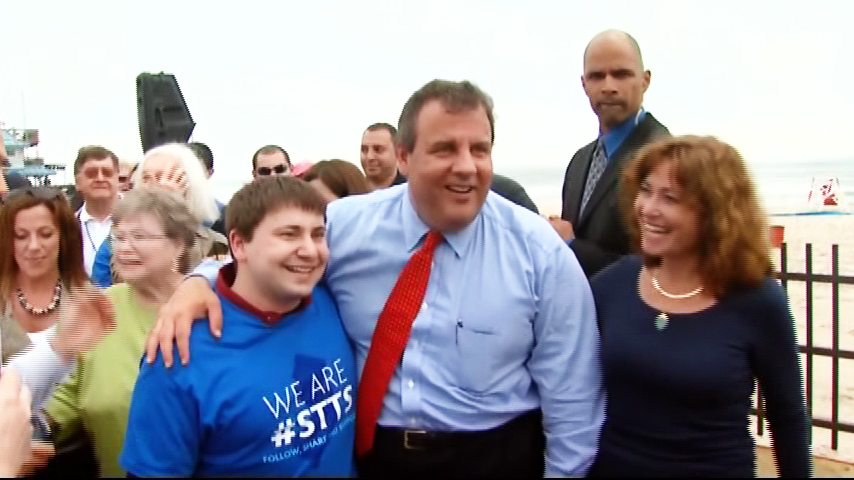 Christie told Michigan's Republican delegation in Ohio Monday that his wife, Mary Pat Christie, asked the billionaire businessman for a donation. "One of her first calls was to Donald Trump. And it wasn't a long phone call. He said, 'Mary Pat, I like Chris, but I'm scared of you.' He said, 'How much does the check need to be? Just tell me and I'll send it.'"

But Trump isn't listed in a final report thanking the more than 150 people and companies that donated at least $25,000 to the Hurricane Sandy New Jersey Relief Fund effort run by Christie's wife, Mary Pat, after the devastating 2012 storm.

Trump has been called out previously for failing to donate to charities even after promising he would, including his own charitable foundation. However, in this case, there was no indication Trump ever promised to make such a donation in the aftermath of Sandy.

"The Governor misspoke this morning," said Christie spokesman Brian Murray. "Mr. Trump has given to other New Jersey charities, including the Drumthwacket Foundation."

Trump's foundation did donate $20,000 between 2012 and 2013 to the Drumthwacket Foundation, a separate entity run by Mary Pat Christie dedicated to New Jersey's governor's mansion. Christie and his wife do not live in the home in Princeton, but the governor and his wife have frequently used it to host events.

The day after Sandy, Trump extended the deadline for an offer to make $5 million in donations if President Barack Obama made all of his school and passport records public. Trump said that "could have provided substantial aid to a variety of great causes, including the victims of Hurricane Sandy."

A spokeswoman for Trump didn't immediately respond to a request for comment.

A final report issued in 2015 includes 151 people and companies that donated at least $25,000 to the cause, including a $1 million donation from New Jersey rocker Jon Bon Jovi and his band. But Trump isn't listed. IRS documents for Trump's charitable foundation also show no donations to the charity between 2012 and 2014.

Christie was a runner-up to be selected as Trump's vice presidential running mate and has been a strong supporter of Trump since shortly after ending his own campaign.

Superstorm Sandy became a defining moment of Christie's time in office, for both his response to helping residents deal with the devastation and his embrace of President Barack Obama, who came to tour the damage about a week before he won re-election over Mitt Romney.