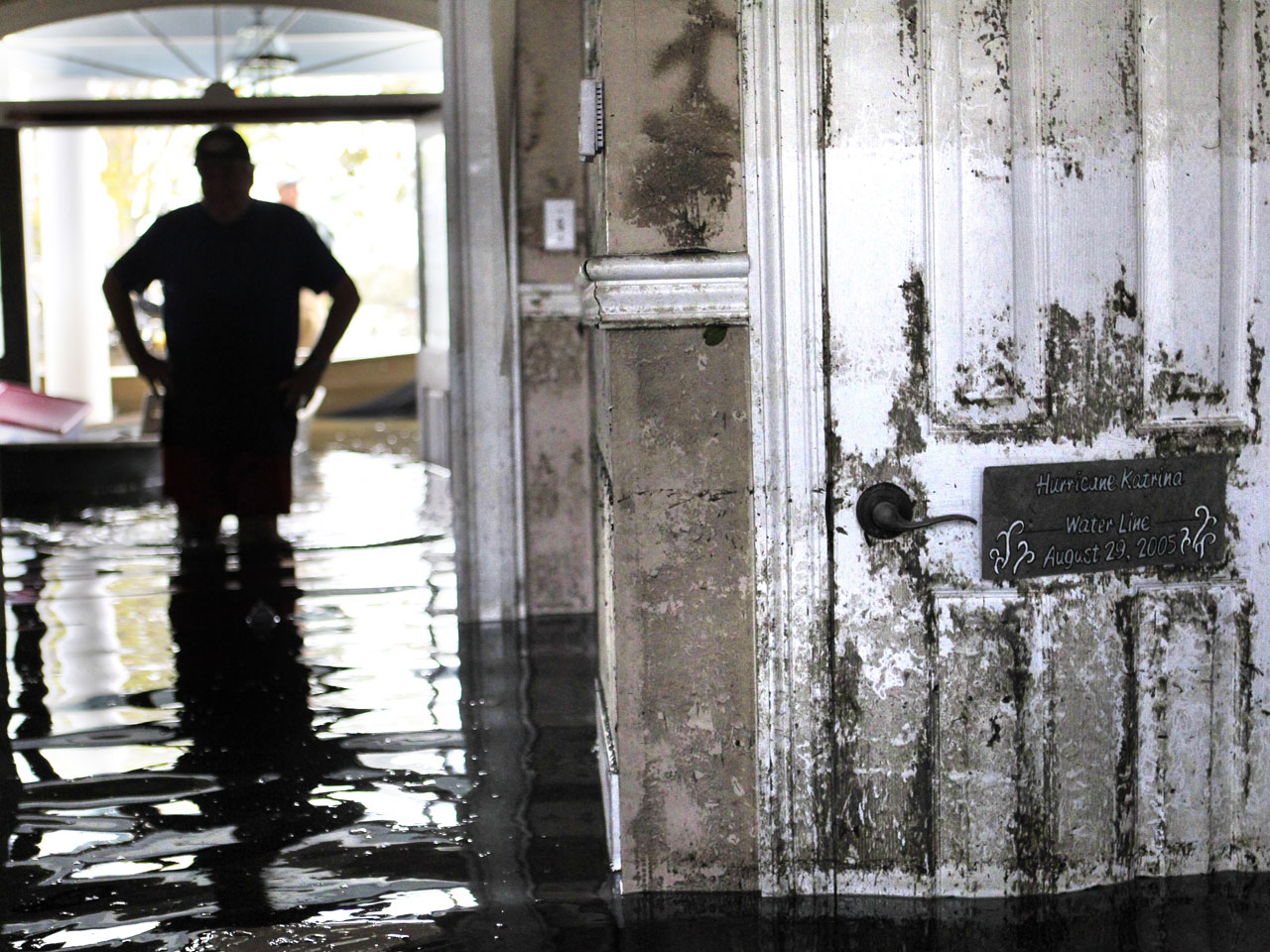 (AP) NEW ORLEANS - If a well-traveled remnant of last week's Hurricane Isaac becomes a tropical system in the Gulf of Mexico, it would be a rare but not unprecedented event, forecasters say.

In 2005, a remnant from a tropical depression that dissipated near Puerto Rico eventually became part of a new depression, which became the catastrophic Hurricane Katrina.

"This is the only example that we can find in the modern era where the partial remains of a system went on to regenerate and, so, get a different designation," National Hurricane Center meteorologist Todd Kimberlain said Thursday.

Isaac struck the Gulf Coast last week, dumping heavy rain across southern Louisiana, Mississippi and Alabama and pushing in storm surge that led to widespread flooding. Thousands of homes were damaged in Louisiana, and many were left without power for days. It then moved inland across Arkansas and through the Midwest before coming back down over the Gulf.

On Wednesday, National Weather Service meteorologist Shawn O'Neill referred to the remnant as "the spawn of Isaac."

Other systems have lost tropical characteristics over land and become tropical storms again over water. Classifying a system as tropical depends on scientific measurements to determine its circulation and how well organized the system is, among other factors.

Hurricane Ivan in 2004 lasted more than 22 days in one form or another from the time it was born as a tropical depression, according to online Hurricane Center archives. It walloped south Alabama and the Florida panhandle as a Category 3 hurricane, then lost tropical characteristics as it traveled north and then went back out to sea off the coast of Delaware, Maryland and Virginia.

Then it headed south, crossed Florida as a low pressure system and became Tropical Storm Ivan again in the Gulf. It hit Louisiana as a tropical depression.

The area of disturbed weather in the Gulf is a different phenomenon. If it becomes a tropical cyclone, it would get a new name — next on the list is Nadine. That's because it is not the same circulation system that hit southeast Louisiana and coastal Mississippi last week, causing severe flooding and seven deaths.

The circulation of Isaac dissipated over the Ohio valley several days ago, Kimberlain said. What drifted back down south was only a small piece of the system.

As of Thursday, the Isaac remnant was given a 40 percent chance of strengthening into a tropical cyclone. Dry air and upper-level winds were preventing it from getting stronger Thursday.

However, it was not yet clear how long those conditions would last, nor how an approaching cold front would affect the system. Furthermore, if the system does become a tropical depression, it is too soon to tell how strong it might become or exactly what path it might take.

Louisiana Gov. Bobby Jindal has been briefed on the system each day, said Christina Stephens with the governor's emergency office. Currently, any storm that develops is expected to be swept to the east by the cold front, she said. However, residents are being told to monitor developments.

Meanwhile Thursday, fewer than 10,000 people remained without power because of Isaac, down from more than 900,000 at one point. The Federal Emergency Management Agency has also expanded eligibility for assistance grants to 16 counties. More than 7,000 people have been approved for more than $16 million in aid so far.