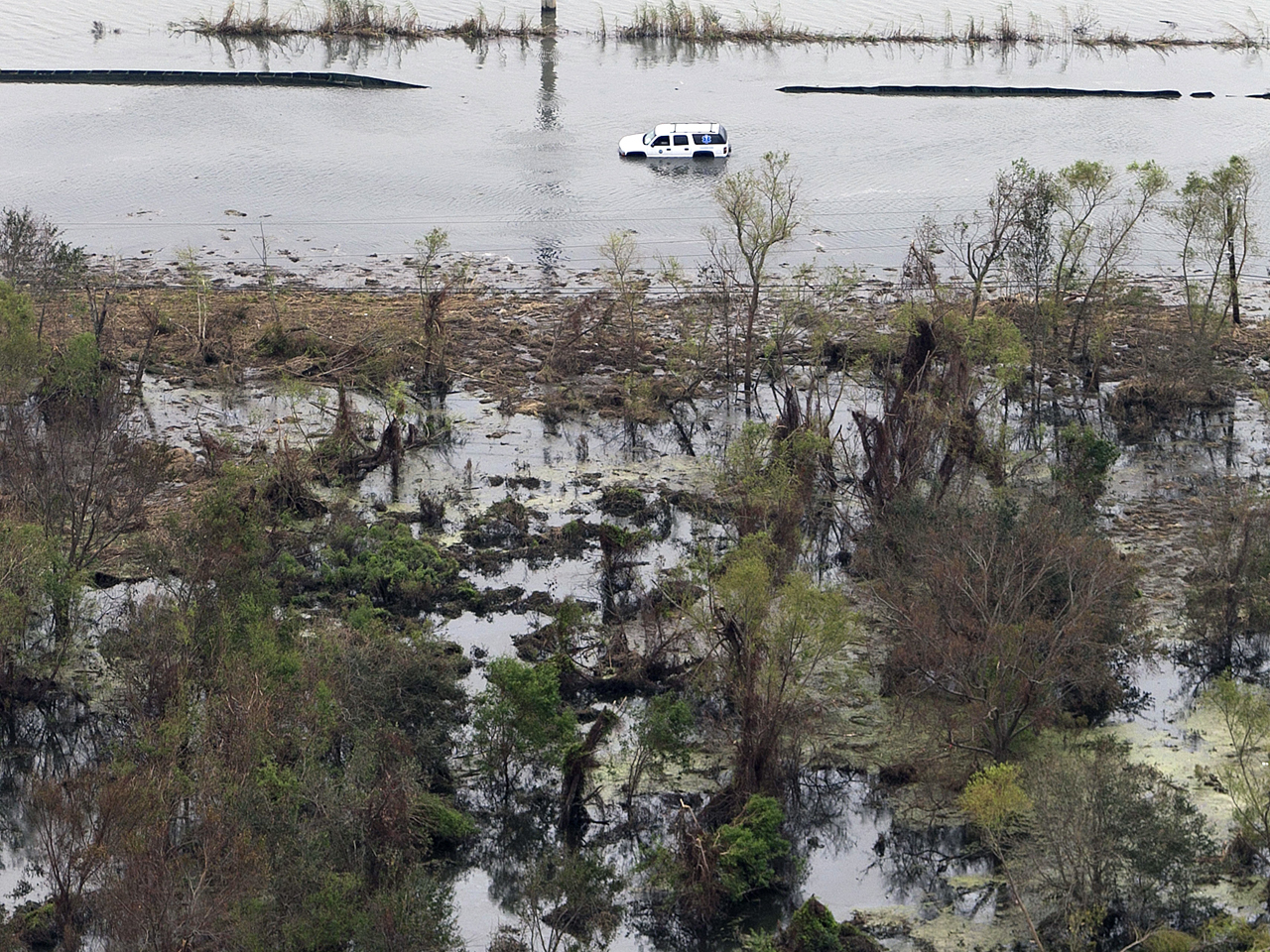 Tests run by Louisiana State University for state wildlife officials confirmed that oil found on Elmer's Island and Grand Isle matched the biological fingerprint of the hundreds of millions of gallons of oil that spewed from BP's Macondo well.

Old oil washes up on La. beaches after Isaac

On Wednesday, BP PLC said oil from its spill had been exposed by Isaac's waves and that the company would work to clean it up.

Ed Overton, the LSU chemist who did the state tests, said the oil found on Elmer's Island had not degraded much while oil at Grand Isle had.

"Both were good solid matches on Macondo oil," Overton said.

Two other samples collected from another barrier island did not match the signature of oil from the BP well.

Experts expected that hurricane waves would stir up oil buried along the Gulf Coast and that Isaac, which made landfall on Aug. 28 and soaked the region in the days afterward, apparently did just that. Reports of tar balls washing up on beaches after the storm were reported in Alabama and Louisiana, two states that got hit hard by BP's massive offshore oil spill.

On Tuesday, scouts found what they described as a large tar mat on the beaches of Elmer's Island, prompting state officials to close a 13-mile stretch of beach and restrict fishing along that shoreline.

Still, Overton said the discovery of the buried oil does not mean that the Gulf is seeing a repeat of the summer of 2010, when oil was spewing from an out-of-control well about 55 miles off the Louisiana coast.

"This is not oil everywhere," Overton said. He said the difference between the amounts of oil being exposed now by Isaac and what the Gulf saw in 2010 is "night and day."

Still, he said more oil was likely buried in other places along the coast, perhaps as deep as 3 feet. He said the difficulty for cleanup crews has been finding and removing buried oil.

BP still has hundreds of cleanup workers on the Gulf Coast after the Deepwater Horizon drilling rig exploded, killing 11 workers and leading to the nation's largest offshore spill. Beaches, marshes and seafood grounds from Louisiana east to Florida were fouled for months.

A spokesman for the oil company said Wednesday some of the newly washed up oil was from the spill, but some of the crude may be from other sources, too.

"If there's something good about this storm, it made it visible, where we can clean it up," BP spokesman Ray Melick said.

Melick said the company was working with the Coast Guard, state officials and land managers to clean up the oil on the Fourchon beach in Louisiana. He said crews would be there Thursday.

In Alabama, officials said the tar was more of an unsightly nuisance than a health hazard, describing globs as ranging in size from a dime to a half dollar coin. They are still testing the oil for its source.

"I do believe we are going to be dealing with this for years," said Grant Brown, a spokesman for the city of Gulf Shores, Ala.

In Mississippi, officials have so far spotted only about a couple dozen tar balls on beaches. Most have turned out to be reddish-brown bacteria, which commonly washes ashore after storms.

BP has spent millions of dollars on its public relations campaign, but the company has not said exactly how much it has invested. Its cleanup and response costs over the last two years were more than $14 billion and more than 66 million man-hours have gone to protect and treat the Gulf shoreline, the company has said. The company has been touting Gulf Coast tourism and urging people to "come on down."

Garret Graves, a top coastal aide to Louisiana Gov. Bobby Jindal, accused BP of not being aggressive enough with its initial cleanup.

If they would put just a fraction of the dollars they're putting into their PR campaign into cleanup, we'd certainly be much farther ahead than we are now," he said.