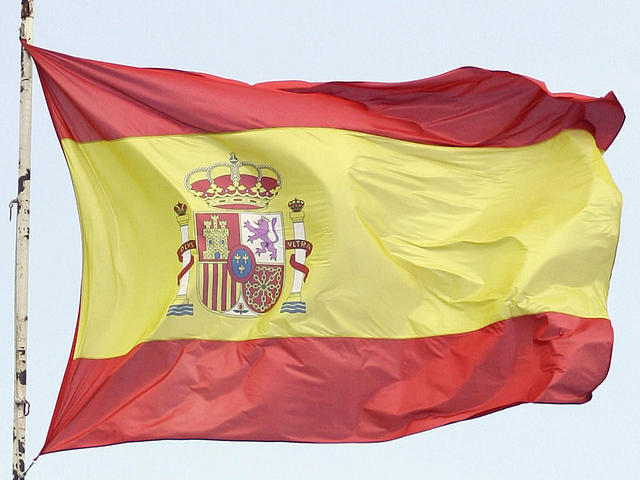 (MoneyWatch) As Spain searches for ways to rescue its ailing financial system, new data show that Spanish citizens and companies are pulling funds out of the nation's banks at a record pace.

A report from the Bank of Spain showed that depositors withdrew $119 billion out the country's lenders in the first quarter of the year. Of that total, $82 billion was withdrawn in March alone, the fastest rate since the bank began tracking these numbers in 1990. Indeed, the situation could be even more dire.

"My concern is that we haven't yet seen the most recent numbers, which could be far worse," Raj Badiani, an economist with research firm IHS Global Insight, told The Financial Times. "We are seeing a perfect storm."

Analysts: Europe bank run is under way
EU bank crises worsens as Bankia suspends stock
Why the Greeks will vote to default

The flow of capital leaving Spanish banks predates the collapse of Spain's fourth-biggest lender, Bankia, two weeks ago. Bankia, which is wracked by losses from bad real estate investments, has told the government it needs $23 billion in capital or face collapse.

The Spanish government, already overwhelmed with debt problems in its regional governments and at most of its other banks, is desperately trying to avoid an international rescue. Madrid is concerned this would worsen the situation by further weakening what little investor confidence remains in the nation's economy.

Over the weekend, Spanish Prime Minister Mario Rajoy called for creation of a centralized EU-wide bank system to recapitalize lenders. He has also proposed instituting so called "eurobonds," or joint debt that would be guaranteed by EU governments.

Yet German Chancellor Angela Merkel on Monday reiterated her concerns about both remedies. Steffen Seibert, a spokesman for her government, said Madrid should instead ask the IMF for aid. "It's up to national governments to decide whether they want to avail themselves of aid from the backstop and accept the conditions linked to it, and that of course also applies to Spain," he said. He also said that while eurobonds were feasible, it would first require many years of increased integration among EU nations.

Merkel's preferred solution is a strong central authority to manage euro-area finances, along with major new powers for the European Commission, European Parliament, and European Court of Justice. EU leaders will hold a summit at the end of the month to consider all a range of proposals.