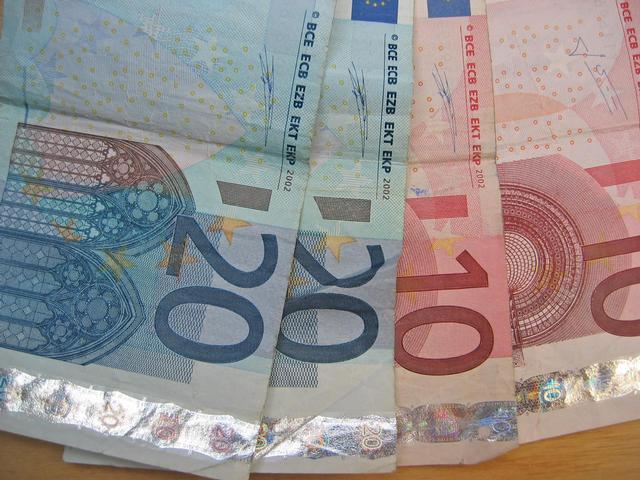 (MoneyWatch) It used to be that you knew a bank run was under way when you saw crowds outside a bank trying to get in and get their money. This is another thing that online banking seems to have gotten rid of. Despite the lack of crowds, many analysts believe what had been a "jog" by big European investors (with the exception of Germany) is now a sprint.

On Monday Gavyn Davies, who chairs Fulcrum Asset Management and is an adviser to the British government, wrote in the Financial Times:

A bank run is now happening within the eurozone. So far it has been relatively slow and prolonged, but it is a run nonetheless. And last week, it showed signs of accelerating sharply, in a way which demands an urgent response from policy-makers.

This was followed on Tuesday by a report from Citi analyst Matt King who applied Greece, Ireland, and Portugal's documented withdrawal rates to Spain and Italy:

In Greece, Ireland, and Portugal, foreign deposits have fallen by an average of 52 percent, and foreign government bond holdings by an average of 33 percent, from their peaks. The same move in Spain and Italy, taking into account the fall that has taken place already, would imply a further $272.17 billion and $270.9 billion in capital flight respectively, skewed towards deposits in the case of Spain and towards government bonds in the case of Italy....Economic deterioration, ratings downgrades and especially a Greek exit would almost certainly significantly accelerate the timescale and increase the amounts of these outflows.

EU running out of time as Greece nears the exit
What will happen if Greece leaves the Euro?

The widely read Zero Hedge blog supplemented its report on King's remarks with an amazing set of charts which show how grim the situation is:

Wednesday saw the release of a report from Nomura analysts showing that the exodus of funds wasn't limited to banks and had been increasing since March:

Portfolio investments saw a net outflow of $44.58 billion (compared with February net inflows of $24.2 billion). The main reason behind the negative overall portfolio flows was the activity of eurozone investors, who bought $76.43 billion of foreign assets, mainly bonds and money market instruments. This is the largest foreign investments in almost 1.5 years.

There was further proof of the capital racing out of most of the EU on Thursday as the Financial Times reported: "Some of Europe's biggest fund managers have confirmed they are dumping euro assets amid rising fears over a possible Greek exit from the eurozone and single currency turmoil."

Today's news of Bankia, Spain's 4th largest bank, suspending its stock and Moody's downgrade of some Nordic banks which many had assumed safe has only added fuel to the fire.

Since the financial crisis started, commentators have gone out of their way to avoid using the phrase "bank run" because it is so incendiary. That has changed in the last seven days and the general public has noticed. Searches for for the phrase "bank run" on Google hit at an all-time high this week, outpacing even the weeks after the collapse of Lehman Brothers in 2008.

How Aldi is beating Walmart in the grocery aisle

Here's what the U.S. imports from Mexico
Constantine von Hoffman