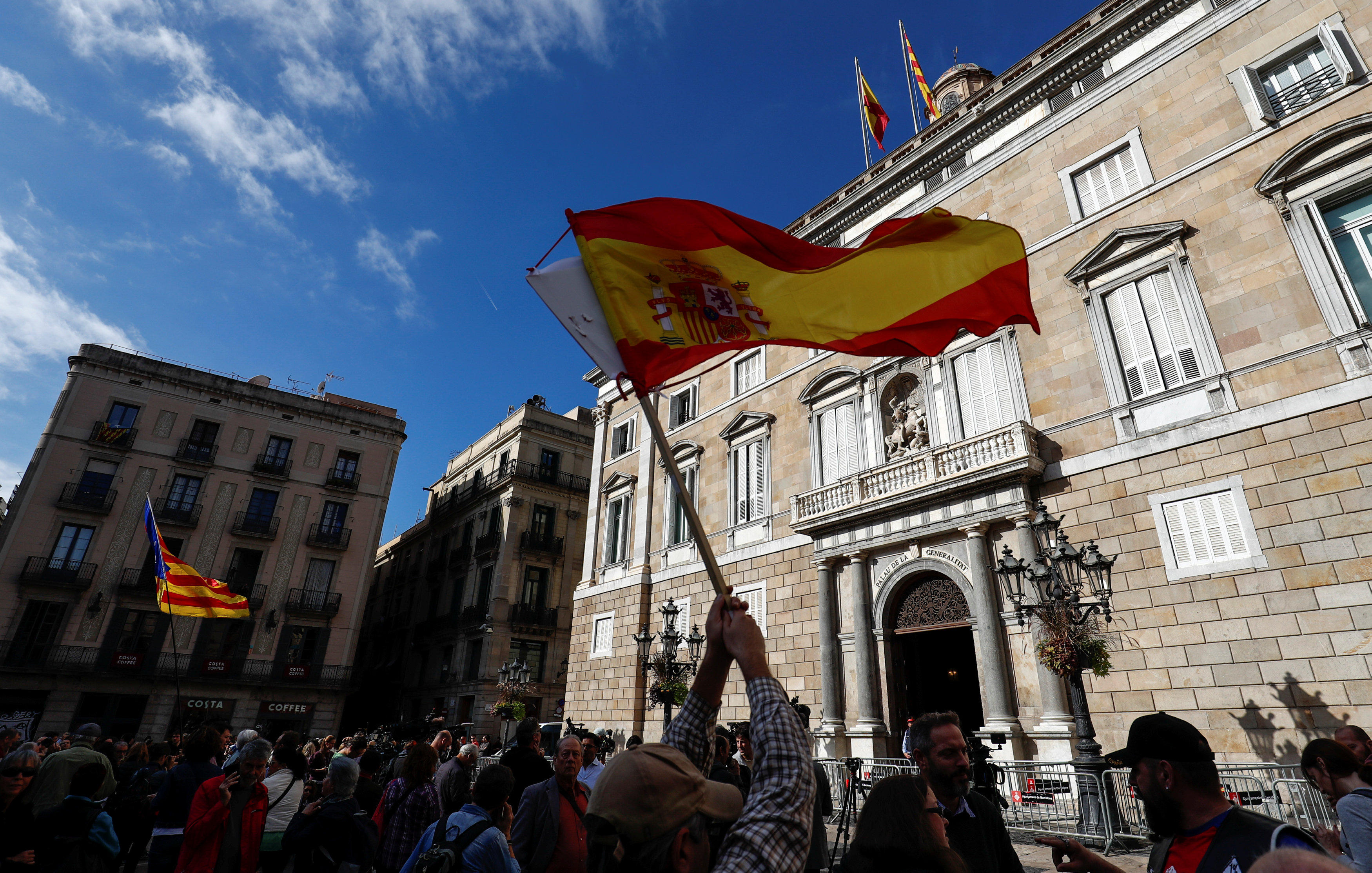 Spain's Attorney General Jose Manuel Maza called for charges of rebellion, sedition, and misuse of funds against Catalan's dismissed leaders on Monday. Spain's legal system requires that the requests to go to a judge for consideration.

However, in a surprise victory over the weekend, top-ranked soccer team Real Madrid and its Cristiano Ronaldo were defeated by the underdog Girona, the home team and hometown of separatist leader Carles Puigdemont, CBS News correspondent Seth Doane reports. The political parallels were hard to ignore, Doane says: Mighty Madrid against a much scrappier opposition.

In Girona, where pro-independence signs were posted around town, Jordi Pages told CBS News that he doesn't consider himself Spanish.

"The legal powers and the economical powers and all the diplomacy is in Spain," Pages said, "but we have a lot of support from the people (and the democracy itself)."

Former Catalan president Carles Puigdemont, who was fired from his post, didn't make any public gestures of stepping-down over the weekend, and in Girona, he was treated like a star.

Puigdemont "promised a referendum, he promised to give us a republic, and he's done what he promised, because this is what we voted," said Girona resident Montse Quesada.

But the independence vote in Catalonia were seen as illegal by Spain's central government, as well as hundreds of thousands of protesters who planted the Spanish flag in Barcelona on Sunday. They shouted, "We are also Catalans", "Long live Spain" and "Catalonia is part of Spain."

"The world has to see that we are not two or three," demonstrator Mar Prieto told CBS News.

Along with the flags, the ingredients for the Catalan dish Pa Ambtomaquet - bread and tomato - were carried by people in the crowd. When asked whether Spain and Catalonia should remain together like the dish's two ingredients, one demonstrator said, "Yeah. Always, always. We have a delicious country, and we have to keep it together."