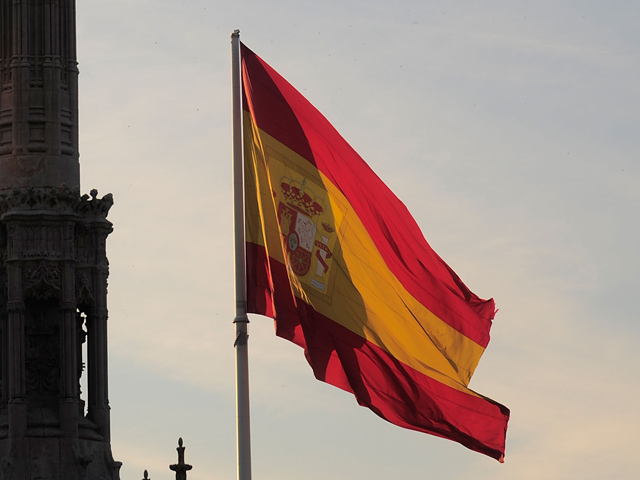 (MoneyWatch) Interest rates for Spain's 5-year bonds are now trading for close to the same unsustainable rate which its 10-year bonds hit last week. This dramatically increases the risk the nation will need an international bailout.

In early trading today the 5-year bond was trading at 7.41 percent, just 0.04 percent less than the 10 year bond was trading for. The 7 percent mark for the 10-year bond is viewed as critical because it makes borrowing money unaffordable. Ireland, Greece and Portugal all asked for bailouts within a month of their 10-year rates hitting that level. None of those nations' 5-year bonds were as high as Spain's currently are when that happened.

"The higher the yield goes, the more untenable the situation becomes," said Rebecca O'Keeffe, head of investment at Interactive Investment.

Concern over Spain increased after its central bank said Monday the economy contracted by 0.4 percent during the second quarter. The government predicts the economy will keep contracting into 2013 as new austerity measures -- such as tax hikes and benefit cuts -- hurt consumers and businesses.

The gloomy outlook has increased worries about public finances because shrinking economic output deprives the government of revenue it needs to lower debt.

Investors also worry the government will face new costs to help its ailing banks and regions. Spain has asked for an EU bailout package of up to $122 billion to save the banks, but is ultimately liable to repay the money if the banks do not.

Spain has called for the European Central Bank to take emergency action to ease its government borrowing rates. In the past, the ECB has bought bonds on the open market, lowering their yields, or interest rates. It has also given banks $1.22 trillion in cheap loans to ensure they have enough cash to lend to the economy.

But when the ECB has done this over the past two years it has only temporarily lowered government borrowing rates. The ECB claims the measures are no longer effective in fighting the crisis and governments need to take action by, among other things, sharing countries' debt loads.