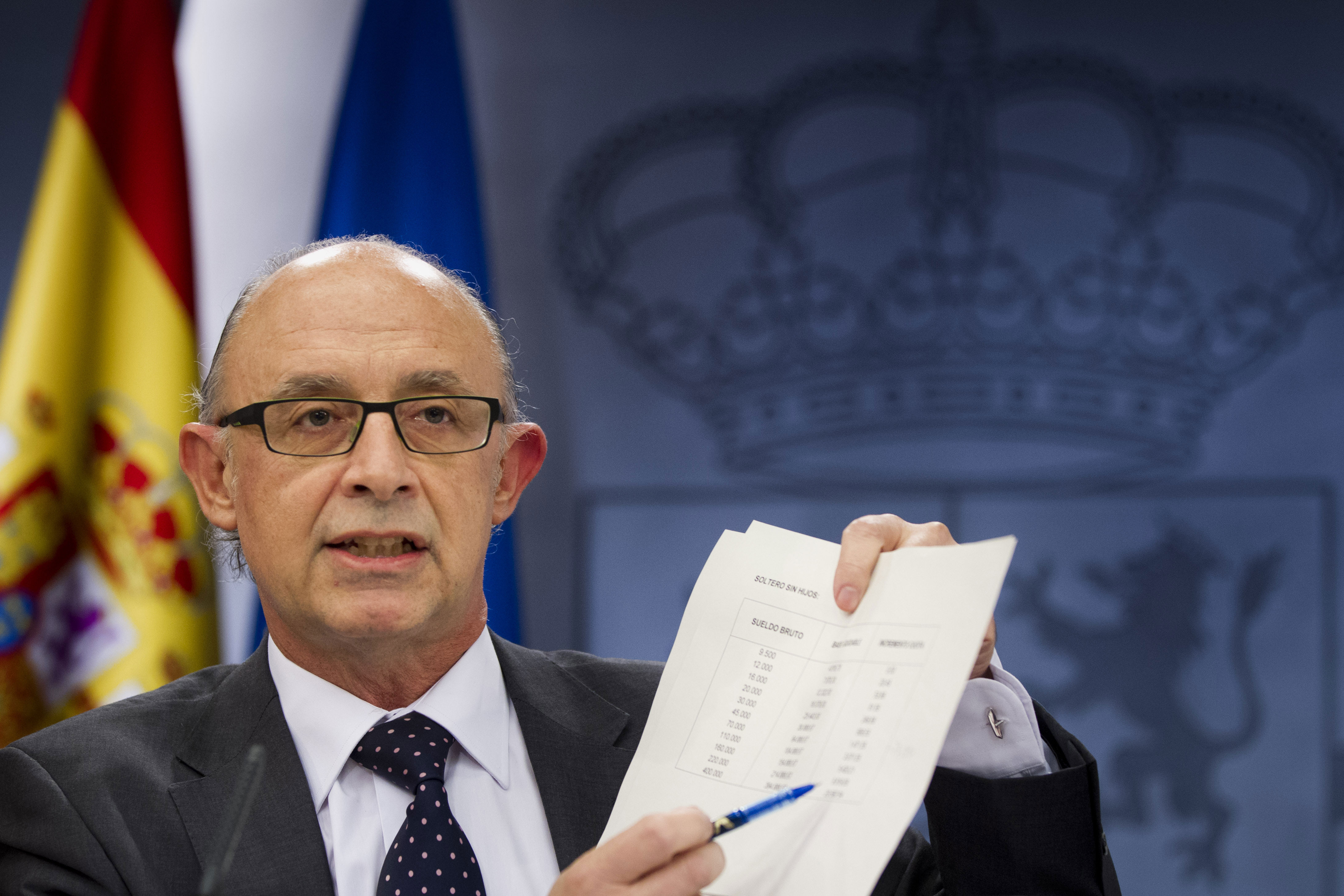 (MoneyWatch) Spanish Budget Minister Cristobal Montoro said Thursday that the country is out of cash to pay for public services, heightening fears that it could default on its debts.

"There is no money in the public coffers," he said in a speech to Spain's Parliament.

His announcement came as the nation's borrowing costs hit an all-time high. The Spanish treasury on Thursday had to offer sharply higher interest rates to get investors to buy $3.67 billion in shorter term bonds. The country's 2-year bond had an average yield of 5.204 percent, compared with 4.335 percent five weeks ago. The 5-year note paid 6.45 percent, and the 7-year offered 6.7 percent. After the auction, Spain's bond yields rose, with the 10-year bond paying 7.03 percent.

A rise in yields raises a government's borrowing costs, making it more expensive to repay debt and hindering economic growth. Surging interest rates have been a signature of the European debt crisis, with global investors demanding a bigger payoff to offset the perceived risk of holding sovereign debt.

The current rates in Spain, Europe's fourth-largest economy, are all higher than what Portugal, Ireland, and Greece were paying when they asked for international bailouts. Portuguese and Irish 5-year bonds offered yields under 5 percent when those nations requested aid. Greece's 5-year bonds hit the 6 percent mark in March of 2010 only three weeks before Athens asked for its first bailout and at a time when its 10-year bonds were still below 7 percent. Those nations lasted an average of 22 days before asking for international help once their 10-year rate went over 7 percent.

Hours after Montoro's speech, Germany's Parliament approved a rescue package worth up to $122 billion for Spain's struggling banks. The vote followed assurances from German Finance Minister Wolfgang Schaeuble that Spain will remain liable for the bailout and and that lawmakers will be consulted on each step of the rescue.

Along with concerns about Spain's ability to repay its European neighbors and global lending institutions, some experts also question whether the bailout is big enough. The Bank of Spain yesterday reported that the nation's banks have at least $191 billion loans on their books that are at high risk of not being repaid. That is $69 billion more than the package approved by Germany.

Less than a month ago, Montoro told the Spanish parliament that the government would not need a bailout "because it does not need to be rescued."

To be sure, European officials still have room to maneuver to avoid a full-blown default in Spain. Growing opposition to government budget cuts and tax hikes across the eurozone have also coincided with calls for stimulus, raising hopes of renewed economic growth.

Still, signs that Spain may not be able to pay its bills threaten to deepen Europe's financial crisis, while the country's default could shatter the eurozone and would almost certainly do severe harm to the global economy.

Spain is the world's 14th largest economy in terms of GDP. By comparison, Greece's economy is ranked No. 41 in the world and roughly the size of that Spain's most prosperous region, Catalonia. The Spanish economy's size effectively makes it to big to bail out even if the EU, European Central Bank, and IMF were to combine all of their resources.

The impact of a Spanish default is also uncertain. Although U.S. financial institutions claim to have little direct exposure to either Spain or Europe, it is not known how much indirect risk -- via credit default swaps and other derivatives -- such financial firms face.

Among the EU's options to stem the crisis, the one most frequently suggested is to spread different countries' debt by creating eurobonds, which would be guaranteed by all EU member states. Yet Germany, the most powerful economy in Europe, has staunchly opposed this idea. Even if it were approved, it is unclear if the plan could be implemented in time to aid Spain.