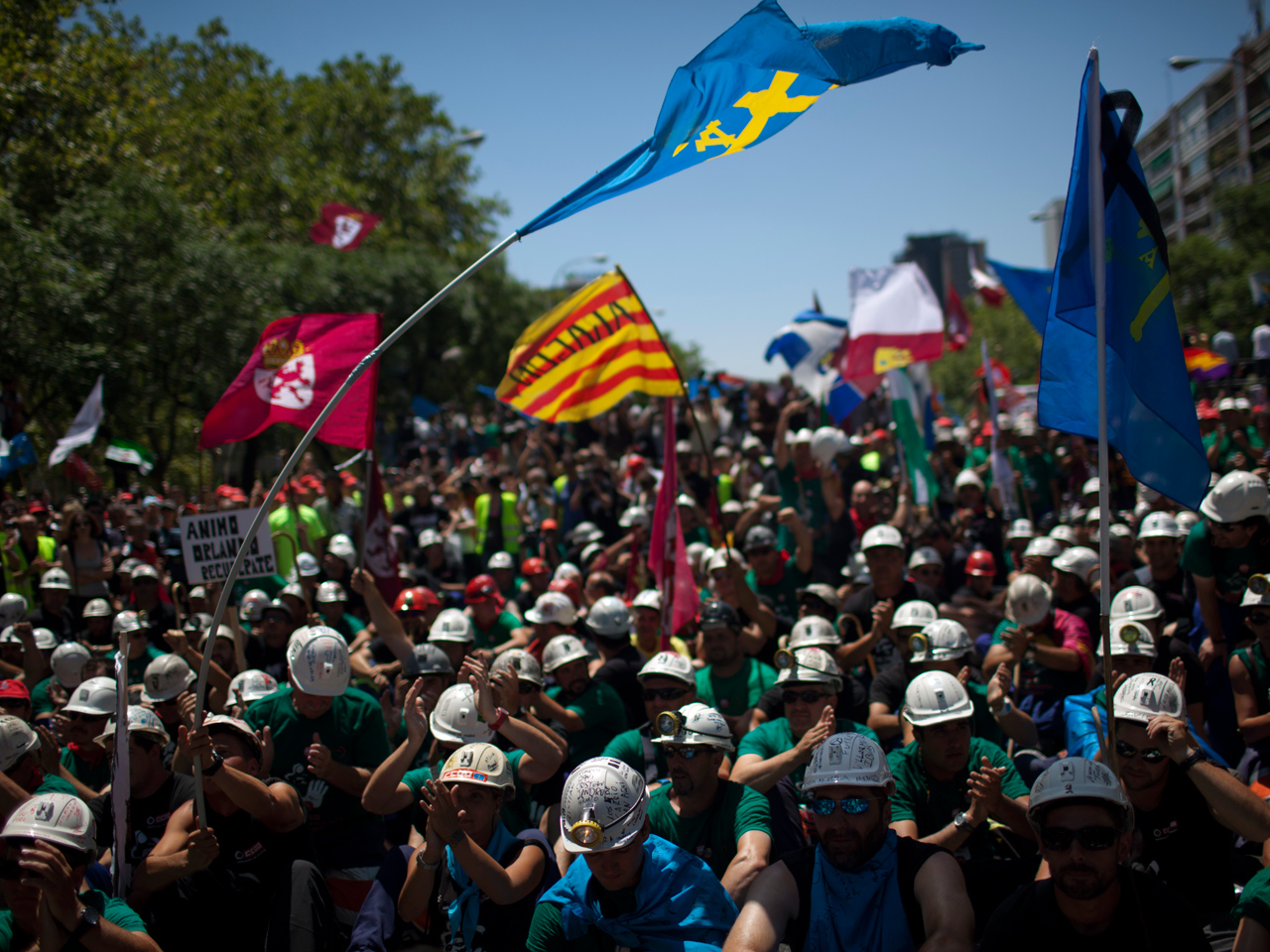 (Money Watch) All the EU negotiations over rescuing Spain's banks have so far taken place without input from one group that could torpedo the entire deal: The nation's citizens. That changed today as coal miners who had walked hundreds of miles to Madrid were joined by tens of thousands of other people in a sometimes bloody protest in the streets of the capitol.  Witnesses said police used batons and rubber bullets to disperse the crowd; an estimated 70 people were injured.

The protest took place just hours after Spanish Prime Minister Mario Rajoy announced he would raise taxes in addition to cutting pensions as part of an $80 billion package of spending cuts. Rajoy's comments about why he is making the cuts may enflame voter anger as much as the cuts themselves. "We have very little room to choose," Rajoy told the national parliament in Madrid. "I pledged to cut taxes and now I'm raising them. But the circumstances have changed and I have to adapt to them."

Spain's need for foreign capital to pay for public services and keep its banks afloat has forced the government to do whatever the European Union tells it to do. The measures announced today, the fourth austerity package of Rajoy's seven months in office, go along with policy conditions set out in a draft memorandum governing the $125 billion bank rescue package.

Rajoy knows that he can only go so far if he hopes to remain in office. He won a snap election last November held when budget cuts caused the then-ruling Socialist Party to lose power in Parliament

Police estimates published by the Spanish daily El Mundo put the size of today's protest at more than 100,000 people. Yesterday organizers had said they expected a quarter of that number. Police reported numerous clashes with the miners and their supporters even before today, with protesters firing home-made rockets at officers and regularly blocking the main road connecting Madrid to the north regions.

Three weeks ago the miners at the heart of the protest began a 285-mile trek on foot to the capital under the blazing summer sun from the northern region of Asturias. The miners are calling on Rajoy to honor spending agreements made by the previous government which saw their industry awarded subsidies that equated to $355,000 per miner last year. The government has cut direct aid to mining companies by two-thirds, from $368 million to of $136 million, in the past seven months.