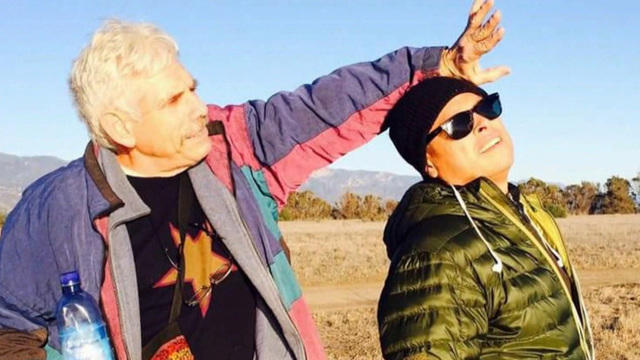 We're learning more about the 17 people killed in the Southern California mudslides. The victims who died during the storm and mudflows early Tuesday range in age from 3 to 89. Four were children. Several more people are still missing and authorities say the death toll could rise.

"This is all I have, everything is gone," Lalo Barajas told CBS News' Carter Evans.

All he has left to remember his life partner of 17 years, Peter Fleurat, are the mementos he found a half mile from their house. He says they lived in a voluntary evacuation zone, so they decided to ride out Tuesday's storm. Then the mudslide hit.

"The floor, felt like it had no support at all, it was rolling underneath me," Barajas said. "The walls just burst open, the mud came in and just shot us both out of the house."

They were soon pulled in different directions.

"The last thing Peter yelled out to me was 'Lalo, grab onto some wood and don't let go.' And that was the last I heard of him," he recounted.

Officials say they tried to give people living in the area ample warning starting the weekend before the storm via emails, text messages and phone calls.

"When the storm finally hit, the National Weather Service put out a WEA alert, which is similar to an Amber Alert, saying that flash flooding was imminent," said Robert Lewin, director of Santa Barbara County's Office of Emergency Management.

That alert went to the area affected by last month's Thomas Fire at 2:46 a.m. Tuesday, but Santa Barbara officials were concerned it didn't reach certain Verizon customers. They then issued a county-wide alert at 3:51 a.m., when the debris flow was already starting. Officials answered criticism Thursday that those alerts came too late.

"We knew we couldn't put out a WEA when we were doing the evacuation orders and warnings because it would've gone out to the entire county, would've caused great confusion," Lewin said.

"I don't think they could have ever saw this coming, but I think that if they had said everybody should leave, we wouldn't have seen as many people in this situation right now," Barajas said.

The Office of Emergency Management said it's looking at ways to improve the alert system. The sheriff's office told CBS News it issued voluntary and mandatory evacuation orders based on the best information they had, but the rain fell much faster and harder than expected.