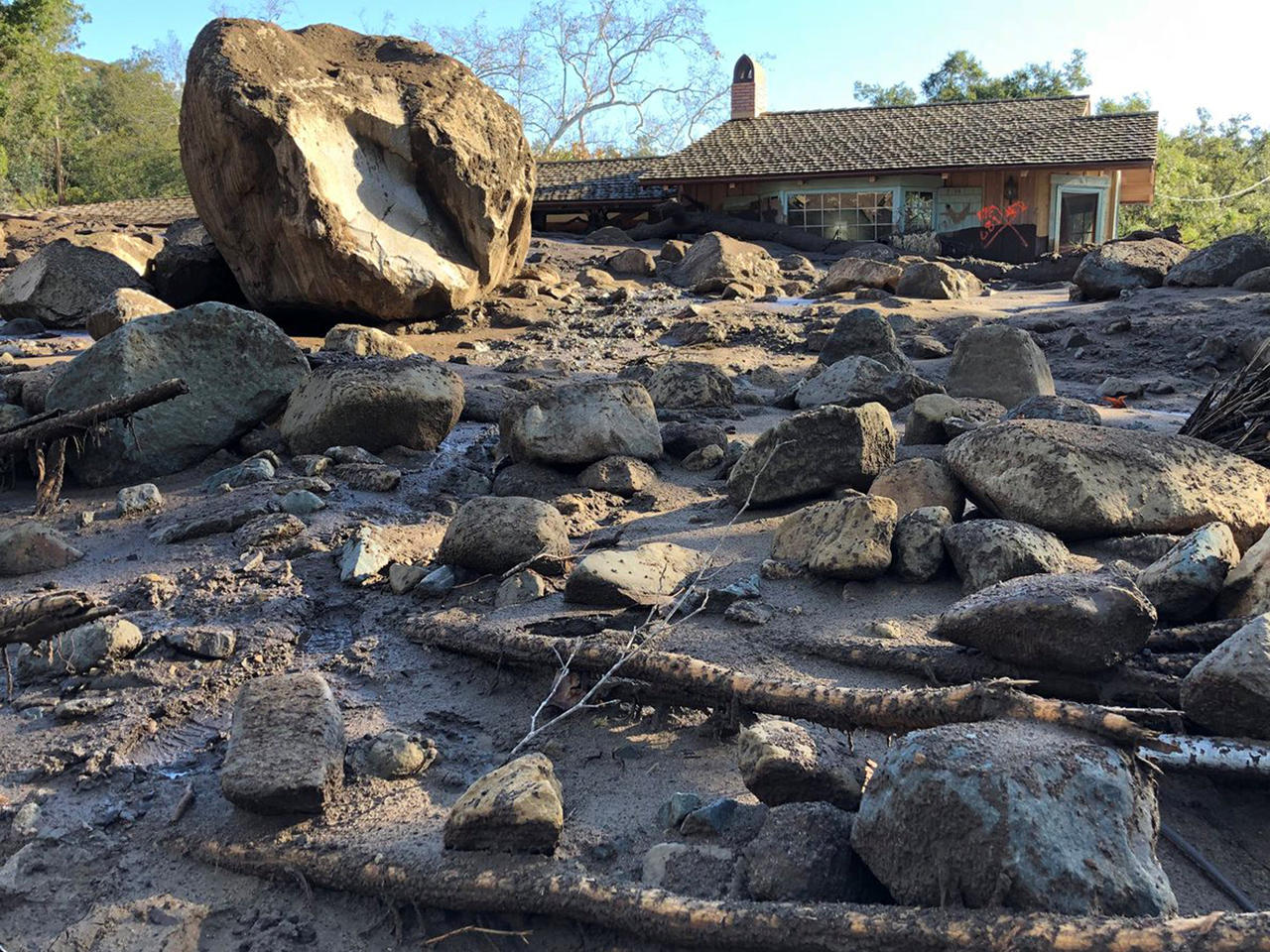 MONTECITO, Calif. -- As new images of harrowing rescues and escapes emerge from across Southern California, the cleanup continues. The mass of mud, vehicles and debris is slowly being cleared from Montecito neighborhoods and highways.

On Thursday, the search and rescue mission looked more like a recovery operation. The coroner released the names and ages of the 17 confirmed victims. Crews found one body in a home as the victim's family stood by.

The flood waters were so powerful the deluge wiped out almost every single home on one block of Randall Road. The houses were worth upwards of $3 million, but now they are unrecognizable.

Boulders came rolling down the mountain with flood waters, and there was nothing that could stop them. One blew through a wall in a home.

"We heard this monstrous sound that was like a freight train," said Carrie Tighe. She and her family were trapped in their home by the mud and debris.

"We couldn't go anywhere," Tighe said. "We're seeing people rescued off the roofs of houses that were just a few doors down."

Emergency managers say they warned residents days ahead of the storm, including with tweets warning that flash-flooding and debris flows were imminent.

But the department hesitated to use a cell phone emergency alert system, and they waited until 3:50 a.m. Tuesday to push out the alert, roughly 10 minutes ahead of the worst flooding.

Tighe says there was no mandatory evacuation for her community.

"We would have evacuated," she said. "Everybody in my neighborhood would have. We all are families, we have kids, and if that was dictated to us we would have followed the rules."