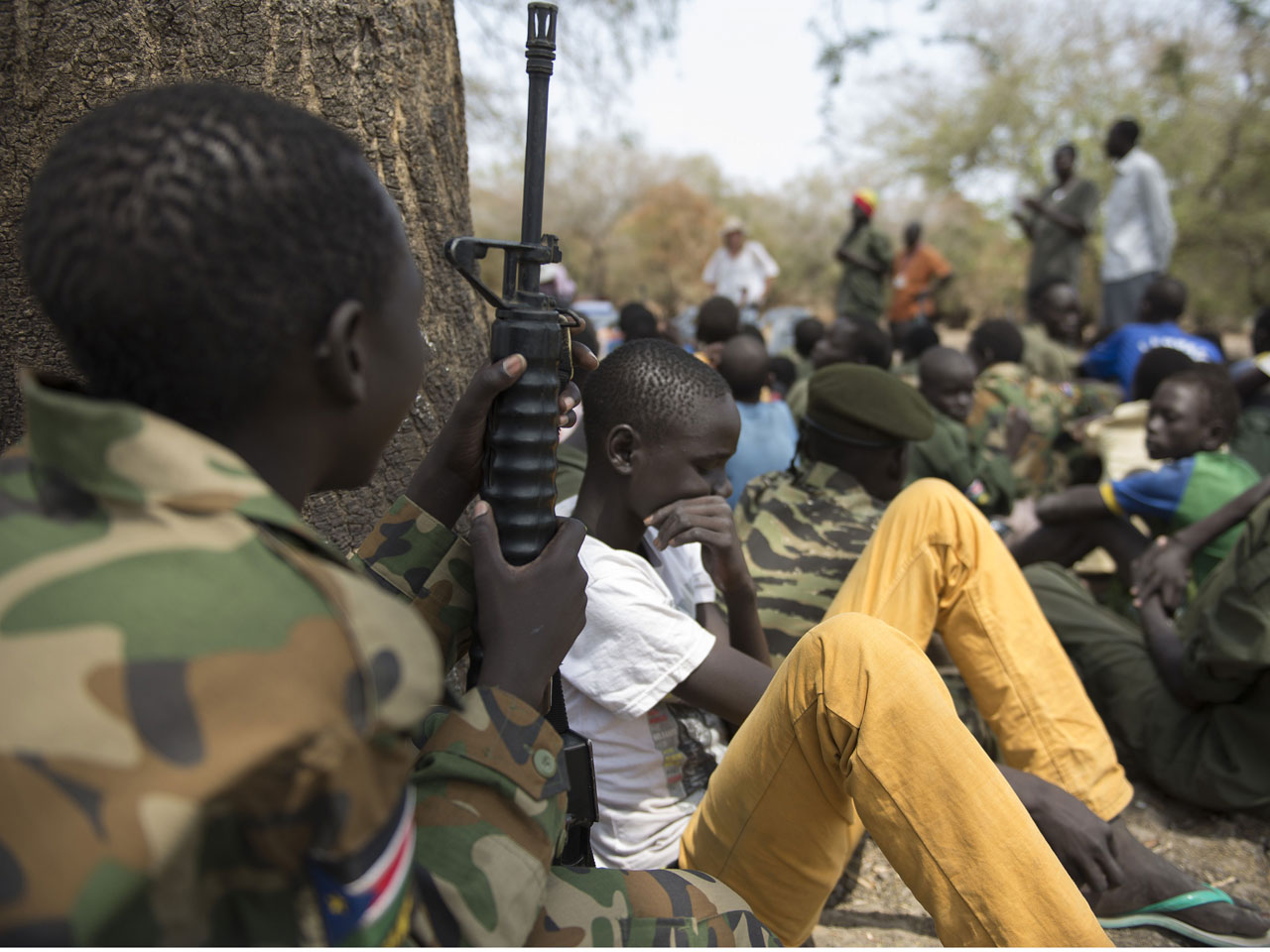 The country's military has enlisted boys as young as 13, often by force, in Upper Nile state, the rights watchdog said.

"We issued orders to the army that they should not recruit children into the army," South Sudan Defense Minister Kuol Manyang Juuk told The Associated Press Monday. "I have also asked members of civil society to raise a case against any commanding officer or unit that recruits children into the (military). I have also informed the state governors to monitor and stop any commanders and army units trying to recruit children."

It was not immediately possible to get comment from the rebels.

Human Rights Watch said it had spoken to about a dozen children or young men who were under 18 when they fought in 2014. The group said that government forces had recruited at least 15 children, some forcibly, within recent weeks, in recruitment drives that appeared to target mainly adults in the town of Malakal in Upper Nile state.

"Despite renewed promises by both government and opposition forces that they will stop using child soldiers, both sides continue to recruit and use children in combat. In Malakal, government forces are even taking children from right outside the United Nations compound," said Daniel Bekele, Africa director at Human Rights Watch.