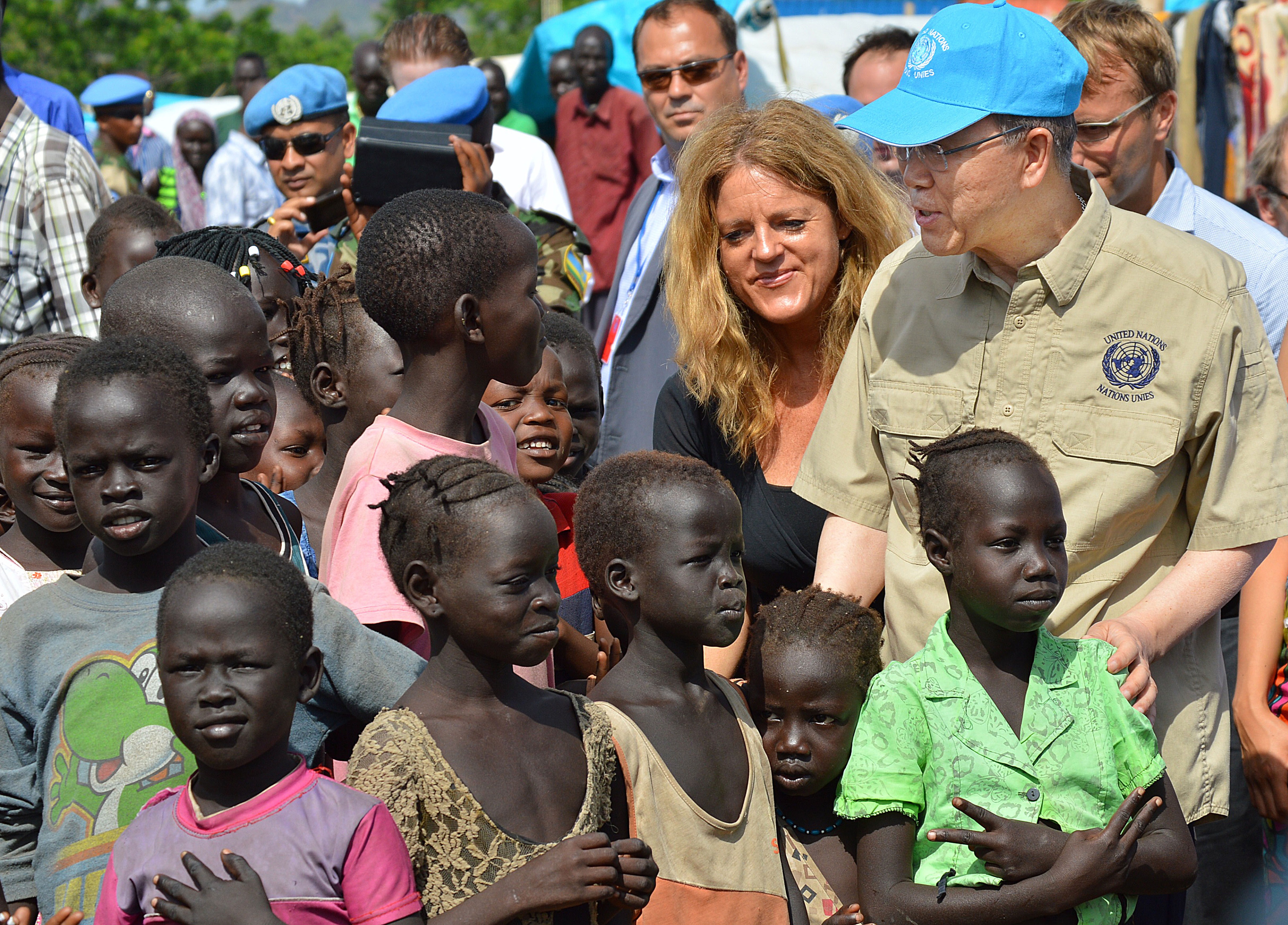 These are the scenes from a remote part of South Sudan - Leer - where Doctors Without Borders has just begun feeding severely malnourished children about three months after the aid group's hospital was destroyed in violence that has been ripping apart the country since December.

One child brought to the clinic by a mother hoping for life-saving aid instead died the next day. That and other scenes of desperation were recently filmed by an Associated Press journalist.

U.N. Secretary-General Ban Ki-moon told the Security Council on Monday that he visited South Sudan this month in order to "sound the alarm about the violence and the risk of catastrophic famine." Ban warned that if the fighting continues, half of South Sudan's 12 million people will be displaced, starving or dead by year's end.

Government troops led by President Salva Kiir and rebel forces loyal to former Vice President Riek Machar battled each other on Sunday, only two days after Kiir and Machar met in Ethiopia to sign a cease-fire deal, the second peace treaty of the conflict. The first one fell apart soon after it was signed.

More than 1.3 million people have fled their homes because of the violence. Many have spent months living in what people in this part of the world refer to as "the bush," the untamed wild where dirty water and disease lie in wait.

People who fled Leer, a town of 20,000 in Unity state, are just starting to return to their homes, many of which are burned out or looted. Seasonal rains are starting to pour down, leaving families without a roof to cram in with neighbors or rough it in the rain.

"To be living in a place where you don't even have a roof is awful," said Sarah Maynard, a Doctors Without Borders project coordinator. "With the rains coming it will only get worse. People need help here."

Doctors Without Borders re-opened its clinic doors last Thursday to a flood of residents seeking help for malaria, measles, diarrhea, respiratory tract infections - and hunger. The group screened 600 children and found 50 faced the most dire level of malnutrition.

Nyagaaw Biel Dhoar brought 2-year-old son Jacob Rit Wadaar to the clinic in the hopes that the medical personnel could save him. She tried to keep breastfeeding him as he lay dying in her arms, but it was too late. Jacob died the next morning.

World leaders like the U.N. secretary-general and U.S. Secretary of State John Kerry both worked to get Kiir and Machar to agree to the latest cease-fire in part because the aid community says that if residents don't return home this month and plant crops before the rains truly set in the country will have no food to eat.

"Hunger and malnutrition are already widespread. If this planting window is missed, there will be a real risk of famine. That is why we are calling for 30 days of tranquility backed by both sides. I am troubled by the accusations by both sides of breaches of the cease-fire already," Ban told the Security Council.

Ban says South Sudan still needs $781 million for aid operations this year. A donor conference is being held in Norway in one week.

Violence has upturned the rhythm of daily life. Residents showed an Associated Press reporter how garbage and corpses fill one of Leer's communal wells.

Myabani Nhial, a mother of 10, traded food staples like sorghum before the fighting broke out. Although her home and grain store has been reduced to a burned-out shell, she keeps returning to it in the hope of finding something that might have escaped the looting fighters and their fires.

"This was my home," says Nhial. "It was burned by the soldiers. They killed three of my children and they took all the sorghum and whatever we had in our house. Now we are left to die without any food, water or shelter. They have taken away everything."