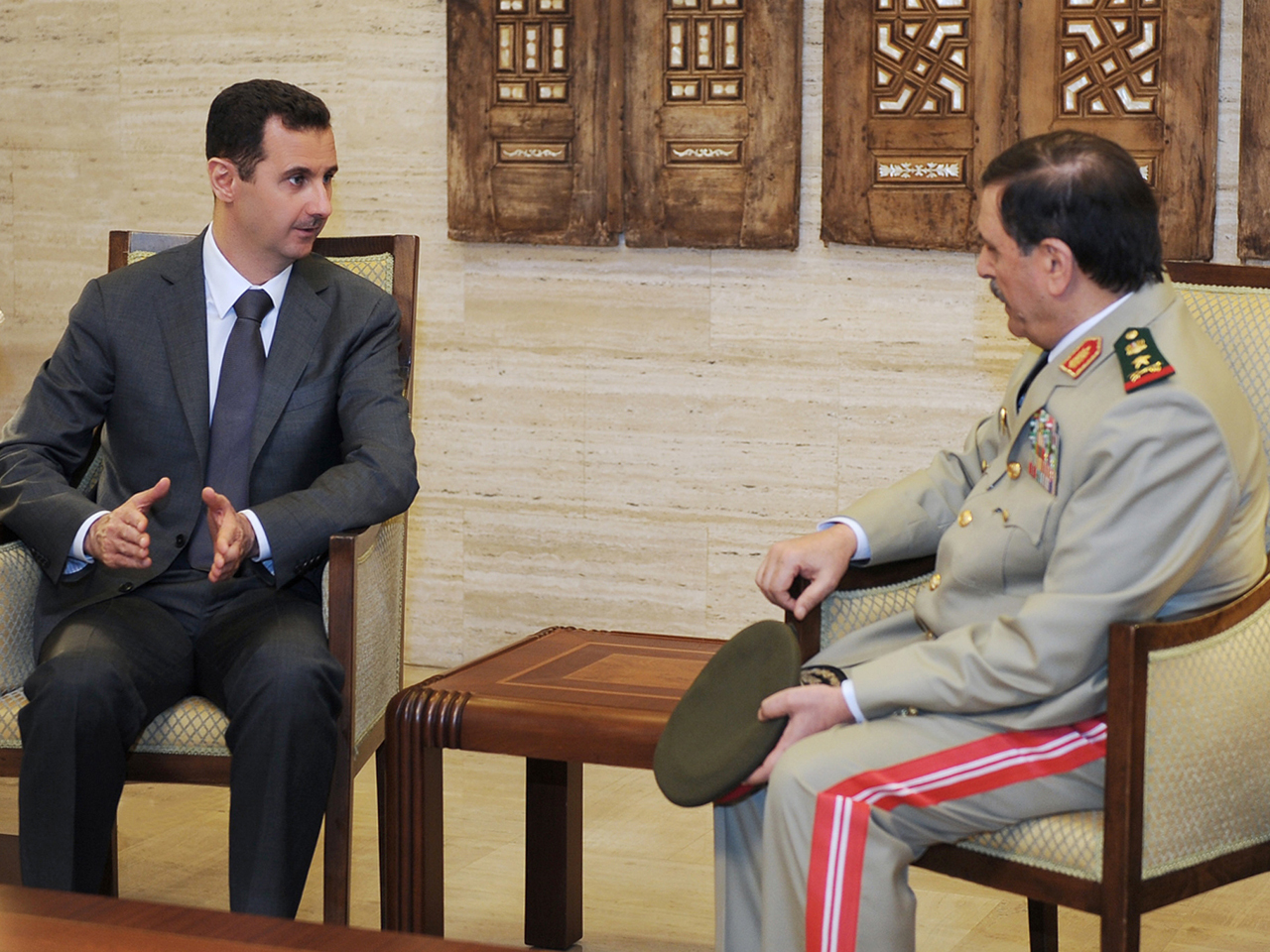 (CBS News) LONDON - The U.S. government says President Bashar Assad's grip on power in Syria is coming loose, with rhetoric from the highest levels in Washington suggesting the dictator will soon fall thanks to his own poor decision-making and intransigence.

Secretary of Defense Leon Panetta said Sunday that Assad's continued use of heavy weapons and aggressive military tactics against opposition fighters - which often results in civilian deaths - "makes clear that his regime is coming to an end." But he did not give a timeframe.

On Friday, multiple sources at the U.S. Departments of State and Treasury told CBS News correspondent Margaret Brennan that Assad's regime was literally running out of money to keep up the fight.

According to these officials, the regime has spent about half of one large fund used by the Syrian government as a virtual piggy bank, and is rapidly running out of domestic currency. But again, the officials did not say how long it was believed Syria's cash reserves might be able to sustain Assad's government - and with it his brutal fight against the rebels.

Now, a well-informed Syrian source tells CBS News the government likely has enough money left - in foreign currency and gold - to fund the fight for another six months.

The source, who agreed to speak to CBS News correspondent Elizabeth Palmer on the condition that he remain anonymous, says Assad likely still has enough money to pay civil servants - including his military - and keep essentials flowing to the people, especially staples like rice and cooking gas, until January.

He says that while the regime might have to resort to rationing, it is unlikely to go broke in the very near future.

Syria is still producing 60 percent of the oil it needs, according to the source, and is refining about half of what it consumes. That goes some way to explain long lines that have been seen at gas stations this year, but Iran is believed to be supplying Assad - a key ally to the Islamic Republic - petroleum to keep his military vehicles rolling.

The source is dismissive of the unilateral sanctions from the U.S. and other nations, saying other nations have thus far continued to purchase Syria's exports - mainly agricultural products and some industrial equipment - so that cash flow continues.

Reporting from the Reuters news agency gives some insight as to how the regime is scrambling to keep the domestic economy afloat.

Citing a handful of senior bankers in Damascus, Reuters reports that Syria's government is believed to have had about $18 billion in foreign reserves before the crisis erupted. They've been forced to tap into those reserves since, and the bankers say Assad has turned to ally Russia to print more Syrian currency to ensure salaries can be paid.

"The authorities realize that the economy's collapse could speed the regime's downfall so they are doing everything possible to prevent that - even at the cost of piling up a massive deficit, which no one really knows the size of except those in the close circle around the regime," one banker told Reuters.

Money may be crucial to Assad's ability to hang onto the power his family has enjoyed for more than four decades, but other factors are important - momentum on the battlefield and defections of senior regime officials being the two most obvious. It is difficult to accurately gauge which side is winning the military battle on the ground, and the defections, while significant, seem to be having a negligent impact on the regime thus far.

The Syrian source who spoke to Palmer says Assad's family sees Syria almost as an "inheritance," and he expects they will protect it as a family treasure. The Assads are, he says, self-destructively stubborn.

The biggest front line in the fight between Assad's well-armed military and the relatively poorly armed rebels, at present, is in Aleppo, Syria's largest city and the engine of its economy. Clashes between the rebels, who have held large parts of the city for days, and Syrian army forces continued Tuesday morning. Both sides routinely claim local victories in the fight, but it remains unclear whether either side will be able to gain full control of Aleppo. (Click the player above for a report by CBS News correspondent Charles D'Agata on the fighting from inside Syria)

David Cohen, Under Secretary for Terrorism and Financial Intelligence, has told CBS News' Brennan the U.S. has estimates on the amount of financial resources still available to Assad, but that he was not at liberty to disclose the information.

If U.S. officials have a more accurate picture of how long Assad can continue his fight, given his current finances, his eroding legitimacy and the vicious fighting which seems almost at a stalemate, then they are not letting on.

But with opposition estimates ranging from 20 to 50 people killed every day, another six months of unabated civil war could mean 4,000 more lives lost.