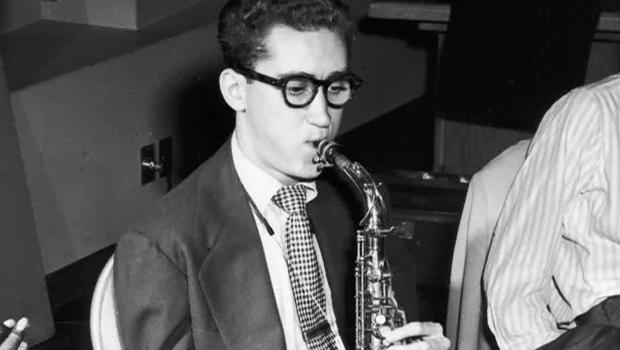 They are our friends, our neighbors; people of renown, and just regular people.  "Sunday Morning" takes a moment to remember just a few of the victims of the COVID-19 pandemic:

Lee Konitz (1927-2020)
The jazz alto saxophonist, featured in Miles Davis' "Birth of the Cool" sessions recorded in 1949-50, performed and recorded with such artists as Stan Kenton, Dave Brubeck, Ornette Coleman, Charles Mingus and Gerry Mulligan, leading or appearing on more than 200 recordings.

Laneeka Barksdale (1972-2020)
She was a star of the ballroom dancing scene in Detroit – an expert in cha cha, bop and the glide.

Allen Daviau (1942-2020)
In 1968 the young cinematographer teamed up with a young Steven Spielberg to shoot the director's short film, "Amblin." Daviau would go on to earn three of his five Academy Award nominations for movies directed by Spielberg: "E.T.: The Extra-Terrestrial," "The Color Purple," and "Empire of the Sun." (Also nominated: "Avalon" and "Bugsy.")  His other film credits included "The Falcon and the Snowman," "Defending Your Life," "Congo," "The Astronaut's Wife," and "Van Helsing."

In 2007 Daviau received a lifetime achievement award from the American Society of Cinematographers.

John Driscoll (1950-2020)
An art dealer and historian, Driscoll was owner of Driscoll Babcock galleries, a heralded institution he took over in 1987, expanding its list of classical, modern and contemporary American artists.

Lila Fenwick (1932-2020)
The first black female graduate of Harvard Law School, in 1956, Fenwick would become a lawyer and a human rights official at the United Nations.

Sam Clayton Jr. (1961-2020)
As a music producer and sound engineer in Jamaica, Clayton helped bring international renown to reggae artists, while also working with international stars in Paris. He was also a member of Jamaica's Olympic bobsled team which competed in the 1988 Calgary Olympic Games.

Sir John Houghton (1931-2020)
The Oxford physicist and climate scientist, co-chair of the United Nations' Intergovernmental Panel on Climate Change (he accepted the 2007 Nobel Peace Prize on behalf of the IPCC, which shared the honor with Al Gore), also served as a Principal Investigator for Space Experiments on NASA spacecraft. He was also president of the John Ray Initiative, which brought together scientific and Christian teachings on the environment.

Moe Albanese (c. 1925-2020)
The New York butcher was an icon of Albanese Meats & Poultry, a Lower East Side institution for nearly a century.

Richard Passman (1925-2020)
The aeronautical engineer worked in the development of supersonic aircraft, military rocketry (including intercontinental ballistic missiles), and spy satellites, including a scrapped manned orbiting spy platform. He co-wrote the 2014 book, "X-15: The World's Fastest Rocket Plane and the Pilots Who Ushered in the Space Age."

Hailey Herrera (1994-2020)
The 22-year-old student, who was earning her master's degree in Iona College's marriage and family therapy program, worked at clinics in New Rochelle and Queens, both of which became epicenters of the coronavirus outbreak in New York.

Stuart Cohen (1947-2020)
A New York City cab driver for 25 years, and a Buddhist, Cohen was known for collecting, reading and then donating a countless number of books.

John Horton Conway (1937-2020)
The Princeton mathematician was a wizard of games and puzzles, who in a 1970 issue of Scientific American introduced the "Game of Life," an example of "recreational mathematics."