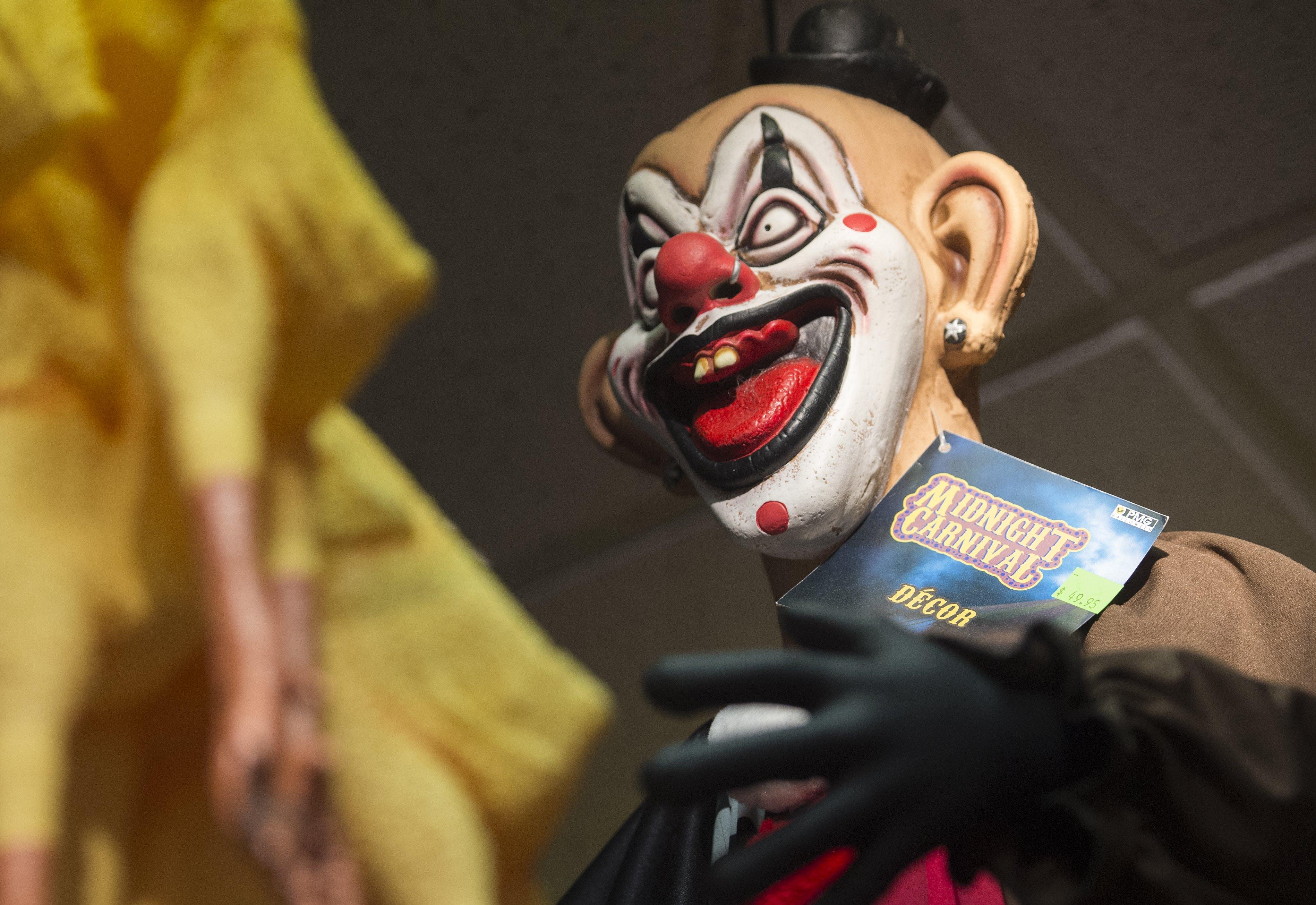 PALM BAY, Fla. -- Some residents unnerved by scary clown threats in their communities say they’ll be armed for Halloween trick-or-treating, while authorities warn that widespread clown fears may endanger someone dressing up as a clown as a joke.

There have been numerous clown sightings in Brevard County, and two men were arrested last week in Melbourne for allegedly threatening people while dressed as clowns and holding large bats, sticks or axes, according to a Florida Today reporter.

The incidents have made some residents so nervous that they planned to arm themselves when they go out  Halloween night.

“Since I have no gun, I will be carrying a bat around on Halloween night,” said Pam Metz of Titusville.

“I’ll be carrying for sure,” she said. “I’m terrified of clowns already and if one messes with me or my kids it’ll be to the hospital or morgue they go.”

Police typically increase patrols for Halloween. Some law enforcement officials have urged people to reconsider dressing up as clowns to avoid inadvertently endangering themselves.

“The problem is that someone dressed like a clown could scare someone and there’s a possibility -- a possibility -- you could end up with someone getting shot,” said Palm Bay Police Lt. Mike Bandish.

Cassandra Closson of West Melbourne gave the same advice to her 15-year-old son and forbade him from dressing as a clown.

“Just not worth any drama,” Closson told Florida Today.

Parents received phone messages this week that said: “While many of the clown threats in our community and across the nation have proven to be hoaxes, it is still best for us to continue to operate in an abundance of caution.”

Last week in Germany, a teen’s attempt to scare people dressed as a clown turned out badly.

German police say the teenager’s attempt to frighten a group of young people by wearing a clown mask and brandishing a hammer on a Berlin street ended with him being stabbed.

Berlin police said Tuesday that a 14-year-old responded by pulling a knife and stabbing the clown, only to find that the clown was a 16-year-old acquaintance.

The older teen was taken to a hospital. The 14-year-old was released to his parents.