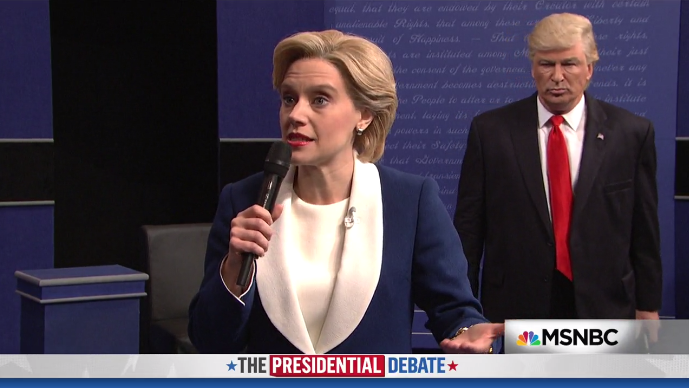 “Saturday Night Live” takes swings at all political candidates, regardless of party. And with Alec Baldwin and Kate McKinnon portraying Donald Trump and Hillary Clinton, they keep hitting the mark.

The show has a long history of making fun of everyone with their impersonations. Both Baldwin and McKinnon have been praised for their spot-on impressions of celebrities, musicians and politicians. Trump has even joined in on the fun in the past while acting as a host.

On Saturday’s broadcast of the show, the actors took on the second debate between Trump and Clinton, and the GOP nominee was the focus of some pointed satire from Baldwin.

After the show, Trump took to Twitter to let people know that once it gets personal, he’s no longer laughing.

While Trump and his supporters seem convinced that “Saturday Night Live” is trying to bring down his campaign, a lot of people took to Twitter to remind everyone that the show is all in the name of satire.

Regardless of where you stand, one thing is for sure -- whether Trump likes it or not, these sketches will continue at least through November 8th.