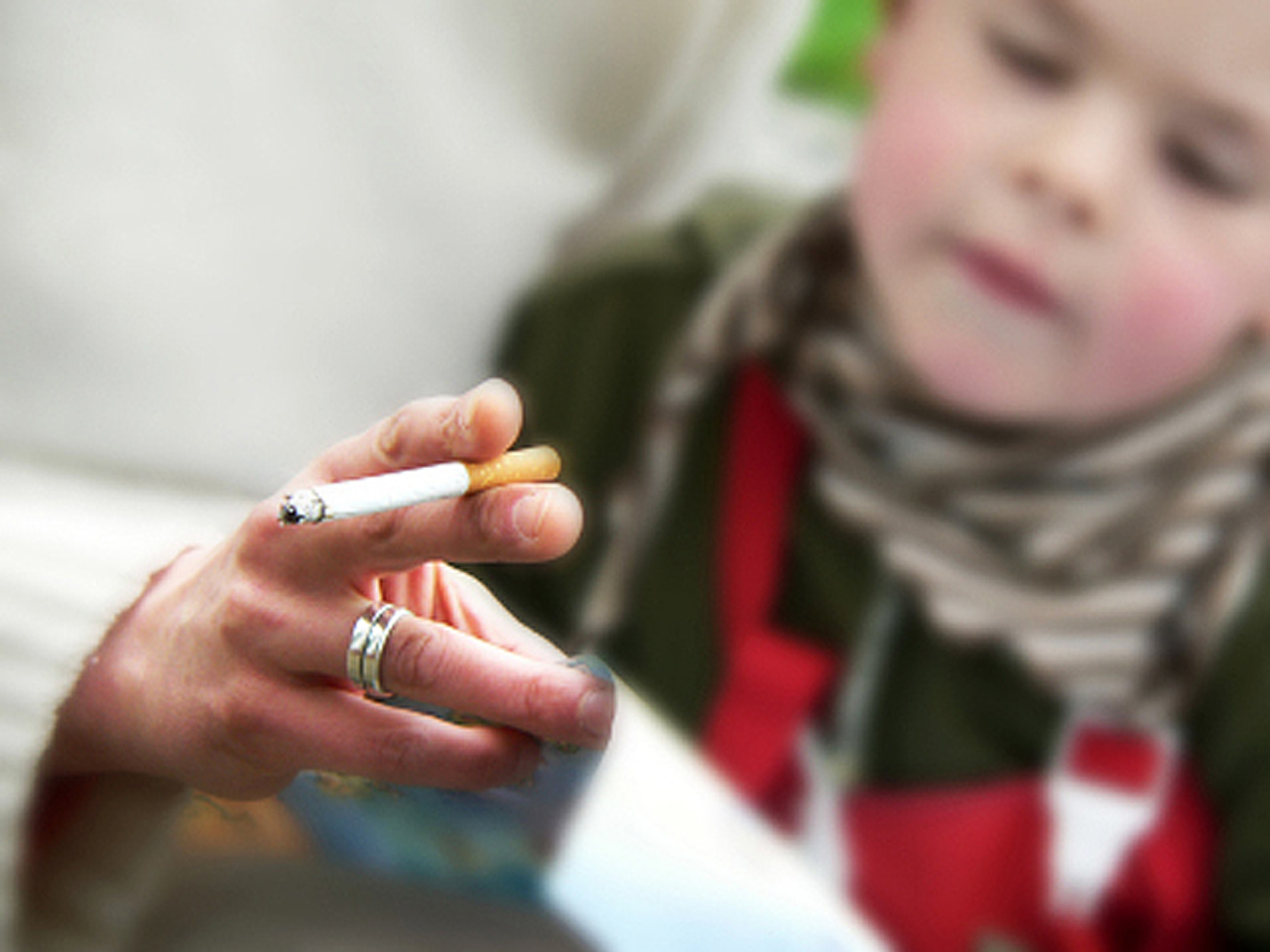 Smoking during pregnancy can increase the likelihood of a miscarriage, Sudden Infant Death Syndrome (SIDS), certain birth defects like a cleft lip or palate and premature birth, the Centers for Disease Control and Prevention warns.

New research is adding "conduct disorders" to that list of health risks. Mothers who smoked during pregnancy were more likely to have children who had behavioral issues, a new study found.

The CDC estimates that 13 percent of women smoked during their last three months of pregnancy. A 2012 survey conducted by the Substance Abuse and Mental Health Services Administration (SAMHSA) showed that an even higher amount,21.8 percent of white women aged 15 to 44, smoked while pregnant. Black and Hispanic women's rates lingered around 14.2 and 6.5 percent respectively.

Smoking has already been linked to increased risk of mental health problems for children. A 2011 Pediatrics study found children who had behavioral problems -- including learning disabilities, attention deficit hyperactivity disorder (ADHD) and other behavioral and conduct disorders -- were more likely to be exposed to secondhand smoke while they were growing up. In addition, kids who had a smoker in the home had a 50 percent increase in having two or three neurobehavioral disorders. However, it was unclear in the Pediatrics study if the moms had smoked through their pregnancy.

For the new research, doctors looked at three studies -- the Christchurch Health and Development Study (a long-running study that includes biological and adopted children), the Early Growth and Development Study (an adoption-at-birth study), and the Cardiff IVF Study (an adoption-at-conception study among genetically-related families and genetically-unrelated families) -- for data.

The adopted children were included in order to examine the role of genetics versus environment and different parenting styles.

Researchers asked the mothers whether they had smoked cigarettes during pregnancy and how many they smoked per day. They also asked parents and teachers to report any behavioral problems the child exhibited between the ages of four and 10. They then scored the behavior of each child, with 100 being average and a higher number indicating more behavioral problems. Children who were born to biological mothers who did not smoke scored a 99 on average. Children born to biological mothers who smoked 10 or more cigarettes a day scored a 104 on average.

When researchers looked at the data from birth mothers of adoptive children, they saw similar problem patterns in kids whose genetic mothers smoked while pregnant. The same behavioral issues were seen even for mothers who got a donor egg through in vitro fertilization (IVF) and were not genetically-related to the children they gave birth to.

"It's illuminating the prenatal period as having an ongoing influence on outcomes," Harold said.

Theodore Slotkin, a professor of pharmacology and cancer biology at the Duke University School of Medicine in Durham, North Carolina, added in an accompanying editorial published in the same issue that the study just adds more evidence that smoking during pregnancy can only harm the fetus.

"Thus, the conclusion is incontrovertible: Prenatal tobacco smoke exposure contributes significantly to subsequent conduct disorder in the offspring," he wrote. "Considering the relationship of conduct problems to poor school performance, social isolation, and juvenile and adult incarceration, the negative impact on the affected individuals' quality of life and, ultimately, on society as whole, cannot be underestimated."

The study was published in JAMA Psychiatry on July 24.