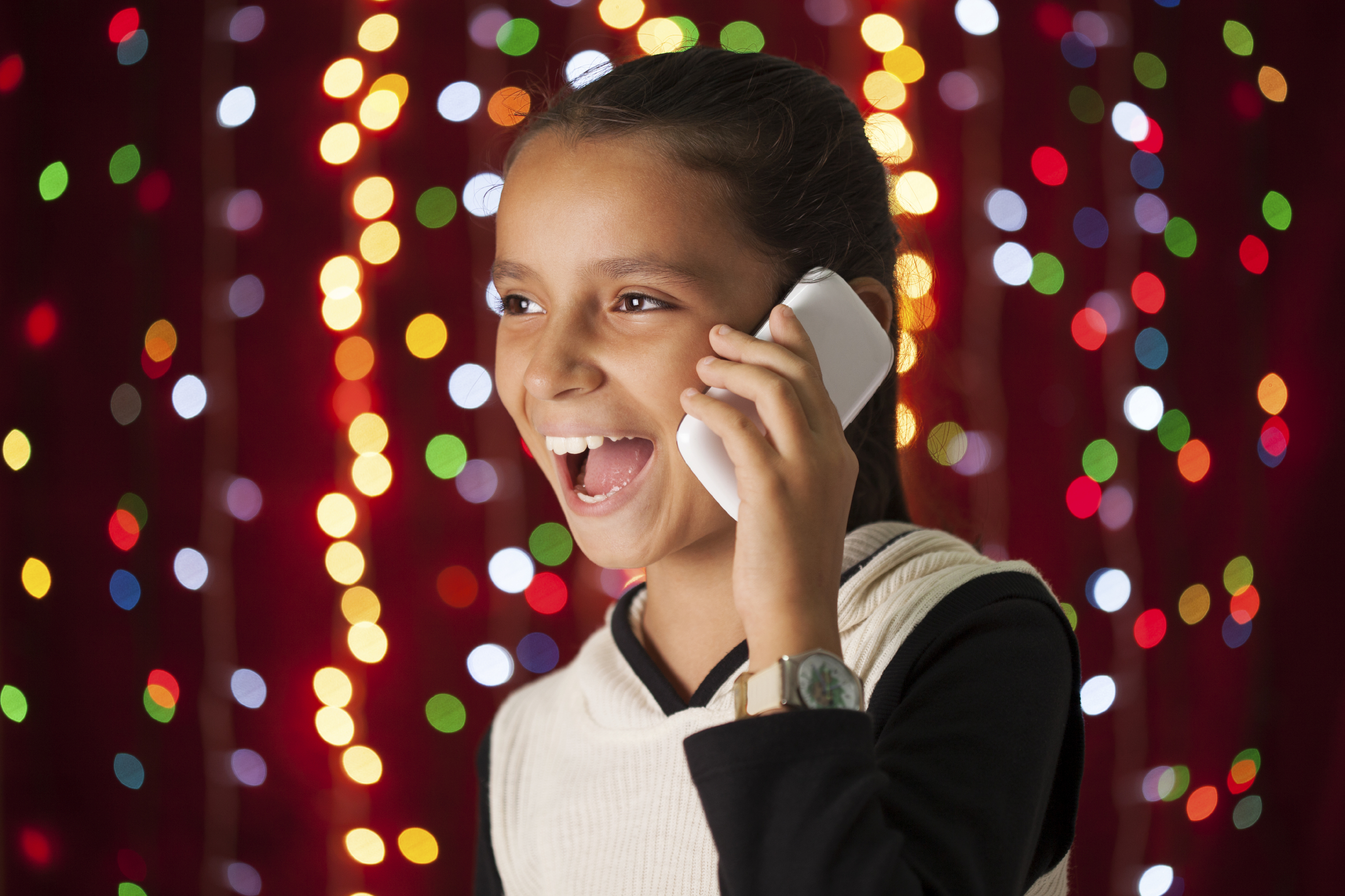 Little Emma or Aiden has been begging and pleading all year for a smartphone, and you dutifully left the little package under the tree. The kids will be ecstatic. Parents, not so much. Now you have a new beast on your hands: how to manage what your child downloads, views, sends and shares.

Fortunately, parenting and technology experts are ahead of the curve on this topic and have developed a number of recommendations to help you make sure your child uses his or her new phone responsibly. There are apps so parents can monitor their child's online behavior, templates for contracts parents and kids can sign, and even phones that harken back to a simpler time with limited features.

"Smartphones are great learning tools," Caroline Knorr, parenting editor at Common Sense Media, told CBS News. "Make sure kids recognize the value of what they are getting and set up a system so that they earn the features."

So take a deep breath and read through these tips for how to set limits and teach your child responsible cellphone use. (It's going to be OK.)

If you haven't already shelled out for a smartphone, consider a "dumbphone" instead. Parents who don't want the entire Internet in the hands of a child can purchase a device that only allows a user to talk and text. "This is almost like training wheels for kids," Knorr said. Young kids lose their phones, break it or drop it in water, so parents should start out small, she said. The devices usually aren't as expensive as iPhones, but some look just as cool.

"Before you get a phone for your child you should determine what the child might need it for and buy based on that," Dr. David L Hill, chair of the American Academy of Pediatrics Council on Communications and Media, told CBS News.

Some models to introduce young kids to technology include:

Janell Burley Hofmann, author of "iRules: What Every Tech-Healthy Family Needs to Know About Selfies, Sexting, Gaming, and Growing Up," told CBS News that a personal cellphone contract allows families to pause and ask themselves what they want from the technology based on their values, principles and goals as a family. The contract can outline rules such as where the phone will stay at nighttime and when it will be turned on or off. The contract can stipulate what a child is allowed to use the phone for, what it should never be used for, and under what circumstances it will be taken away.

The contract she originally created for her 13-year-old son included rules like:

"It's a great opportunity to pause to be mindful and deliberate in the approach to digital parenting," Hofmann said. "When we set time to communicate and evaluate, our parenting is proactive instead of reactive. This sets our children up for tech success."

Hofmann said parents who have used the contract builder, available on her website, love that they can feel a sense of control and honor what's important. "Parents also tell me it is a good starting place," Hofmann said. "Often parents are overwhelmed by the new and constantly changing technology. The contract gives attention to the areas of consideration and helps get the conversation going."

The kind of access that a child is privy to on their smartphone should be dependent on their age and maturity level. "Smartphones make it easy for kids to act impulsively," Knorr said.

Knorr recommends that children 9 and younger who use a smartphone should not have access to social media such as Facebook or Instagram. Parents should also limit some of the functionality of the phone before handing it over to the child. Parents can manage the lock code for the child and can restrict downloads or set up a PIN so kids can't download apps by themselves.

Teens can have more access once they demonstrate that they are mature enough. "Kids need to figure out how to regulate their own usage,"Knorr said. "As parents we need to support them in their efforts."

Knorr also said that it's important to have a conversation about privacy with your child. "Tweens are liable to share things that should remain private," she told CBS News. "Some of those things can compromise physical safety and consumer privacy."

Apps to the rescue

Developers have also gotten into the game of helping worried parents. A number of apps are available to keep tabs on a child's phone usage and whereabouts.

Nobody is good at resisting the distractions of technology. This is especially true for children. A November 2015 survey by Common Sense Media found that teens spend roughly nine hours a day on entertainment media and tweens spend six hours.

Parents should set limits on how long a child can be on their smartphone and during what time of the day. Hill recommends that kids turn off their device 60 minutes before bedtime so it does not interfere with sleep. He also suggests taking the phone out of the child's room for the night to avoid temptation.

Knorr recommends setting up a device-free zone in the home and device-free times such as at the dinner table. "It's a great way to role model good digital habits for your kids," she said.

Healthy smartphone habits start with parents because kids are always watching and learning from them. Parents can help teach their kids responsible smartphone use by narrating what they are doing when looking at an iPhone screen or by making a point of putting the phone away during conversations and dinner time.

"Often we talk about 'kids these days' and their technology, but adults often have habits that are out of balance and are craving more digital health. The New Year is a great time to pause and think about what's working and what isn't (a question I use in family life all of the time!) and set up new policies to help yourself and the family system," Hofmann said.