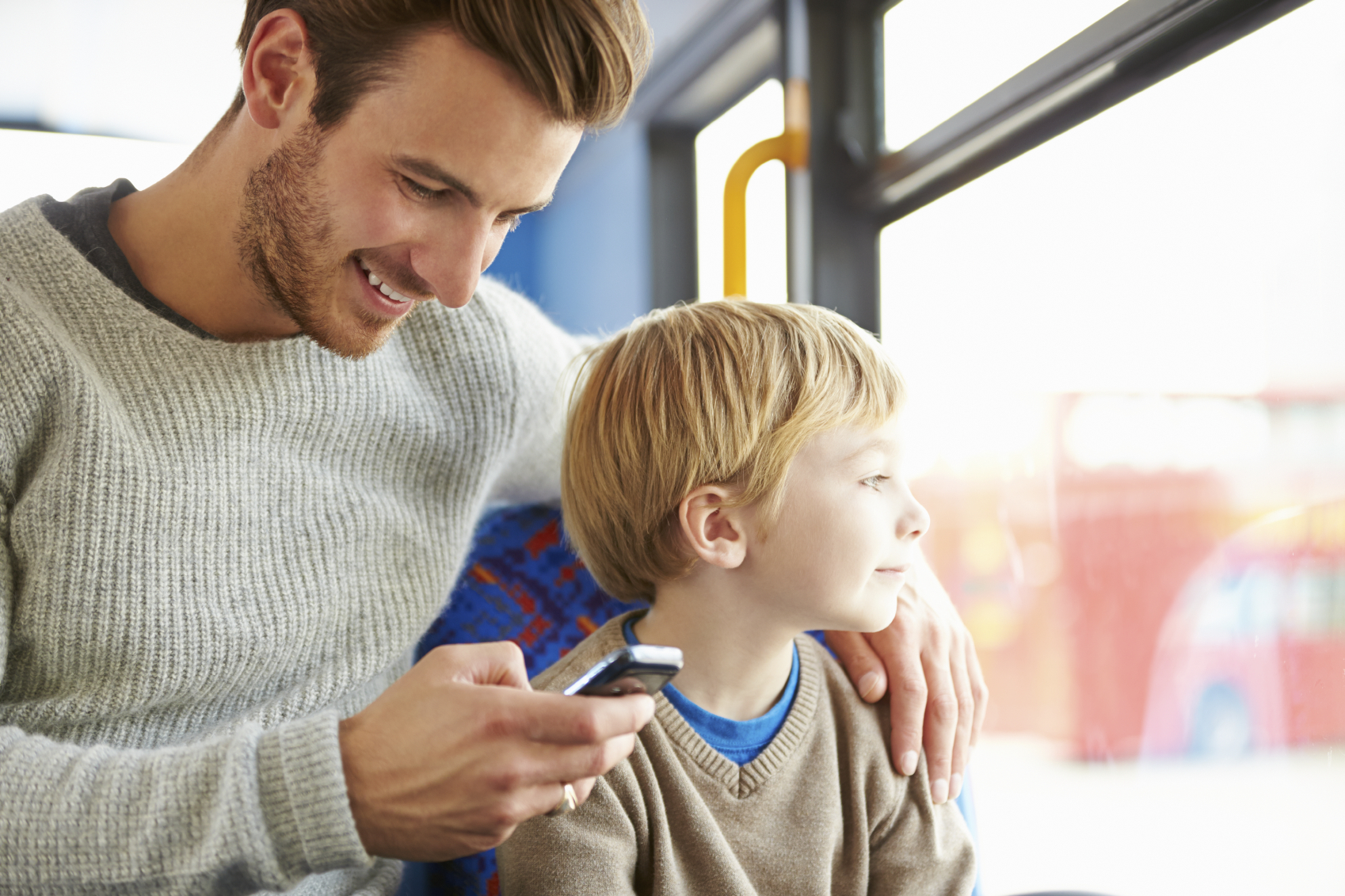 When parents or babysitters are glued to their smartphones in public places like restaurants, they may not be paying close attention to their kids. Now a new study reveals that the more absorbed the adults were in their devices, the more likely they were to respond harshly to a child's bad behavior.

For the study, researchers from Boston University Medical Center camped out in Boston-area fast food places between July and August 2013.

Their findings raise questions about the long-term effects on child development when parents and caregivers like nannies are frequently absorbed with their phones while spending time with kids, according to the researchers who conducted the study.

"We hope our ﬁndings will help generate additional research and discussion about the use of this technology around children," they wrote in the March 10 issue of Pediatrics.

Researchers observed 55 interactions with caregivers and young children and wrote detailed notes of what they saw, describing all aspects of any mobile device use, and how kids and caregivers reacted during these times. At no time were the researchers approached by others in the restaurant about their surveillance, they said.

They spotted 40 of the caregivers using their smartphones during their meal; only 15 did not take it out. The most absorbed parents were swiping something with their fingers -- perhaps surfing the web, reading or playing a game -- compared to parents who just took phone calls.

"All their attention, all their gaze was at the device," study author Dr. Jenny Radesky, a pediatrician at Boston University Medical Center, told CBS News' Jericka Duncan. "They rarely put it down to talk with other people within the group. They seemed to be more engaged in the device than with the children they cared for."

Of these 40 interactions, the children exhibited behavior that ranged from entertaining themselves to escalating bids to get their attention, such as by being silly and acting out, according to Radesky.

The more absorbed the caregivers were in their devices, the more likely they were to respond harshly to their child's bad behavior. For example, one female caregiver staring at her cell phone -- with a baby in her lap -- yelled at her two other boys "Just two more minutes. Please eat." One of boys lost his straw in his juicebox and the same caregiver looked up from her phone saying he couldn't have it anymore since he pushed it in.

The researchers called this interaction "decreased responsiveness to child."

In another, a child got up to walk across the restaurant to get ketchup and the caregiver did not even look up -- at one point staring into her phone for about two minutes without ever looking away and having "no conversation" with the kid throughout most of the meal.

In one observation, kids tried a rendition of "jingle bells, Batman smells" until the dad told them to stop in a stern voice; this happened twice while he remained on his phone, with his warning escalating in intensity. In another, a girl would play with her food and and start stabbing a container with her fork, until she was scolded by both parents -- both looking at their phones throughout. The researchers said these provocative behaviors may have been expressed to test limits.

Other episodes did not involve harsh reactions from caregivers, including a woman who would nod without looking up while her girl asked her questions, with the child continuing to sway in her chair and ask away.

The most absorbed caregivers kept their gaze on the device while answering questions or giving instructions, often in a scolding or robotic tone -- if they even responded to the attention-seeking behavior in kids at all.

"We did ﬁnd it striking that during caregiver absorption with devices, some children appeared to accept the lack of engagement and entertained themselves, whereas others showed increasing bids for attention that were often answered with negative parent responses,"the researchers wrote.

The researchers cautioned this study was a first step in looking into whether mobile devices are particularly more absorbing than other activities that parents have often had to multitask with while caring for a child, and conclusions about how smartphones affected child-parent interaction should not be drawn.

But one expert told HealthDay that he had concerns that talking less to young kids while surfing smartphones may impact their language development.

"The single most powerful predictor of a child's vocabulary is conversations with the child," said Dr. Rahil Briggs, director of pediatric behavioral health services at Montefiore Medical Center in New York. "Dinnertime is an important time for those conversations, and if you're absorbed with your phone, that's a lost opportunity."

Jealous? Insecure? You may have relationship OCD