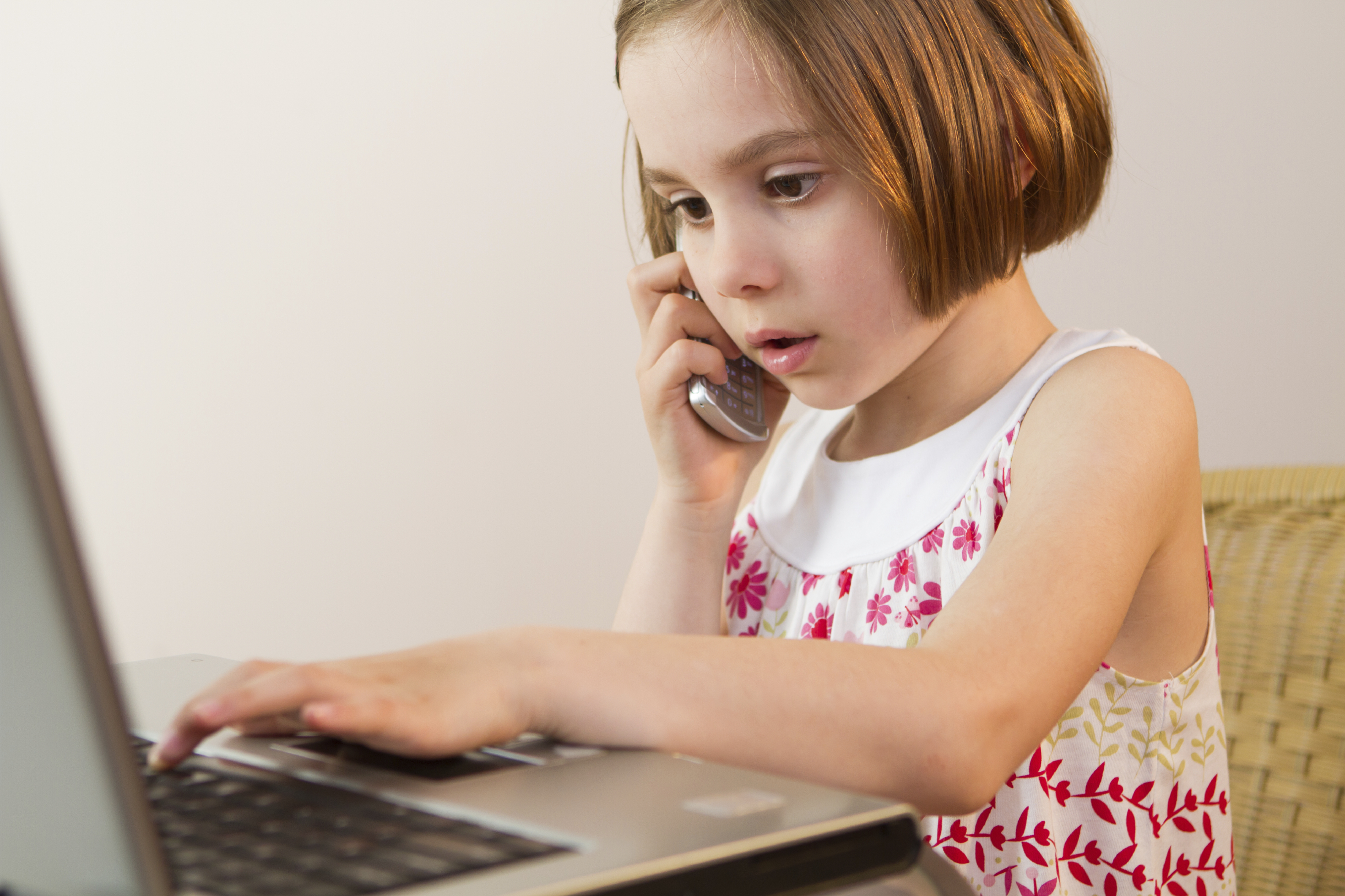 Like most parents today, Misha Shefter, the father of two girls and one boy, ages 15, 12 and 8, worries about how to regulate screen time in their home. "I think my kids are using the Internet too much. I think it interferes with their other activities," he said.

Currently, Shefter says he and his wife have no strict house rules in place regarding screen time. All of his children have access to cable TV and the Internet. His girls have their own computers and their son, the youngest, can use the family desktop. In addition, there are iPads, iPhones and an iPod at their New Jersey home.

But, he told CBS News, all of this technology is becoming a problem.

"My son is a big addict," Shefter said. "He plays games on the iPhone and iPad and sometimes he has a hard time stopping." The same is true for his eldest daughter. "She cannot put limits on herself and it's a major distraction."

Shefter and his wife have had several discussions with other parents about how to keep their kids' screen time under control, but they're unsure of what to do.

Amidst modern society's 24/7 exposure to interactive electronic devices and a deluge of research warning against the dangers of too much screen time for kids, it's no wonder many parents are at a loss.

According to the Mayo Clinic, children who spend more time in front of the screen can develop a whole array of problems: irregular sleep patterns, behavioral problems and impaired academic performance. One study out of the University of California, Los Angeles found that the more screen time children get, the harder it is for them to recognize emotions. Other studies have found that the overuse of technology can impair a child's development or ability to self-regulate.

The American Academy of Pediatrics weighed in on this topic in 2013 with a recommendation that children under the age of 2 use no electronic media at all. The organization recommended limiting older children's screen time to one or two hours a day. However, a 2010 Kaiser Family Foundation study found that young people spent an average of 7.5 hours a day with electronic media -- and smartphones and tablets have only proliferated since then.

In 1995, Young founded the Center for Internet Addiction at the Behavioral Health Services unit at Bradford Regional Medical Center in Pennsylvania, the first U.S. hospital-based treatment center for Internet addiction. Although the treatment center is for individuals 18 years and older, Young receives a lot of phone calls from parents who are seeking advice about kids who are addicted to video games. Warning signs that most of these kids exhibit include becoming violent or disobedient, losing interest in other activities, antisocial behavior and loss of control.

"The hard part has become that there are no treatment centers for young kids," Young said.

Treatment centers for youths with video game addictions are already available in countries including China, South Korea and Taiwan. One such treatment center in Beijing, where Internet addiction is deemed a national crisis, is the focus of the documentary film "Web Junkie," which recently aired on PBS. The documentary follows three Chinese teenagers as they go through a three-month military-style rehab program to overcome their obsessions with games.

In the U.S., the American Psychiatric Association does not recognize video game or technology addiction in the Diagnostic and Statistical Manual of Mental Disorders because there is insufficient evidence to include it as an official mental disorder.

Based on the limited research that has been conducted in this country, experts on the matter have developed guidelines for what to do about technology addiction at home.

Young for example, developed what are called the 3-6-9-12 Parenting Guidelines for managing tech use at home for kids of different ages. The guidelines advise that children should not have any screen time before the age of three because it could impair social communication and development. From the ages of 3-6, Young recommends an hour a day of controlled and monitored technology. Children ages 6-9 can have two hours of screen time a day, including family game time. The same rules apply for children ages 9-12 although they can have slightly more independence with technology and social media.

But not everyone agrees that technology use among kids should be that restricted.

"Limiting screen time creates the forbidden fruit and it becomes a conflict every time," Dr. Michael Rich, director of the Center on Media and Child Health at Boston Children's Hospital, told CBS News. Besides, he said, "different families have different needs."

Rich believes there is too much fear from parents and pediatricians about healthy ways to integrate technology into a child's life, which sends the wrong message about such a ubiquitous part of society.

"People are looking for a number, an easy answer, but we're dealing with a continuum," he told CBS News. "It should be less about the amount of time with the screen and more to do with what they're doing with those screens."

Rich said that using digital devices should not be a child's default behavior. Instead it should be integrated into the child's day along with other activities. If parents take away electronic devices altogether, it might have a negative effect on the child's social life.

"Instead of restricting, we should be thinking about what it is we're feeding our kids' minds and making informed choices about that," Rich said.

However, both Young and Rich believe that parents set a bad example and are partly to blame for the problems with too much screen time. Many parents spend hours absorbed in their own devices and don't pay enough attention to their kids.

In a June 2015 survey by AVG Technologies of more than 6,000 parents and children between the ages of 8 and 13, 54 percent of the kids questioned felt that their parents checked their devices too much. Children also griped that parents were distracted by their devices during conversation and made them feel unimportant.

"We don't know how to live with boredom anymore," Young told CBS News. "We lost that art of communicating one-on-one and it hurts families."

Lots of times parents are complicit, giving devices to children to keep them quiet or under control. "Kids aren't reaching for iPads, they're being handed them," Rich said. The key, Rich said, is for parents to be critical thinkers of the media we use as part of the environment in which we are raising our children.

Based on his conversations with fellow parents, Shefter said he and his wife are considering restricting their kids' use of the Internet to three hours a week. "It is a thin line between being 'fair' and becoming an enemy that we are walking," he told CBS News. "But there's got to be some sort of limit."