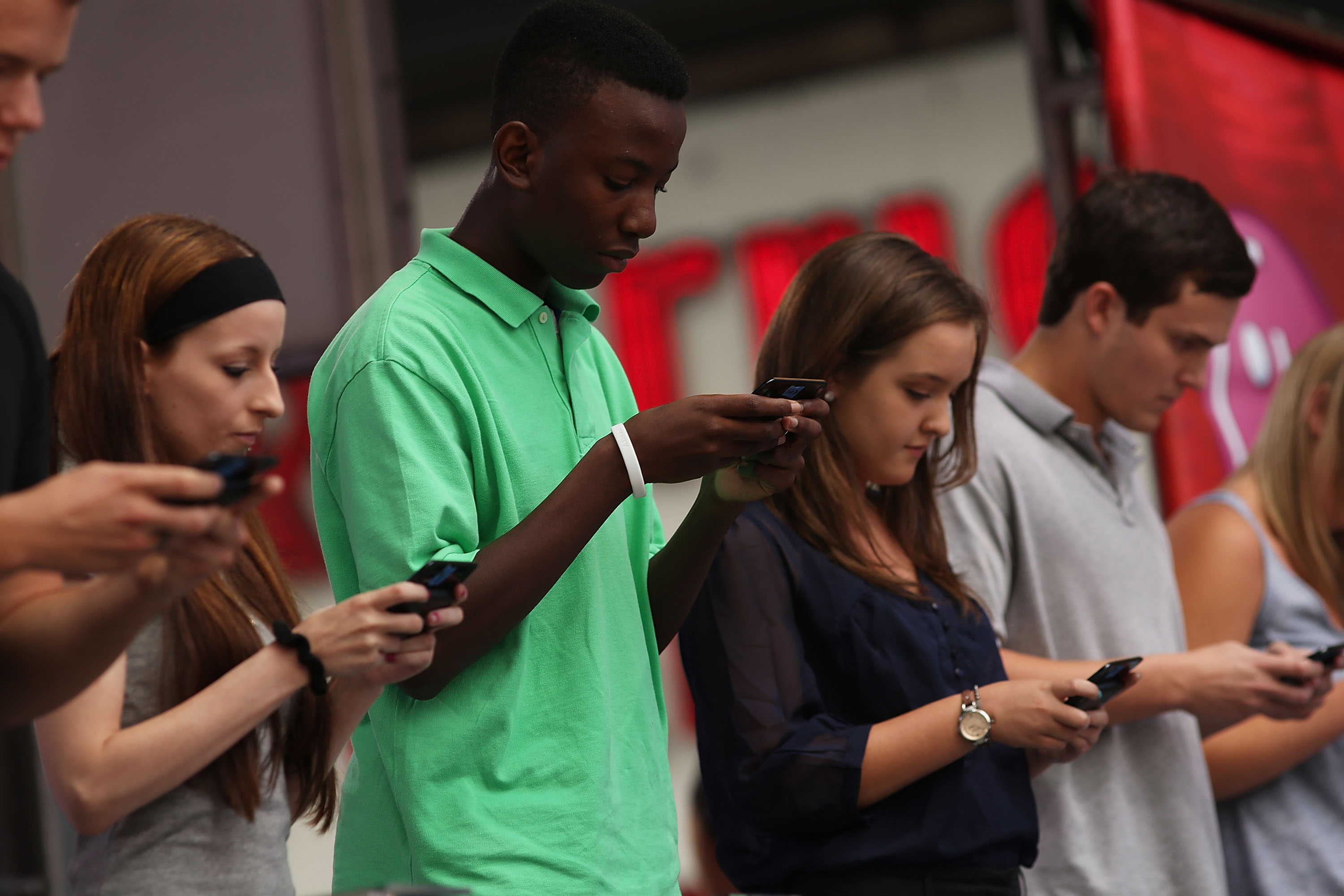 Yes, millennials are hooked on their smartphones. But they're not happy about it.

Nine out of ten younger millennials (ages 18 to 24) check their phones at least once an hour, if not "constantly," according to the results of a Bank of America mobile trend report released this week. They are more likely than any other age group to sleep with their phones next to them in bed. And -- as shown in a Harris poll conducted on behalf of the Webby Awards, out Thursday -- nearly 80 percent of 18-to-34 year olds admitted to using their smartphones in the bathroom.

But their feelings are conflicted.

Though many of these young people can't seem to get through a bus ride, a church service or a bathroom break without using their phones, more than half of the Webby respondents said they think they'd be happier if they used their phones less.

This pervasive cognitive dissonance showed up again and again in the results.

In their professional lives:

Ninety percent of millennials (and 96 percent of students) in the Webby poll said that over the next decade the Internet will provide them with more access to jobs that they're suited for. And yet 83 percent worry that if they don't keep up with the latest technologies, they'll be less employable. That's compared with 77 percent of adults across all age groups.

And in their personal lives:

While 88 percent of millennials say that technology has brought them closer to friends and relatives who live far away, fewer than half think that new technology will allow them to maintain deeper relationships in the future than they have today. And 77 percent believe that in 10 years, relationships will be less authentic because of our reliance on digital communication.

It probably doesn't help that millennials are the worst offenders when it comes to texting at meals and checking their phones in the middle of conversations -- or that they are the most likely to be broken up with via text message.