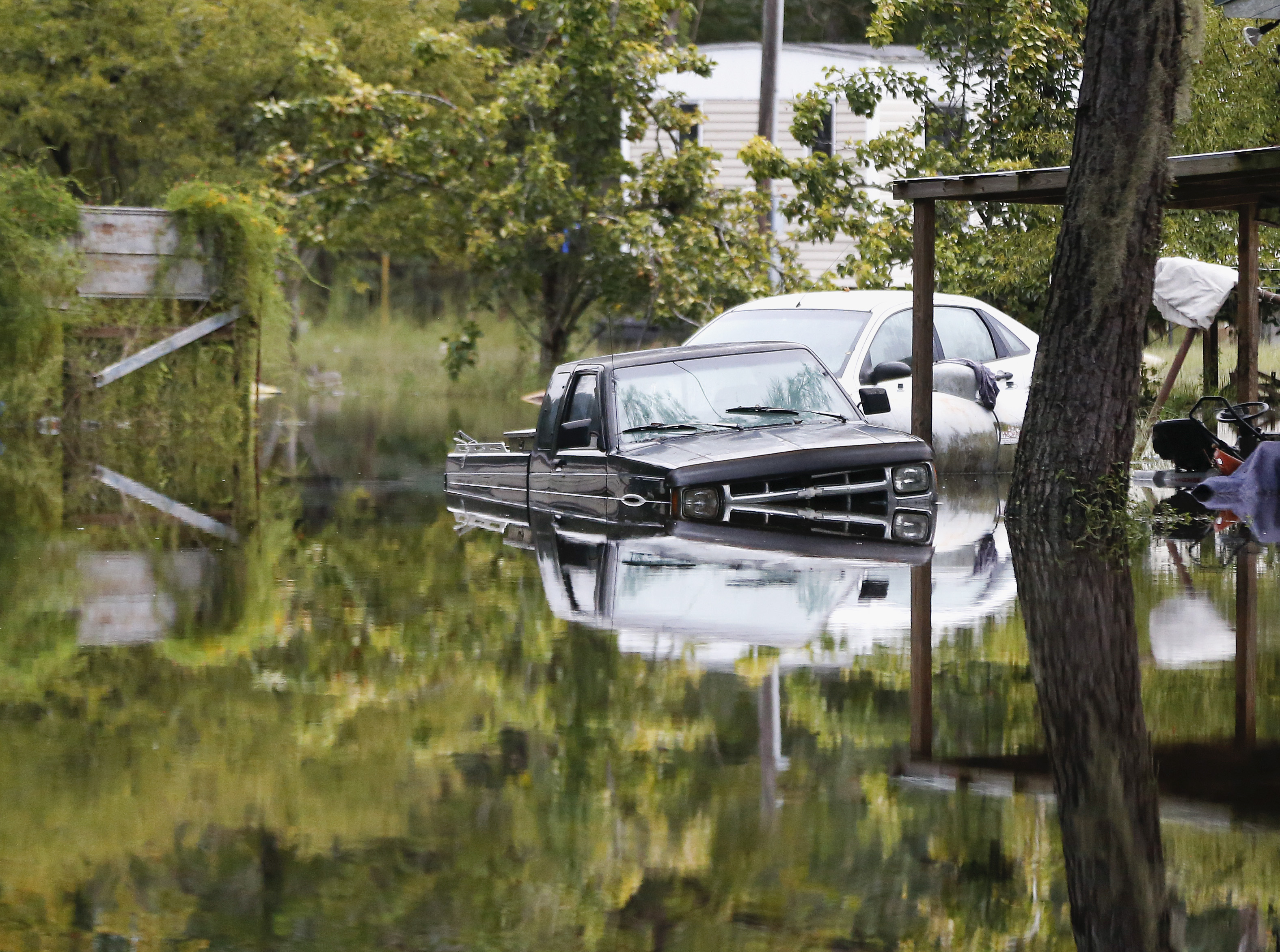 More than a week after the historic storm, the death toll stands at 21 in North and South Carolina. Twenty-seven dams have failed, 129 more are in jeopardy, and more than 300 roads and bridges remain closed. Flood warnings are still in effect in parts of the state.

Over the weekend, a new round of heavy rain lashed the state, as much as six inches in some places, soaking areas already saturated with flood waters.

While no new significant damage was reported, recovery efforts have been slow throughout the state.

The community of Big Dam is completely surrounded by flood water.

Fifteen-year-old Hunter Birt and his father Daniel are among the many volunteers trying to help the 275 people who have been cut off. For days, boats have been the only way in or out of Big Dam.

"I'm hauling people back and forth, I guess you can say a taxi, hauling food supplies," said Hunter Birt.

Dr. Lizina Green and her team have been bringing medication and medical supplies to the town that's become an island. On Sunday, she needed a boat to make house calls.

"It's amazing, because I drive this road all the time to see my home visits, go and see my patients who live out here and there's no road," said Dr. Green of the road now buried under 15 feet of water.

Getting food and supplies to some of these remote areas has been essential to recovery efforts. Meanwhile, hundreds of thousands of people in the capital city of Columbia are still being told to boil their water.