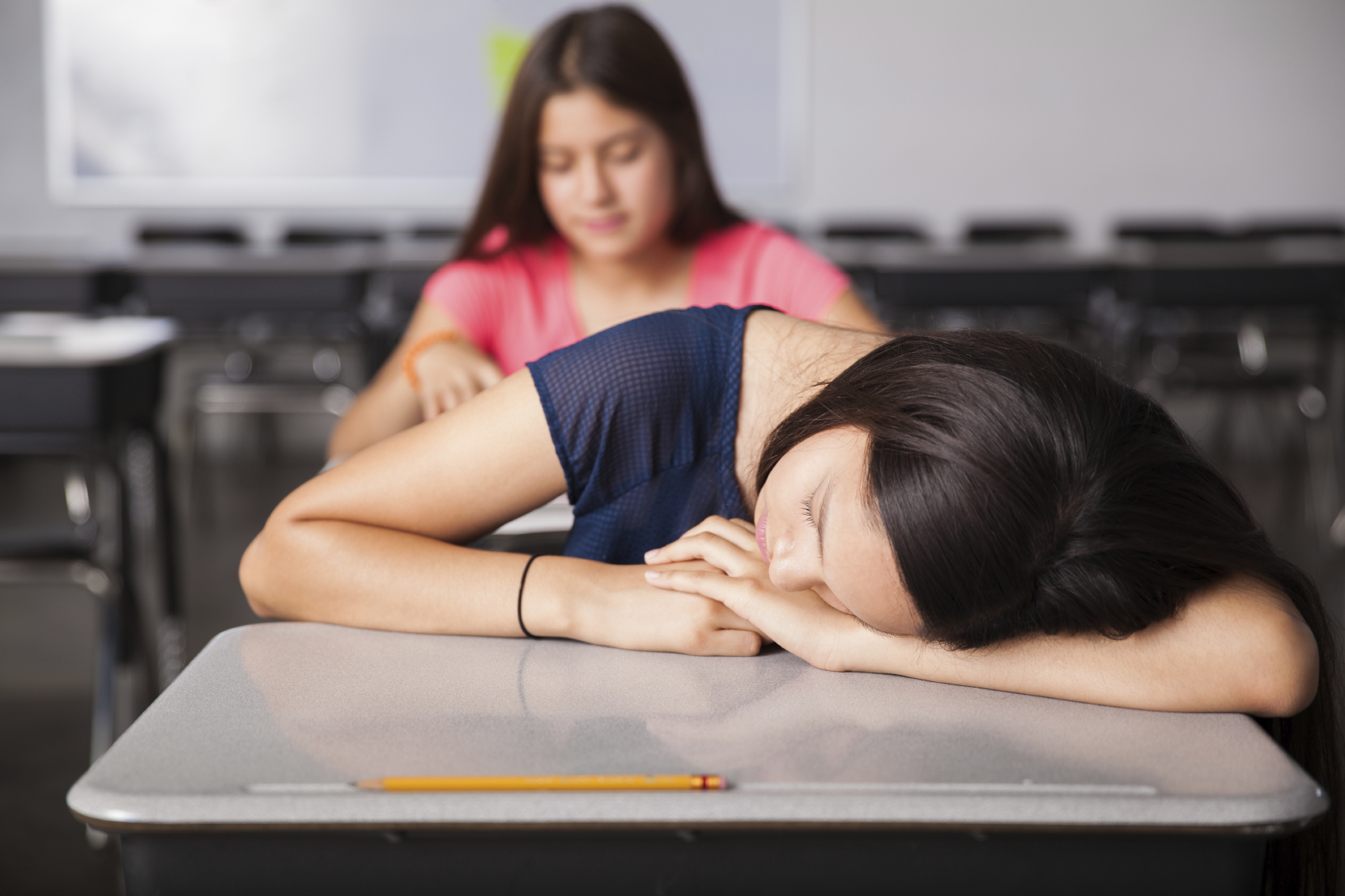 Sleep-deprived high school students are more likely to sustain injuries -- often due to risky behaviors -- than those who are well rested, U.S. health officials reported Thursday.

In a study of more than 50,000 students, researchers found that those teens who got seven hours of sleep or less on school nights were more likely to engage in risky behaviors, such as not wearing a seat belt, riding with a drinking driver, and drinking and driving.

"The failure of most high school students to get sufficient sleep may put them at increased risk for unintentional injuries," said lead researcher Anne Wheaton, an epidemiologist at the U.S. Centers for Disease Control and Prevention.

The study also found that teens who slept 10 or more hours a night were also prone to injuries and risky behaviors, compared with students who slept nine hours.

"We have known all along that sleep deprivation and too much sleep are problems and cause accidents," said Dr. Alon Avidan, director of the UCLA Sleep Disorders Center in Los Angeles.

This is the first study that shows that sleep deprivation in teens leads to risky behavior that puts them at risk for accidents, he said.

People who sleep too much may also be sleep deprived, he added, because they're often trying to make up for lost sleep. And, too much sleep can be associated with a greater risk for depression and other medical conditions, such as chronic pain, Avidan explained.

For the new study, the CDC researchers looked at the association between self-reported sleep duration on an average school night and several injury-related risk behaviors. Those behaviors included infrequent use of a bicycle helmet, infrequent seatbelt use, riding with a driver who had been drinking, drinking and driving, and texting while driving.

"We found that students who reported sleeping seven hours or less were more likely to report each of these injury-related risk behaviors, compared with students who slept nine hours," Wheaton said.

"Infrequent seatbelt use and riding with a driver who had been drinking both increase the risk of injury, even when the sleepy student is not the driver," she added.

Avidan said lack of sleep among teens can be caused by a variety of factors, including late-night computer use, TV watching and video game playing.

And, light exposure from computers, TVs, tablets and smartphones can delay falling asleep by as much as one hour, he said.

Too much caffeine, trying to catch up on sleep on weekends and napping during the day also play havoc with getting a good night's sleep, Avidan said.

Another factor is the "early rise time with schools expecting kids to be at school at 7 a.m.," Avidan said.

Dr. Marcel Deray, a pediatric neurologist and head of the sleep disorder center at Nicklaus Children's Hospital in Miami, said some states, like Minnesota, have changed high school starting times to let kids get more sleep. "If they could delay school starting time by an hour, that would be ideal," he said.

Avidan said that the best way to ensure getting enough sleep is to "maintain a regular sleep/wake schedule. For teens that's a minimum of eight hours a night."

Other steps include eliminating exposure to artificial light and eliminating caffeine after noon, he suggested.

Artificial light delays the effect of melatonin, Avidan said. "Melatonin is the hormone of darkness, so the more artificial light you have, the more melatonin secretion is delayed, and that adds fuel to the fire," he explained.