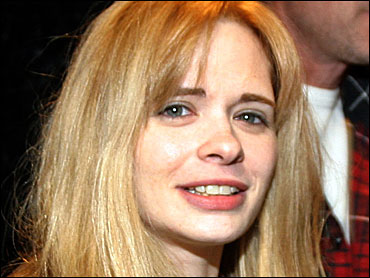 A New York filmmaker is getting rave reviews for her new movie, but she's not here to enjoy the success. Adrienne Shelly was murdered last November in Greenwich Village.

Shelly wrote, directed and co-starred in "Waitress," the story of three love-starved waitresses who finally get what they're looking for in this Capraesque, yet quirky, feel-good movie that's receiving rave reviews.

Now, Shelly's husband is speaking out for the first time.

In an exclusive interview, he tells Magee Hickey of CBS 2 HD in New York how he's keeping her legacy alive.

"The more successful it is, the more Adrienne's absence is pronounced and you feel that absence and then you feel sad that she's not here to experience the joy around this film that everyone else is experiencing," husband Andy Ostroy said.

Ostroy has turned the tragedy of his wife's murder into something positive by creating the Adrienne Shelly Foundation to help other female filmmakers because, he says, that's what his late wife would have wanted.

As Ostroy tries to raise their 3-year-old daughter alone, he says he's working on turning a screenplay Adrienne wrote after "Waitress" into a movie.