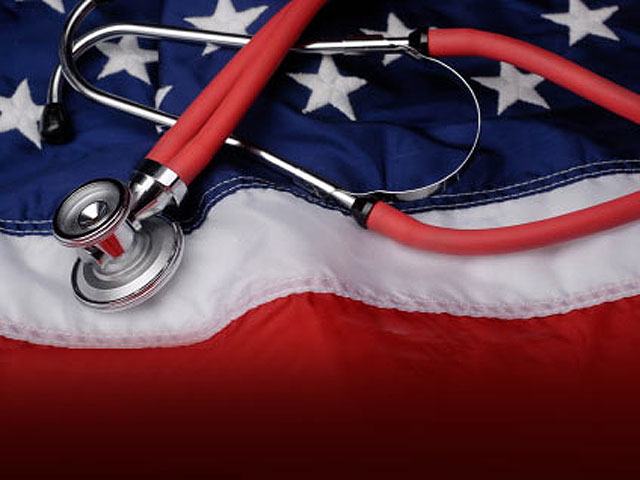 President Obama on Friday slammed the Republican Party for its "ideological fixation" with repealing the Affordable Care Act, specifically taking them to task for the plan backed by some in the GOP to defund the health care law or let the government shut down.

"The idea that you would shut down the government unless you prevent 30 million people from getting health care is a bad idea," he said in a White House news conference.

A number of Republicans in Congress have vowed to vote against a measure to keep the government running after Sept. 30 unless funding is stripped for the implementation of Obamacare. The plan isn't likely to go anywhere -- a number of other Republicans have already criticized the idea, in part because nonpartisan research shows shutting the government down wouldn't stop the law's implementation.

Nevertheless, backers of the plan like Sen. Ted Cruz, R-Texas, have said if the law isn't stopped now -- before it is fully implemented -- it may never be. "No major entitlement, once it has been implemented, has ever been unwound," Cruz said. "If we don't do it now, in all likelihood we never will."

Mr. Obama on Friday said he is confident that "common sense in the end will prevail."

"I can tell you that the American people would have difficulty understanding why we would weaken our economy, shut down our government, shut down vital services... because Republicans have determined that they don't want to see these folks get health care," he said. "Now, I think the really interesting question is why it is that my friends in the other party have made the idea of preventing these people from getting health care their holy grail, their number one priority. The one unifying principle in the Republican Party at the moment is making sure that 30 million people don't have health care."

The president also defended his administration's unilateral decision to delay for one year the implementation of the employer mandate, remarking that he didn't make the decision on his own.

"This was in consultation with businesses all across the country," he said. "Many of whom are supportive of the Affordable Care Act... but were concerned about the operational details."

Mr. Obama said that "in a normal political environment," he could have easily asked Congress to make "a technical change to the law."

"That would be the normal thing that I would prefer to do," he said. "But, we're not in a normal atmosphere around here when it comes to, quote-unquote, 'Obamacare.' We did have the executive authority to do so and we did so."