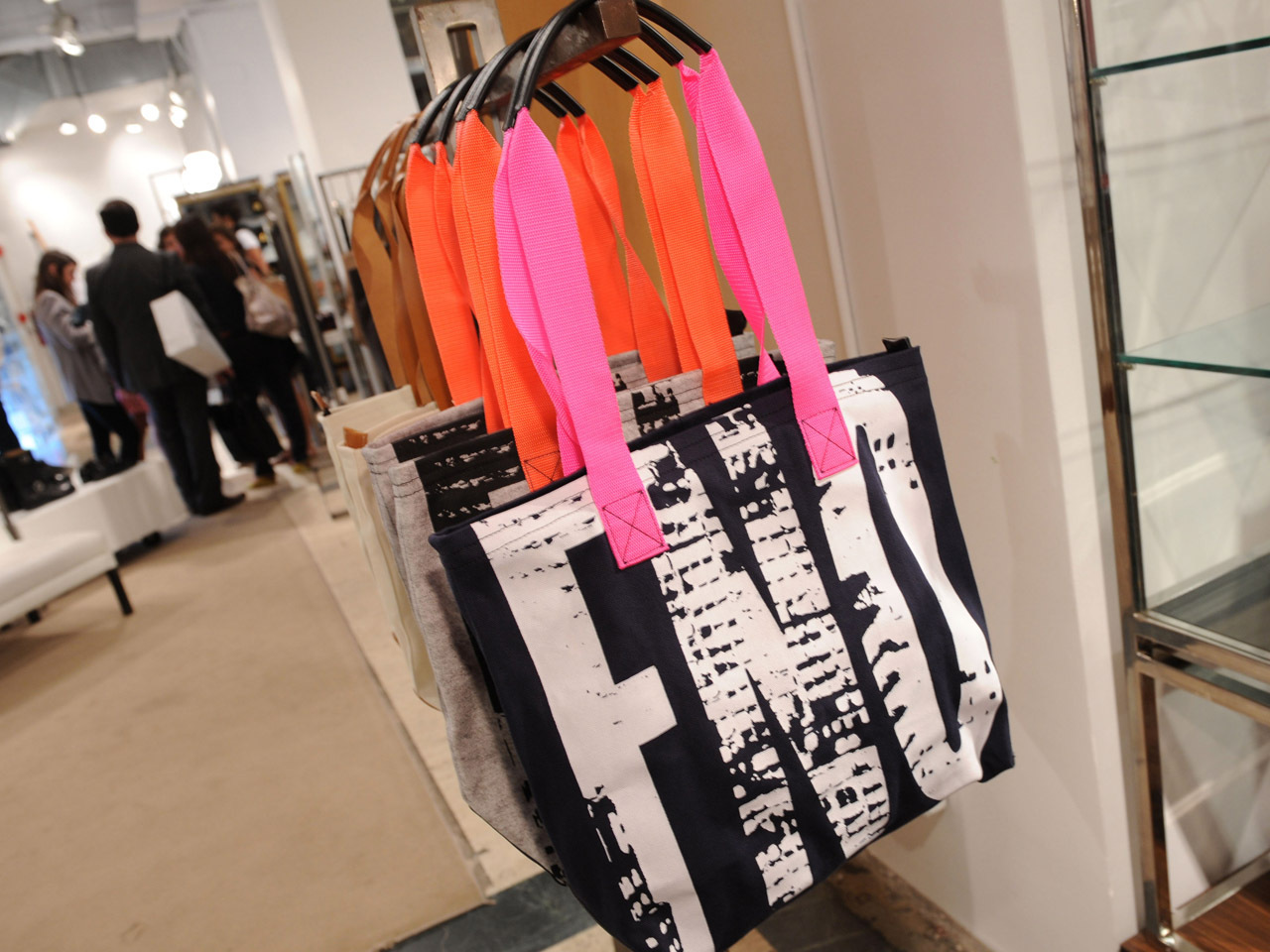 (CBS/AP) Shoppers hit the Big Apple on Thursday for the fourth annual Fashion's Night Out, a night created to lure shoppers into stores with celebrity appearances, giveaways, drinks and music, but not without a price - long lines.

At Lord & Taylor on Fifth Avenue, young fashionistas waited in a line outside the store, just for a chance to meet Kim Kardashian, who was signing $123 gift sets of her perfume True Reflection. But the lines didn't discourage some of the shoppers.

Twenty-one-year-old Theresa Persaud, who was happily waiting in line, explained why she chose Lord & Taylor: "I'm here because of the deals, Kim Kardashian and I love fashion."

Persaud, who had been to FNO before, said in addition to seeing Kardashian, she is looking forward to buying some items for the fall.

"I love makeup and I want a lot of boots so I think this is the perfect time to start shopping for that."

But, for others Fashion's Night Out is not just about buying something new.

"I feel like it's a fun atmosphere, you get to go to new places and check out new collections," explained Simoni Shaa, 22. "I'm not really looking to buy anything. It's a lot of window shopping going on tonight for me."

While FNO is a global event, some shoppers travelled to New York to get a feel for what the event is like in the Big Apple, were it all began in 2008..

A group of girls in line at Lord & Taylor travelled from Australia and said  that, while they are in opposite fashion seasons than the U.S.,  they wanted  to check out what New York had to offer.

"We don't have anything like this," said Lucy O'Connor, 22, referring to the scale of New York's FNO.

The event, which was the brainchild of Vogue editor Anna Wintour, was created in 2008 to combat the deep recession the country was in then.

It was proven so popular that it is now a fixture in more than 19 countries.