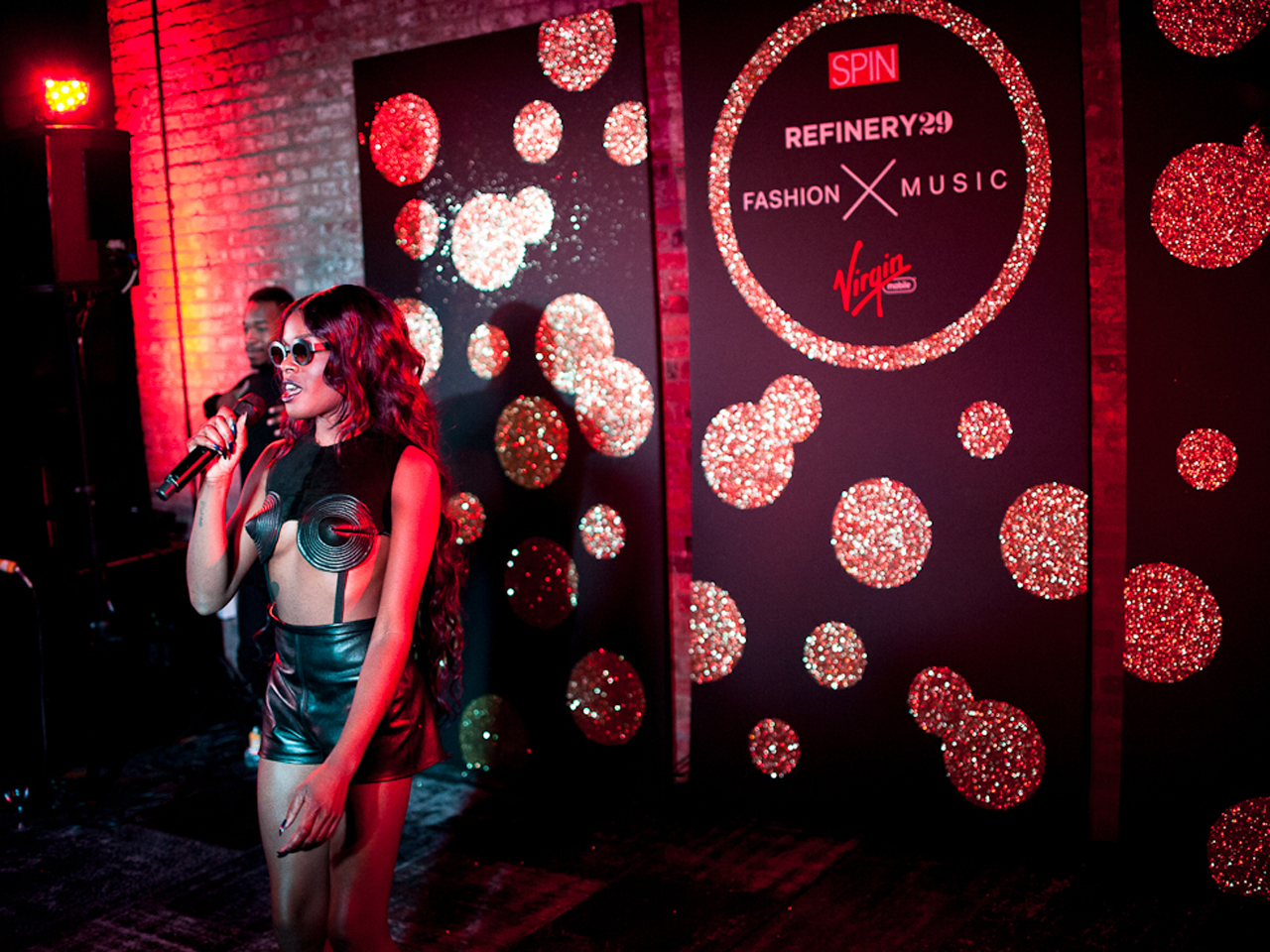 (CBS News) New York Fashion Week got a jump-start with a splash of punk rock and a fresh dose of hip-hop Wednesday night at the Wythe Hotel in Brooklyn, N.Y.

Hosted by SPIN and Refinery 29, the Fashion Week event is just the beginning of what's to come in the next week: a lot of glamour and parties.

"Our goal is to reinvent the formula and bring a new perspective to covering Fashion Week," said Christene Barberich, editor-in-chief at Refinery29. "Music is a huge inspiration for designers, and this is a fresh way to showcase that."

Wednesday night's bash featured performances by Brooklyn, N.Y.-based punk duo Hunters and rising star Azealia Banks, Spin's cover girl for its September/October "Look" issue. The 21-year-old Harlem-born rapper is already entrenched in the fashion industry. She's the new face of a fashion line by Alexander Wang and also has her own limited edition M.A.C. lip color. Banks began her set with "1991," the title track off her EP.

But Banks is by no means the only music artist stepping out for this week's Fashion Week in New York. Justin Bieber and Taylor Swift already appear in a Fashion's Night Out video and are expected to be among the stars making the rounds in Manhattan. Tonight's Fashion's Night Out initiative will feature a performance by Cyndi Lauper at Manolo Blahnik in New York. On Sept. 13, Lady Gaga will hit the Guggenheim Museum for a fragrance launch. The black-tie masquerade bash will feature a performance by Gaga herself.

And of course, the runway will be full of music, too. DJ Michael Gaubert, who will provide the beats for the Micahel Kors show, told The New York Times, "M.K. loves New Order, and also loves it when Vitamin String Quartet covers pop music. We commissioned them to record 'Bizarre Love Triangle' with a full orchestra."