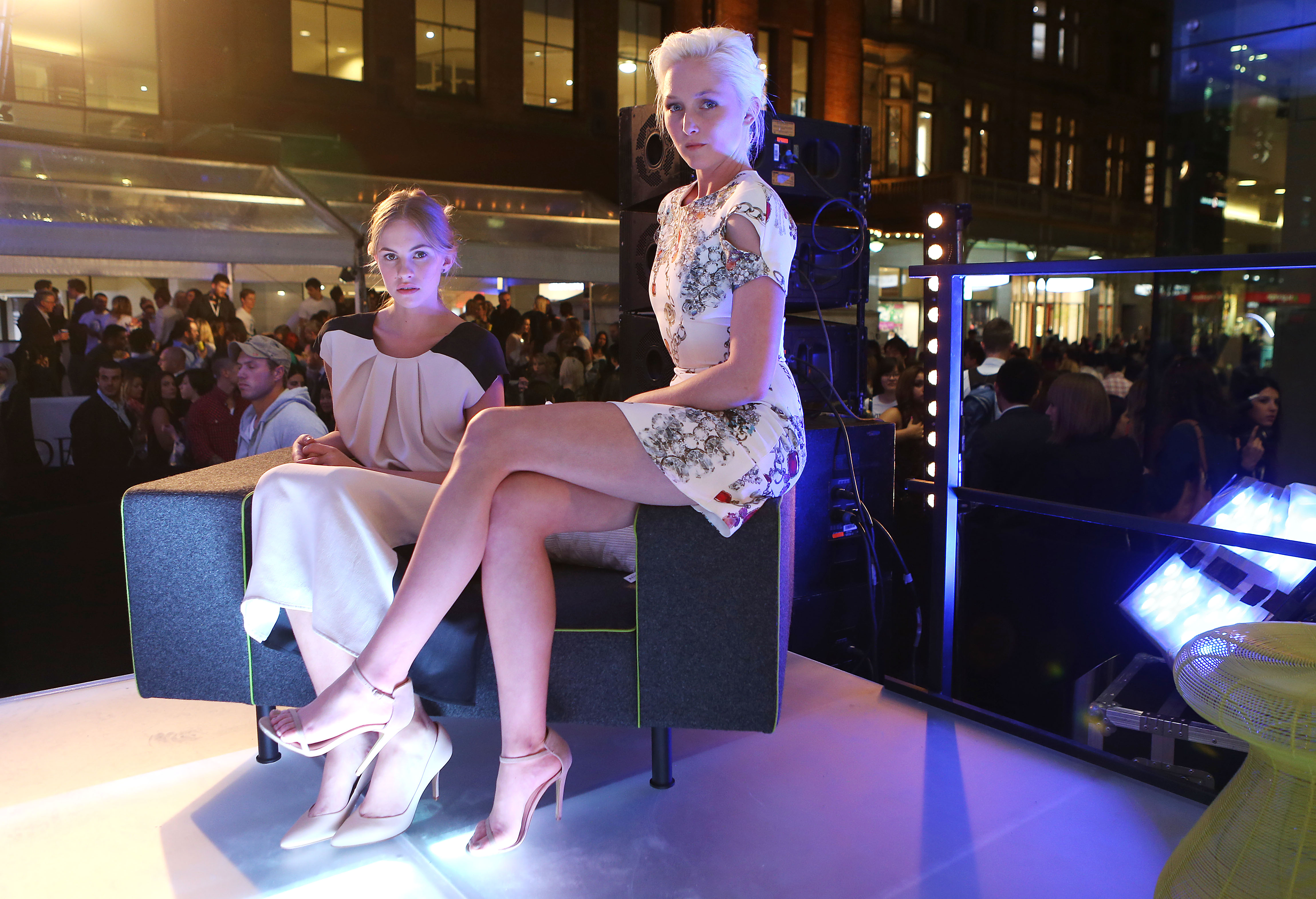 (CBS/AP) NEW YORK It's all over in London and Paris, but the Fashion's Night Out fun in New York and other U.S. cities is just beginning.

Amateur fashionistas mingled with models and celebrities on Thursday as they broke out their stilettos and their wallets for the fourth annual global Fashion's Night Out.

The brainchild of Vogue editor Anna Wintour, the celebrity-studded night was designed to lure shoppers into stores for celebrity spotting, music, giveaways, food and drinks, and, of course, shopping. It was seen at its 2008 start as an antidote to the deep recession the country was then in.

It has proven so popular that it's now a fixture in some 19 countries, over three weeks involving tens of thousands of shoppers.

By early evening in New York, where it's held on the eve of Fashion Week, the basement beauty floor of Bergdorf Goodman was packed.

Madeleine Russell of Manhattan, wearing her FNO shirt from last year, got her nails done ahead of a long line. She's been attending FNO events every year since 2008.

"I'm inspired by all the fashion around me and I get my own ideas."

Like the FNO pro she is, Russell planned to head home from Bergdorf to put on makeup and her Manolo Blahniks to see Cyndi Lauper at the Blahnik store later in the evening.

By dusk in Paris, the luxury shopping district was awash with thousands of people, both the serious shoppers and those who just wanted to enjoy themselves.

"There are too many people here to buy clothes. But people get to know the brands, and buy another time. Today, it's all about fun," said Corine Marneffe, 50.

Chloe produced one of the best spectacles in Paris: A parade of dancing cheerleaders who descended in camp style from a Chevrolet truck.

Rising star Anthony Vaccarello now a staple fixture of the Paris fashion-week calendar moved into trendy boutique Colette for the evening to show off his new work. It included an exquisite one-shoulder white satin gown.

"Here in Paris it's about window shopping, looking, celebrating fashion. In New York, the emphasis is on purchasing. It's just two different styles of the same evening," said Vaccarello

In London, models Yasmin and Amber Le Bon (wife and daughter of Simon) were walking in a fashion show at the Westfield shopping center along with Lizzy Jagger (daughter of Mick).

Does all the starpower and hoopla help at the register? "Ask me tomorrow," Max Azria said with a laugh backstage before his BCBG presentation at New York Fashion Week. He said it can't hurt to meet shoppers.

Kelly Talamas, director of Vogue Mexico Latin America, said that last year's Fashion's Night Out boosted local sales. For its second year, Fashion's Night Out Mexico more than doubled the number of participating stores, to 250 from 100 in 2011. FNO Mexico will also expand to the Mexican city of Guadalajara, where activities will be held Sept. 13.

Stores across the U.S. are also holding events, though they're less star-studded. In Chicago, Saks Fifth Avenue will offer free cocktails, hors d'oeuvres and music; in Atlanta, Lenox Square Mall is giving out gift bags, will hold a fashion show at Banana Republic and offer makeup touch ups at Aveda. In Dallas, fashion shows were planned at Galleria Dallas and NorthPark Center, where the Neiman Marcus will show "The September Issue," provide snacks and a contest for a $2,500 gift card.