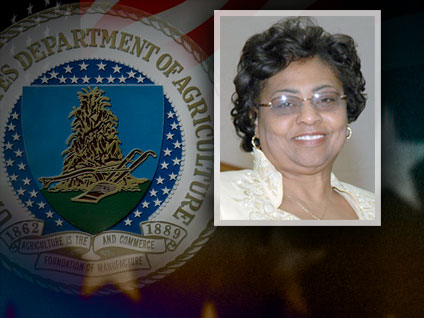 On Monday evening, White House officials got word of a story they knew would be troublesome: a Department of Agriculture official was caught on tape suggesting she'd given a white farmer less of her time than she would have given a black farmer.

The heads-up came from the USDA itself, which was already circulating a press statement: Shirley Sherrod would be fired. The White House personnel office and the press office signed off. A few senior White House officials were looped in as a courtesy.

And the Secretary of Agriculture, Tom Vilsack, insists that no one from the White House told him to do anything. The videotape, at the time, spoke for itself.

Shirley Sherrod may be insignificant in the grand scheme of things, but the handling of her case has exposed raw wounds at the White House.

There are two points Vilsack had in mind. One was race. President Obama's numbers among white people are historically low. His motivations aren't trusted. Andrew Breitbart and Fox News regularly accuse him of privileging the needs/wants/desires of minorities more than white people. So when a rare case comes to the fore where it appears as if a government official actually treated people differently because of her race, getting her fired, quickly, is how you solve the problem, especially if you're accused of reacting so slowly.

A year into this presidency, race still trips up the White House. And, apparently, the country. It's no longer taboo to directly accuse the president of using his powers to benefit blacks over whites. The old Southern strategy from Lee Atwater's days, where complaints about economic redistribution are used as a proxy to anger white voters, is suddenly back with a vengeance.

The second was that the White House, and cabinet officials, have been accused of reacting too slowly to political crisis. Vilsack wanted to act quickly. In a sense, he had over-learned a lesson.

The White House palace intrigue stuff is interesting, but less so than the observation that the tone of the racial debate is in some ways less civilized that it was before we elected our first black president. Maybe these debates were never resolved. Maybe they were submerged by the prosperity of the 1990s and the focus on war and terrorism of the aught decades... and now, because there is a black president, there is oxygen for them again.

Curiously, even though the White House itself appears to have had little or nothing to do with the actual decision, some officials have been diming out others.

There are numerous entangling motivations... a sense among black staffers that white staffers still don't know how to properly handle racial stuff ... a sense among other staffers that the White House is driven too much by Fox's agenda... a sense that the political operation is not doing well, which may be true from an absolute standpoint but is false from a relative one - what do they have to play with? Not much.

That about sums it up.