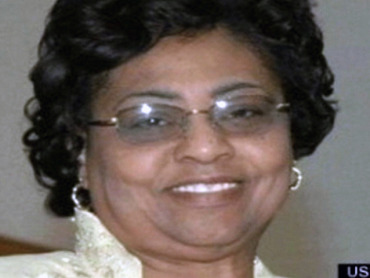 Stating that "a disservice was done," White House press secretary Robert Gibbs today apologized to former USDA employee Shirley Sherrod over her firing after a conservative news outlet posted an out-of-context video of comments she made two decades ago.

"I think without a doubt is Sherrod is owed an apology," Gibbs told reporters. "I would do so certainly on behalf of this administration."

Sherrod, who watched the briefing, immediately responded on CNN that "it makes me feel better that the apology is finally happening."

"I accept their apology," she said.

Gibbs maintained that the decision to fire Sherrod was made by Agriculture Secretary Tom Vilsack and that the White House, which initially stood by Vilsack's decision, did not direct that she be fired.

He said Vilsack was trying to reach Sherrod to apologize and "talk about their next steps." Later, Sherrod told media outlets she had spoken to Vilsack and that he had offered her a job, though not necessarily her previous position as Georgia State Director of Rural Development. Sherrod, who has expressed ambivalence about returning in light of her treatment, is reportedly considering whether to accept the offer.

Gibbs, calling the situation an "injustice," said at the briefing that "a lot of people involved in this situation, from the government's perspective on through, acted without all the facts."

Told Sherrod was watching the briefing, Gibbs was asked if he had anything to say to her. He repeated that he apologized on behalf of the administration. He said the White House had to look back at the last few days to "ask ourselves how we got into this."

"I think we live in a culture that things whip around, people want fast responses, we want to give fast responses, and I don't think there's any doubt is if we all look at this, I think one of the great lessons you take away from this is to ask all the questions first, and come to that greater understanding," he said.

"Members of this administration, members of the media, members of different political factions on both sides of this have all made determinations and judgments without a full set of facts," added Gibbs.

Gibbs denied that the administration acted so quickly to fire Sherrod because it is "afraid" of conservative commentators or hypersensitive on issues of race. But Sherrod, speaking on CNN, maintained that "being so afraid of the machine that the right has put out there, that's what driving this." (Above, watch a discussion of the Sherrod controversy and an interview with Sherrod on CBSNews.com's "Washington Unplugged.")

"I think that's why they were so quick to act without listening," she said. "Because I was saying please listen to the tape, this didn't happen." She said the attitude of the Obama administration was "get her out of the way, push her under the rug."

The press secretary said the president was briefed on the Sherrod situation yesterday and today. He suggested the situation could be a "teachable moment" on race, though he said the teacher isn't necessarily President Obama.

"We need to stop looking just at race," Sherrod said on CNN. "Just at black vs white. We need to get beyond that. We can't forget that because that is definitely a part of us, but we need to move on."

Sherrod said yesterday that the USDA pressed her to resign without listening to her side of the story or taking the time to review the remarks she gave to the NAACP. She said the USDA official who contacted her said she was acting at the behest of the White House.