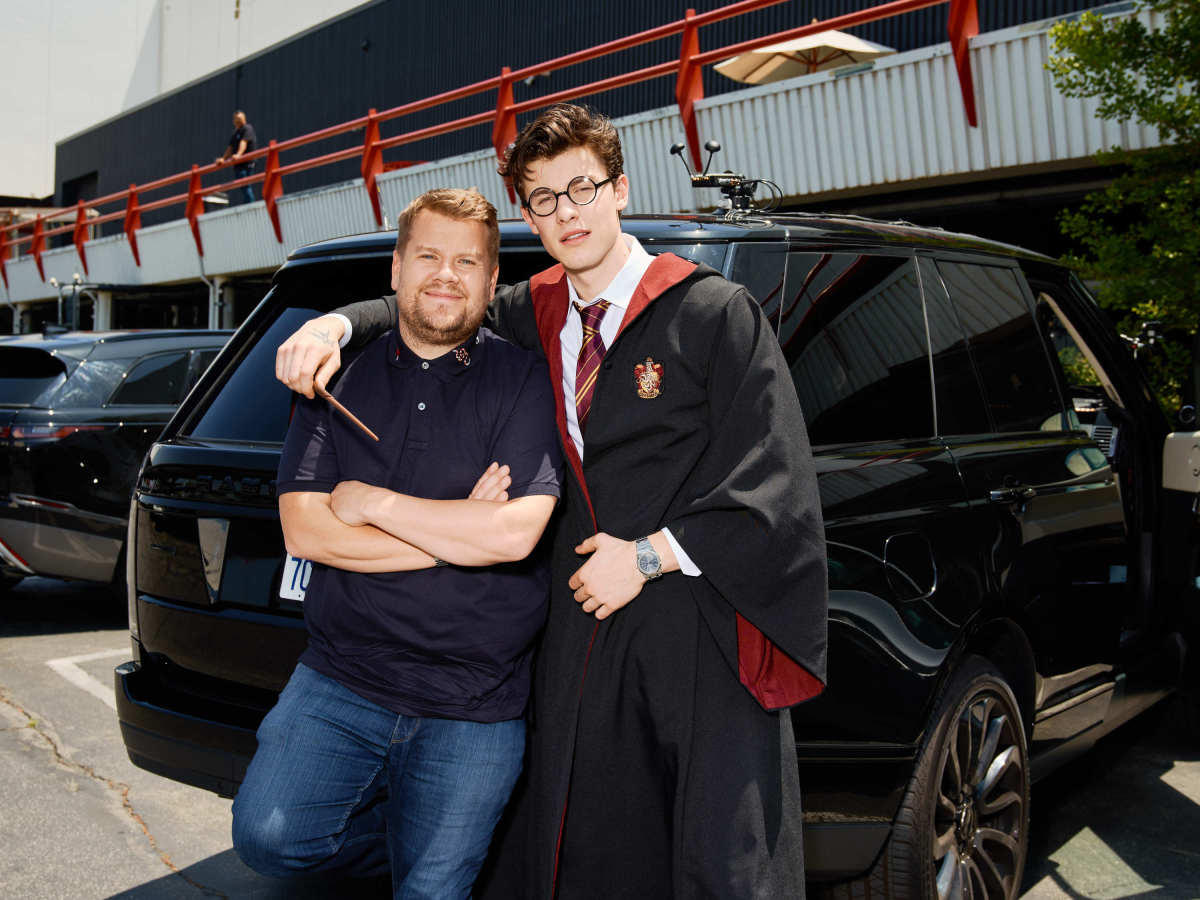 Shawn Mendes claimed on "Carpool Karaoke" that he's not "crazy obsessed" with "Harry Potter," but his ride with "The Late Late Show" host James Corden proved otherwise. The Canadian singer and "Voice" adviser joined Corden on Monday's show to sing Mendes' greatest hits, like "There's Nothing Holding Me Back," "Mercy" and "Perfectly Wrong."

But the pop heartthrob showed off his nerdy side when Corden quizzed him on "Harry Potter."

"On a scale of 10 being crazed superfan and zero is, hate it, never seen it, where are you?" Corden asked.

Mendes claimed he was a "9.5," saying, "I have a whole book at home that I wrote all the spells in and stuff." Then, Mendes started to change before viewers' eyes. As Corden and Mendes talked more and more about "Harry Potter," a lightning bolt scar -- just like Harry Potter's -- began to appear on Mendes' forehead.

"Just the magic, you know," Mendes said of why he loves "Harry Potter." "The wands and the weird candy ... " as Potter's glasses appeared on Mendes' face.

Mendes then appeared in a full Gryffindor robe, complete with a wand, as he talked about being starstruck when he met Emma Watson. "I was definitely sweating a bit," he admitted.

Then, when Corden asked, "You're like a proper superfan?" Mendes denied it.

"No, I mean, I'm like a fan, I like it, but I'm not like crazy obsessed with it," said the singer, now in Dumbledore's robes and beard.

Watch the full segment below.