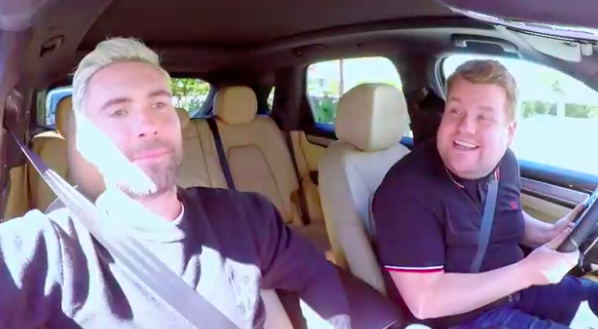 "Late, Late Show" host James Corden was shooting a Carpool Karaoke segment with Maroon 5 singer Adam Levine on the streets of Los Angeles when the two were flagged by a deputy of the Los Angeles Sheriff's Department.

A clip released by the show documented the incident, where Levine rolled down the passenger window to hear the deputy say, "I'm gonna pull you over so (Levine) can sing a song for me."

Laughing, Corden asked, "You want us to pull over so he can sing a song for you?"

"Yes," the deputy replied, "because you're causing a traffic hazard." The host laughed, then complied.

According to CBS Los Angeles, the deputy said the encounter was not scripted. The exact time and location is not clear, though the department gave a shout-out to promote the upcoming episode in a tweet on Wednesday.

The full segment will air on Corden's show tonight.