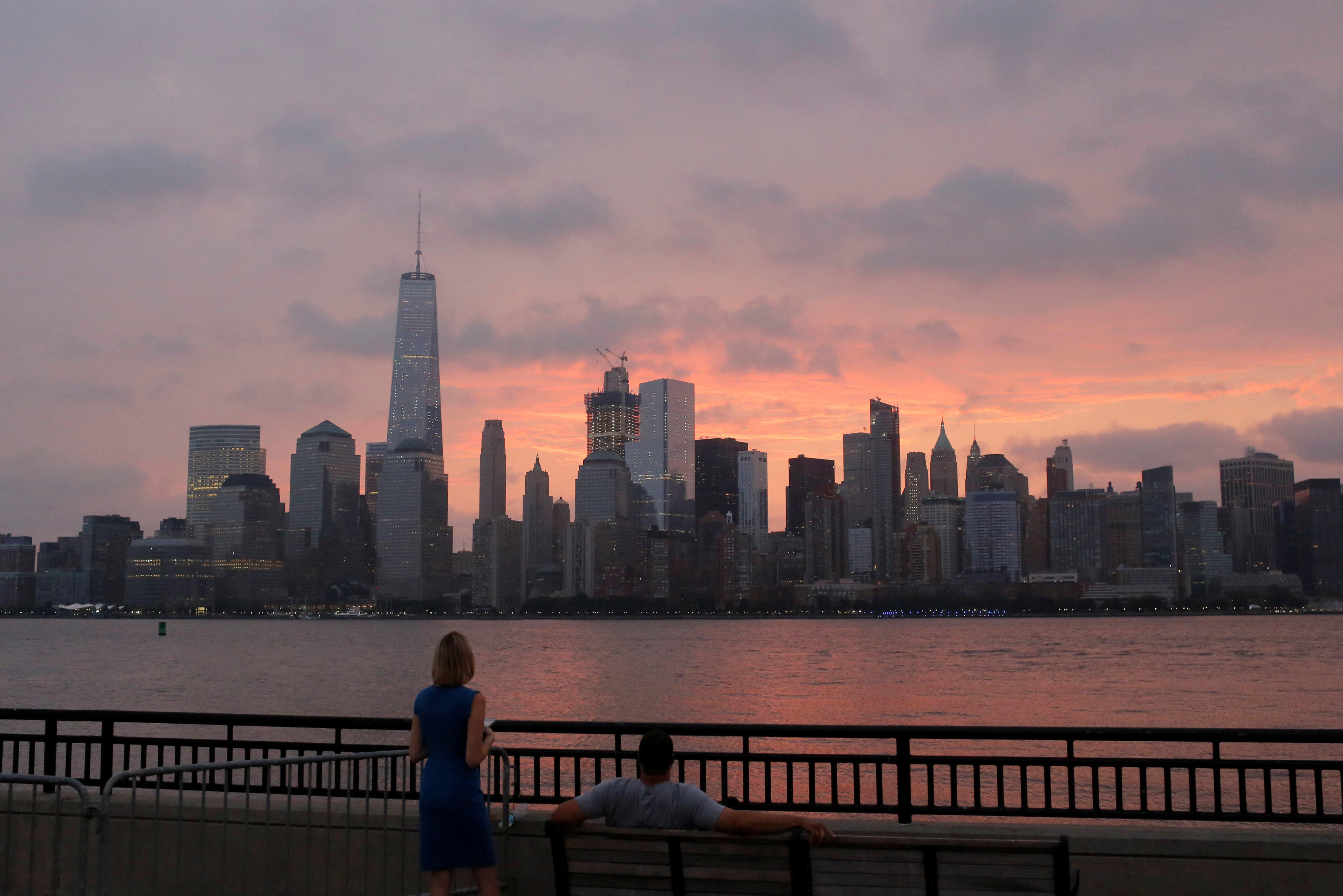 The presidential candidates greeted supporters on Sunday as they entered the downtown Manhattan memorial. They’re not expected to make public remarks at the event, and both have promised to suspend campaign activities to mark the 15th anniversary of the attacks.

Clinton abruptly departed the ceremony after feeling “overheated,” according to her campaign. She was taken to her daughter Chelsea Clinton’s apartment in downtown Manhattan, then returned to her home in Chappaqua Sunday afternoon.

Clinton and Trump also followed a custom of halting television ads for the day.

Clinton - a former New York senator - has frequently highlighted her efforts, including in a campaign ad released Friday, to aid those affected by the World Trade Center collapse.

Trump - a New York real estate mogul - has said he donated construction equipment to the recovery effort and gave $100,000 to the memorial after touring it for the first time earlier this year.

In a Sunday tweet, Clinton said the anniversary is a day to “honor” those who were killed:

And Trump acknowledged the occasion in a Sunday morning statement, calling for “unity” and stressing the need to keep the country safe.

“Today is a day of sadness and remembrance. It is also a day of resolve,” he said. “Our solemn duty on behalf of all those who perished that September day 15 years ago, is to work together as one nation to keep all of our people safe from an enemy that seeks nothing less than to destroy our way of life.”

“We pray for those who have lost the ones they love so much, and we also pray for the unity we will need to conquer all the challenges to come,” Trump continued.