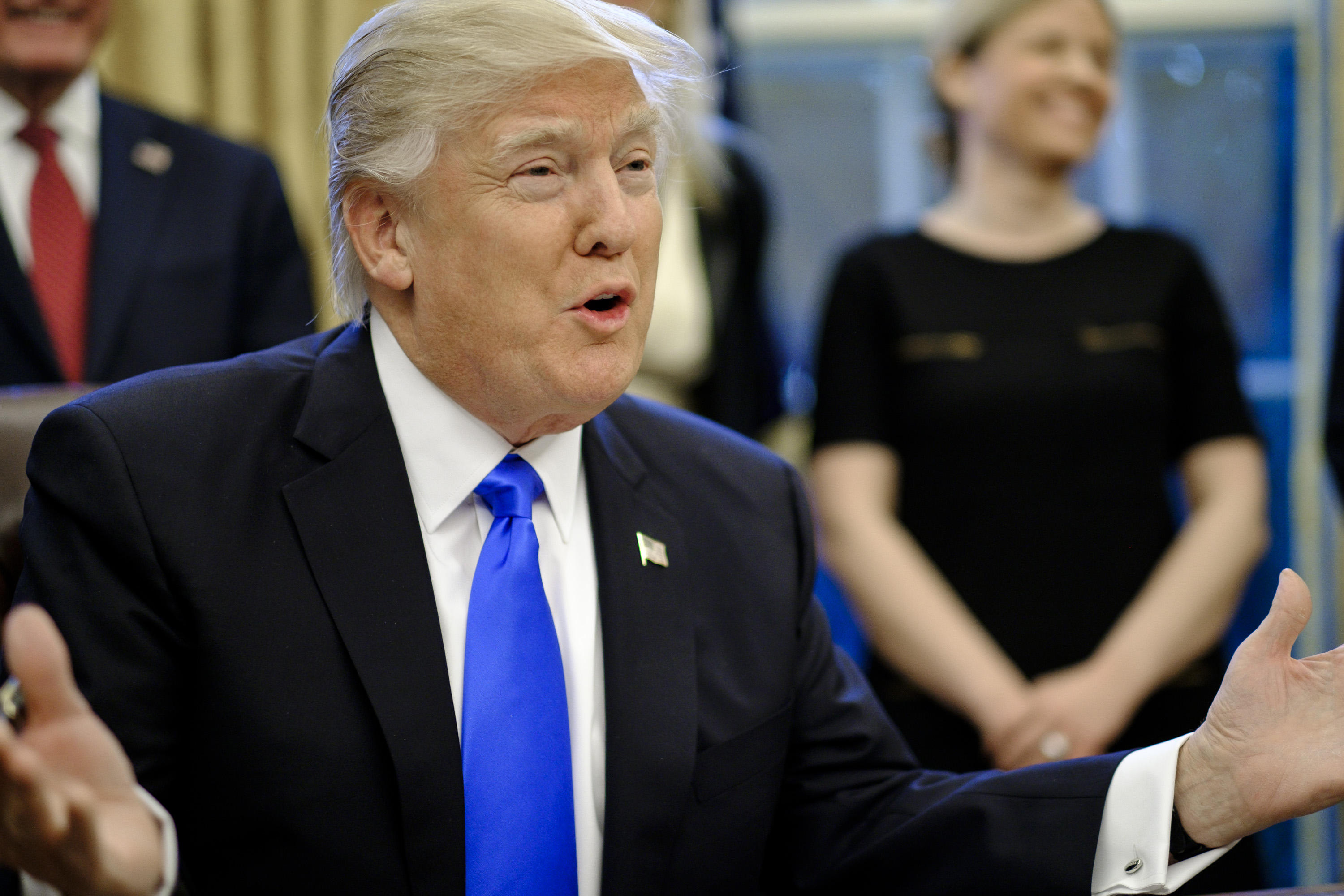 WASHINGTON -- A senior Trump administration official was fired following criticism in a private speech of President Donald Trump’s policies and his inner circle of advisers.

A senior White House official confirmed that Deare is no longer working at the NSC and has returned to the position he previously held at the National Defense University. The official spoke on condition of anonymity to discuss an incident not otherwise made public, and provided no further details.

But current and former administration officials say Deare’s termination was linked to remarks he made Thursday at a private talk at the Wilson Center, a Washington think tank. The officials spoke on condition of anonymity because they were not authorized to discuss the matter.

According to one person who attended the discussion, Deare slammed the Trump administration for its policies on Latin America, specifically its rocky start to relations with Mexico. That person spoke on condition of anonymity to discuss a private event.

Trump signed an order in the first week of his presidency to build a border wall with Mexico, jumpstarting a campaign promise. The move prompted Mexico’s President Enrique Pena Nieto to cancel his trip to Washington in late January.

The person who attended the Wilson Center discussion also said that Deare openly expressed frustration over being cut out of most of the policy discussions about Mexico, saying that members of Trump’s inner circle, including chief strategist Steve Bannon and Trump’s son-in-law and adviser, Jared Kushner, have not consulted with NSC directorates as the White House formulates policy.

Deare has been on the faculty of National Defense University in Washington since 2001. He joined the university’s College of International Security Affairs in 2010 and most recently served as dean of administration.

The person who attended the Wilson Center talk also noted that Deare made several remarks about how attractive Mr. Trump’s daughter, Ivanka Trump, appeared, remarks that person described as “awkward.” Mr. Trump has also made several remarks in the past about how attractive his eldest daughter is, once commenting on a television talk show, that “if Ivanka weren’t my daughter, perhaps I would be dating her.”

Deare did not immediately respond to a request for comment. Officials with the Wilson Center also declined a request for information, saying the discussion was off the record.

Deare is the second senior NSC official to leave in under a week. On Monday, mr. Trump’s national security adviser, retired Gen. Michael Flynn, resigned after revelations that he discussed sanctions with a Russian diplomat before Trump was sworn in, then misled Vice President Mike Pence about the nature of those conversations.