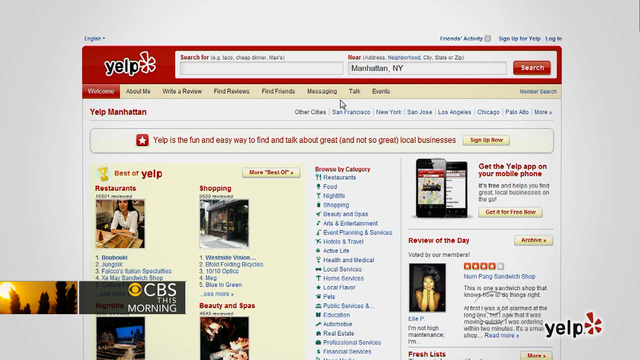 After Jen Palmer had a bad experience shopping on KlearGear.com, she left a negative review of the merchant online and expected to move on with her life. Instead, the company demanded she remove the negative review or pay $3,500 for violating an alleged "non-disparagement clause" on their website.

Palmer and her husband ended up in a years-long battle with KlearGear, which they sued after the company hounded them and ultimately tainted their credit scores.

Now a bipartisan group of senators is considering legislation that would protect online reviewers from facing the same intimidation and retaliation that Palmer experienced. The Consumer Review Freedom Act would bar the use of non-disparagement clauses, referred to as "gag clauses" in form contracts between consumers and businesses.

"A core tenet of the Internet is the ability to freely share information with whomever you like," Thune said in his prepared opening statement at a Senate Commerce Committee hearing on Wednesday exploring the issue. "What good is information if it's been sanitized to remove truthful criticism? Simply put, imposing consumer gag clauses can result in unfair bullying."

At Wednesday's hearing, senators were in agreement that consumers should be encouraged to share their marketplace experiences online. "In a state like mine of Florida that's so dependent on tourism, we want visitors to share their experiences," Sen. Bill Nelson, D-Florida, said.

Robert Atkinson, founder and president of the Information Technology and Innovation Foundation (ITIF), told the senators that society has reached a "tipping point" where consumer protections are needed, or else the public may turn away from the custom of leaving consumer reviews.

People should be encouraged to leave reviews, Atkinson said. "They're actually being a public citizen, they're taking their valuable time," he said. "If we have a collective climate of fear, then people are not going to be able to do it."