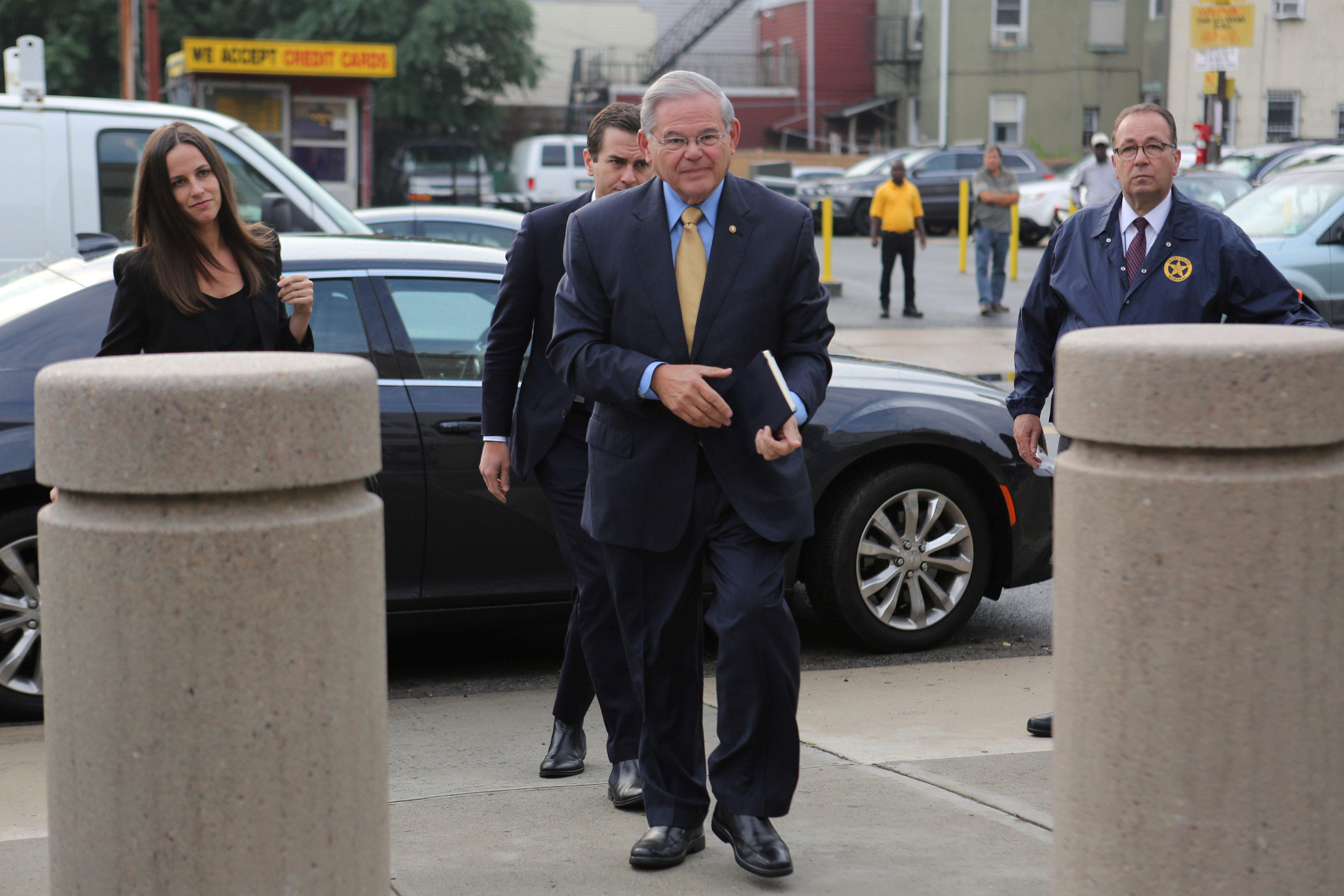 A federal prosecutor said Wednesday the case against New Jersey Sen. Robert Menendez is about a corrupt politician who, "sold his office for a lifestyle he couldn't afford, and a greedy eye doctor," CBS News' Pat Milton and Erica Brown report.

Prosecutor Peter Koski methodically and meticulously laid out the U.S. government's corruption case against 63-year-old Menendez, a Democrat, who is charged with accepting bribes including lavish vacations and hundreds of thousands of dollars in campaign donations from Salomon Melgen, a wealthy Florida eye doctor, in exchange for political influence and favors to advance his business interests.

"Robert Menendez was Salomon Melgen's personal U.S. senator," Koski said in a wood-paneled courtroom packed with attorneys, reporters, and supporters of Menendez including Cory Booker, the junior senator from New Jersey and a fellow Democrat.

"These are two men who met at a political fundraiser at a time when one man had wealth and one man had power," Koski told the 12-person jury during his 45-minute statement  in Newark's U.S. District Court. Menendez, wearing a dark suit and yellow tie, appeared to listen intently as he sat slightly forward in his chair flanked by his attorneys at the defense table.

Among the accusations detailed by the prosecutor was that Menendez pressured government officials to help Melgen seek visas for his girlfriends from the Dominican Republic, where he had a luxurious villa.

Both men have denied any criminal wrongdoing. They were indicted in 2015 and face multiple corruption and bribery charges.

Melgen's sentencing in a separate Medicare fraud case has been delayed until after his trial with Menendez, CBS New York reports.

Jurors will have to wade through complex legal concepts, including whether Menendez's interactions with executive branch officials were "official acts" as defined under federal bribery statutes. That will depend on how a 2016 U.S. Supreme Court decision reversing the bribery conviction of former Virginia Gov. Bob McDonnell, a Republican, is interpreted.

Before coming into court, Menendez made what his aide said will be his last statement until the trial is over, CBS New York reports.

"I have committed my entire adult life, since I was 19, to fighting for the people of New Jersey. Never, not once, have I dishonored my public office," Menendez said with his daughter and son behind him. "I started my public career fighting corruption and I have always acted in accordance with the law. I believe when all of the facts are known, I will be vindicated."

The defense in their opening statement said the only relationship these two men had was a friendship for more than two decades and the gifts were out of friendship. "It's not a crime to give Melgen an ear to a senator he otherwise would not have," Abbe Lowell, an attorney for Menendez, said.

The outcome of the case could have huge implications. If convicted and subsequently removed from office (barring a possible appeal), Republican Gov. Chris Christie could appoint a Republican. A Democrat has a large polling and financial advantage in November's election to replace Christie.

Menendez first came under scrutiny in 2013 after media reports revealed he was flying on Melgen's private jet to Dominican Republic and he did not report any of the free flights, a potential violation of senate rules and federal law.

Prior to opening statements, there was a testy exchange between federal judge William Walls, who is presiding over the trial, and Menendez attorney Raymond Brown. Brown criticized what he said was judge Walls "prejudicial" language in a recent ruling in the case. During the exchange the judge told Brown to "shut up."

The trial is expected to last six to eight weeks.