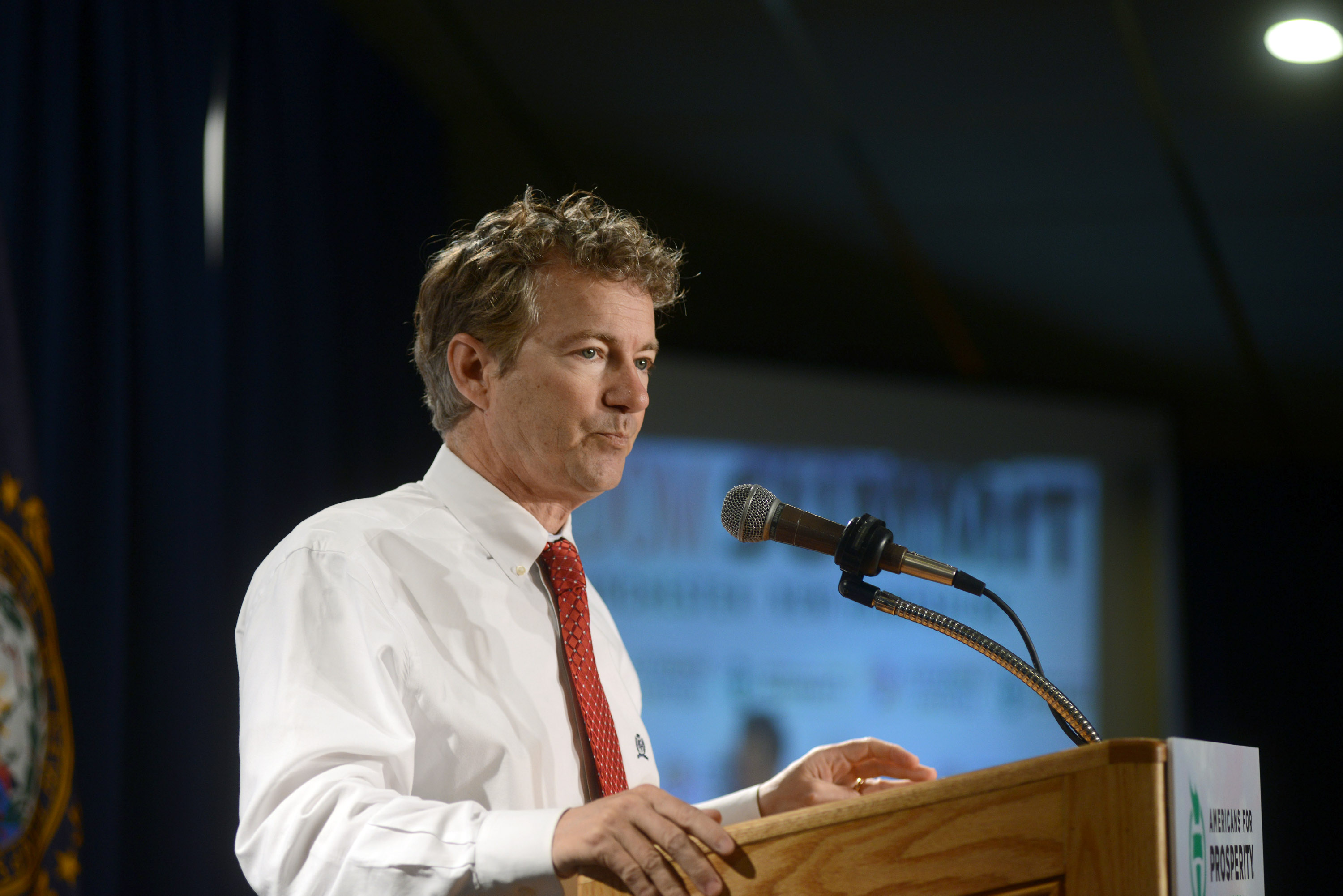 Sen. Rand Paul, R-Ky., condemned his party's push for voter identification laws as "completely crazy" Friday, saying it's "wrong for Republicans to go too crazy on this issue because it's offending people."

The comments, delivered during an interview with The New York Times, make Paul the most prominent member of the GOP to speak out against a crusade that has energized the Republican base but alienated some of the young and minority voters the party hopes to court.

Notably, Paul disputed the political wisdom behind voter ID laws, but he did not question their substance or merit. He's previously said it is reasonable for states to require voters to present identification before casting a ballot.

Thirty states have instituted voter ID requirements in recent years, though several laws have recently been struck down by federal and state courts.

Republicans, who have been the driving force behind the new laws, say they're protecting the integrity of elections by preventing voter fraud. Democrats, though, say there's no evidence of widespread voter impersonation or other forms of fraud. Many spy a more sinister motive, accusing Republicans of trying to depress turnout among students, African-Americans and other groups that lean Democratic and are more likely to lack a photo ID.

Paul, who has acknowledged that he is weighing a presidential bid in 2016, has urged his party to expand its appeal, and he has reached out in recent months to groups that don't traditionally align with the GOP.

In a news conference Friday, according to the Times, Paul said he isn't always successful with his outreach, but he'll keep trying.

People tell him, "I like what you're saying. I'm still not voting for you," he recalled. "That's why you've got to keep saying it."

Update: Doug Stafford, senior adviser to Paul explained the senator's remarks further to CBS News Monday: "Senator Paul was having a larger discussion about criminal justice reform and restoration of voting rights, two issues he has been speaking about around the country and pushing for in state and federal legislation. In the course of that discussion, he reiterated a point he has made before that while there may be some instances of voter fraud, it should not be a defining issue of the Republican Party, as it is an issue that is perhaps perceived in a way it is not intended. In terms of the specifics of voter ID laws, Senator Paul believes it's up to each state to decide that type of issue."