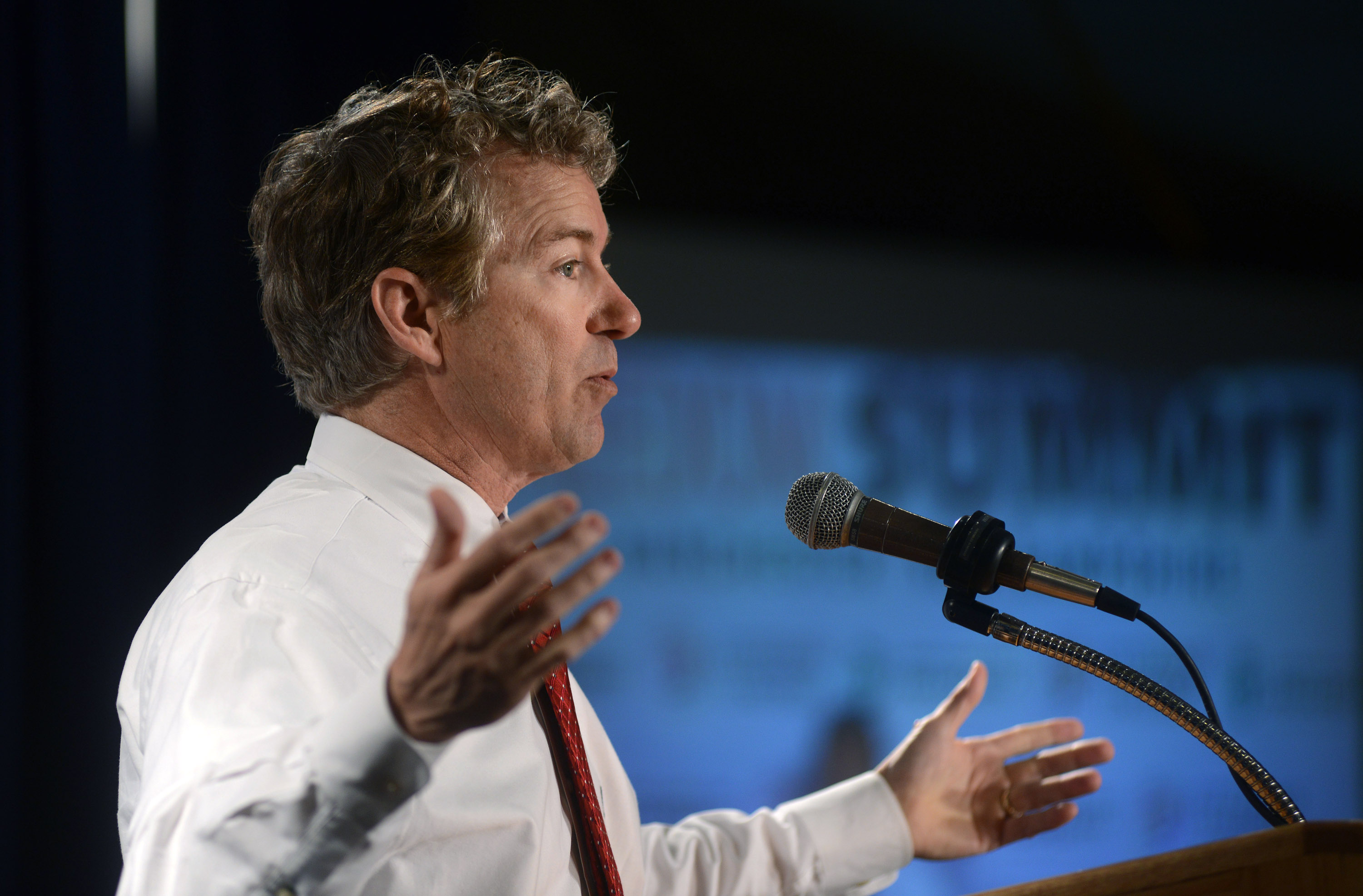 With his eye on a potential 2016 presidential bid, Sen. Rand Paul, R-Ky., is continuing his push to get the Republican Party to broaden its appeal.

Paul visited Chicago Tuesday to speak at an all-girls Catholic high school and the University of Chicago Institute of Politics, where he was interviewed by former Obama adviser David Axelrod.

He argued that talking about the need to win more minority voters means little without actually having something to say to them.

"We could use a few more votes," Paul told reporters at the Josephinum Academy, an all-girls Catholic high school, after speaking to students, parents and faculty, according to the Associated Press. "We have to figure out as Republicans how to get our message to the people who favor charter schools and favor choice in schools, and say, look, we do care about your kids."

Paul's ideas are broader than just promoting charter schools and school choice. At the University of Chicago later he promoted the idea of filming the nation's best teachers to show their work all over the country, and taking federal education funding and turning it over to the states.

"I would have it spent at the state and local level. I wouldn't spend it up there at all, I'd leave it at home," Paul said of the $100 billion spent annually on education at the federal level. And on the Education Department itself, he added, "I would cut them out of the loop. I don't think you would notice if the whole department were gone tomorrow."

Paul told Axelrod that that his party needs something different, because "the same old, same old's not working." He cited that experts say demographic trends don't favor the GOP in the long run because the growing minority populations tend to favor Democratic candidates.

"What I've been telling people is the Republican Party needs to be bigger, its got to have new people in it: African Americans, Hispanic, , Asian Americans, Jewish Americans, you name it, we need more people of a greater variety in our party."

Though Paul said at the University of Chicago event that he supports efforts at voter identification, he also said Republicans "may have over-emphasized" the amount of fraud that currently occurs. And efforts to curb early voting, which is more heavily used by Democrats, was a mistake, Paul said.

"I don't think early voting is biased one way or the other," Paul said. "Republicans who want to make their whole thing eliminating early voting, I think that's a mistake."

He noted he has worked to expand voting in his home state by testifying in favor of restoring voting rights for people convicted of nonviolent felonies.

The Kentucky senator has been notable for his ability to attract young supporters like his father, former Texas congressman and presidential candidate Ron Paul. The younger Paul attributes this to his focus on privacy issues.