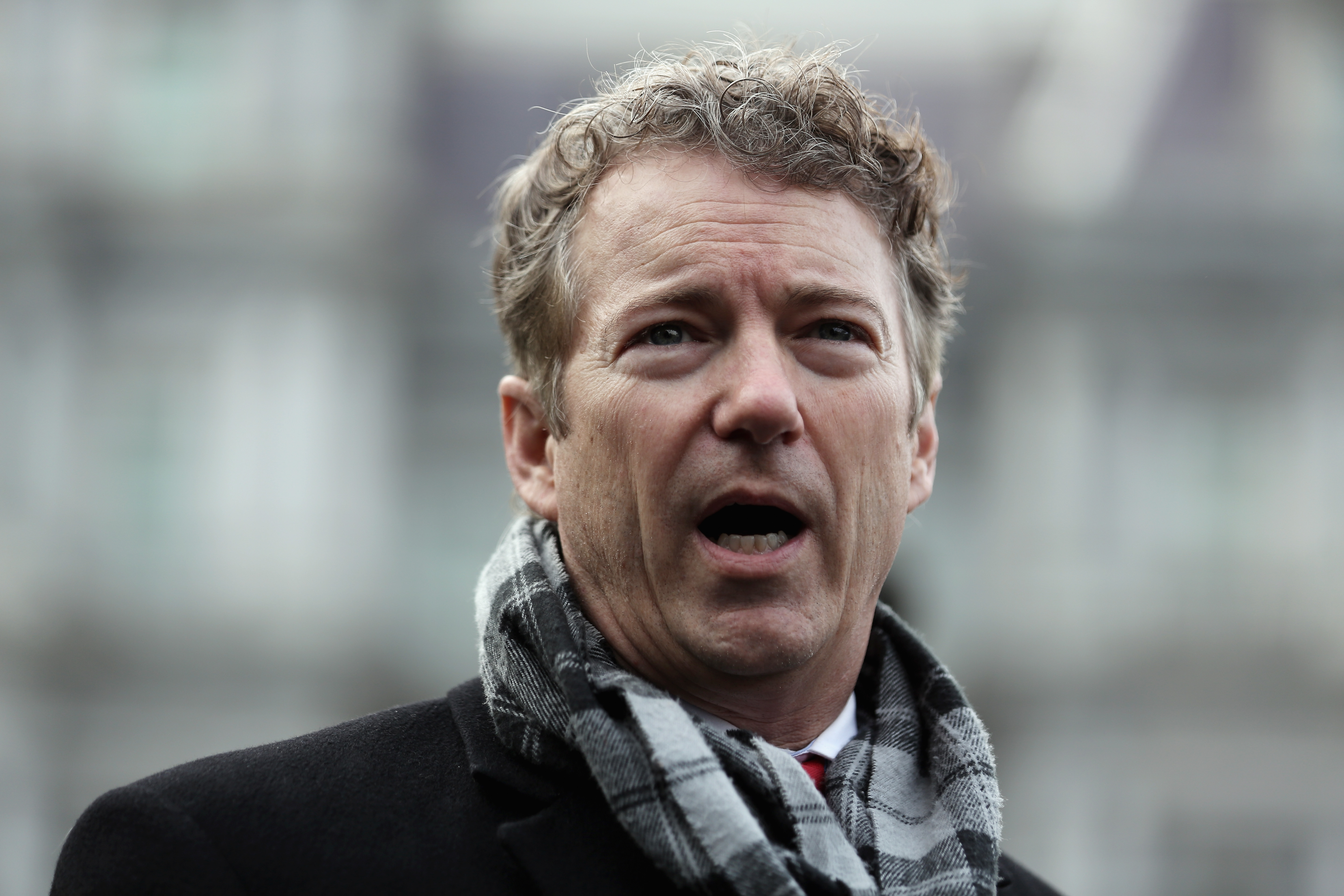 They allege that the administration is violating the Fourth Amendment by collecting Americans’ phone metadata and are seeking a ruling that would halt the program and purge all previously collected data from government databases.

"There's a huge and growing swell of protest in this country of people who are outraged that their records would be taken without suspicion, without a judge's warrant and without individualization," Paul said at a press conference after filing the lawsuit in Washington, D.C. He predicted it would be a “historic lawsuit” that goes all the way to the Supreme Court.

In addition to Paul, the lawsuit is being brought by Matt Kibbe, the president of the tea party-aligned group FreedomWorks, and the lead counsel is former Virginia Attorney General Ken Cuccinelli, who lost the state’s gubernatorial election to Democrat Terry McAuliffe in November. It names Mr. Obama, Director of National Intelligence James Clapper, National Security Agency (NSA) Director Keith Alexander and FBI Director James Comey as the defendents.

In a statement before filing the suit, Paul said the president has “publicly refused to stop a clear and continuing violation of the 4th Amendment.”

A libertarian, Paul has been collecting signatures from people to sign onto the class-action suit through an offshoot of his political action committee. He said hundreds of thousands of people have signed on so far.

He has also been particularly hard on Clapper in public, arguing that he has lied to the American people and should resign.

The uproar against the NSA was sparked by Edward Snowden, who exposed the extent of the program through documents he took while working as a government contractor. In an op-ed on CNN.com, Paul, Kibbe and Cuccinelli called it a “striking wake-up call for the country.”