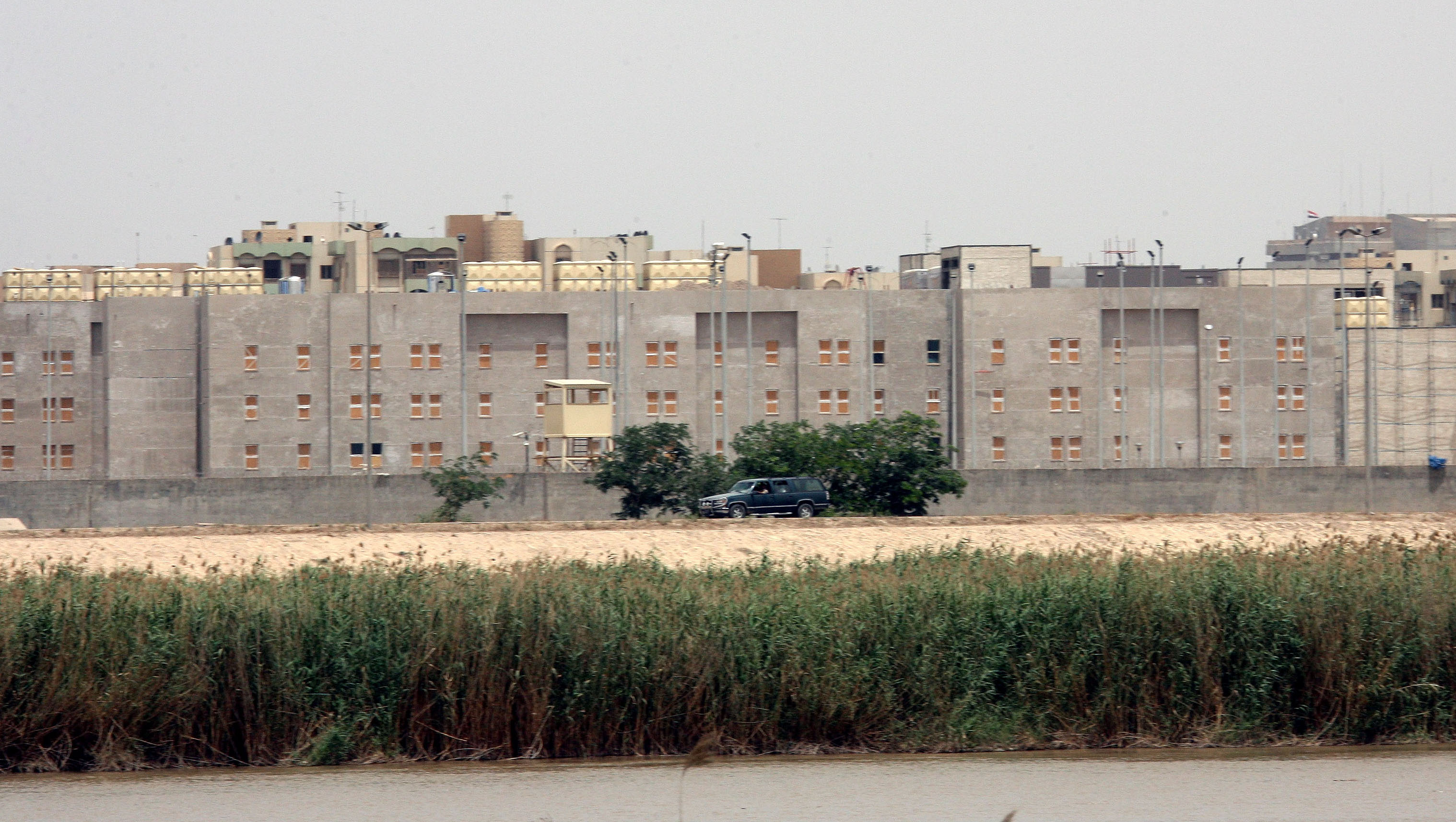 WASHINGTON - Security at the U.S. Embassy in Baghdad was strengthened and some staff members were being moved out of Iraq's capital city as it was threatened by the advance of an al Qaeda-inspired insurgency, a State Department spokeswoman said Sunday.

Jen Psaki said in a statement that much of U.S. Embassy staff will stay in place even as parts of the country experience instability and violence. She did not say the number of personnel affected. The embassy is within Baghdad's Green Zone. It has about 5,000 personnel, making it the largest U.S. diplomatic post in the world.

"Overall, a substantial majority of the U.S. Embassy presence in Iraq will remain in place and the embassy will be fully equipped to carry out its national security mission," she said.

Some embassy staff members have been temporarily moved elsewhere to more stable places at consulates in Basra in the Shiite-dominated south of Iraq and Erbil in the Kurdish semi-autonomous region in northeastern Iraq and to Jordan, she said.

Military officials said close to 100 soldiers and Marines have been sent to the U.S. Embassy to increase security. They are there to guard the embassy, not bring people out, CBS News' correspondent David Martin reported.

"The temporary relocation of some embassy personnel is being facilitated aboard commercial, charter and State Department aircraft as appropriate. The U.S. military has airlift assets at the ready should State Department request them," Kirby said.

U.S. travelers in the country were encouraged to avoid all but essential travel to Iraq and exercise great caution

"Travel within Iraq remains dangerous given the security situation," the State Department said in a travel warning.

"U.S. citizens in Iraq remain at high risk for kidnapping and terrorist violence," it said.

Violence in many regions of the country is as intense as it's been since 2007, the warning said.

It warned of the dangers of a variety of improvised explosive devices, mines placed on or concealed near roads, mortars and rockets, and shootings using various direct-fire weapons. The attacks "often occur in public gathering places," the warning said.

Secretary of State John Kerry made calls to foreign ministers in Jordan, the United Arab Emirates, Saudi Arabia and Qatar to discuss the threat and the need for Iraqi leaders to work together.

Earlier Sunday, Sen. Lindsey Graham, R-S.C., said that Iraqi Prime Minister Nouri al-Maliki cannot keep his country together, and a U.S. alliance with Iran might be needed to do so.

Graham, a member of the Senate Armed Services Committee, said a U.S. partnership with longtime foe Iran makes him uncomfortable but likened it to the United States working with Josef Stalin in World War II against Adolf Hitler. He says the United States has to do what it can to keep Baghdad from falling to insurgents.

An al Qaeda splinter group known as ISIS, or the Islamic State of Iraq and Syria, surprised Western intelligence organizations last week and took control of major Iraqi cities. Iran says it has no interest in a destabilized Iraq as its neighbor.

Graham spoke to CNN's "State of the Union" and CBS' "Face the Nation."