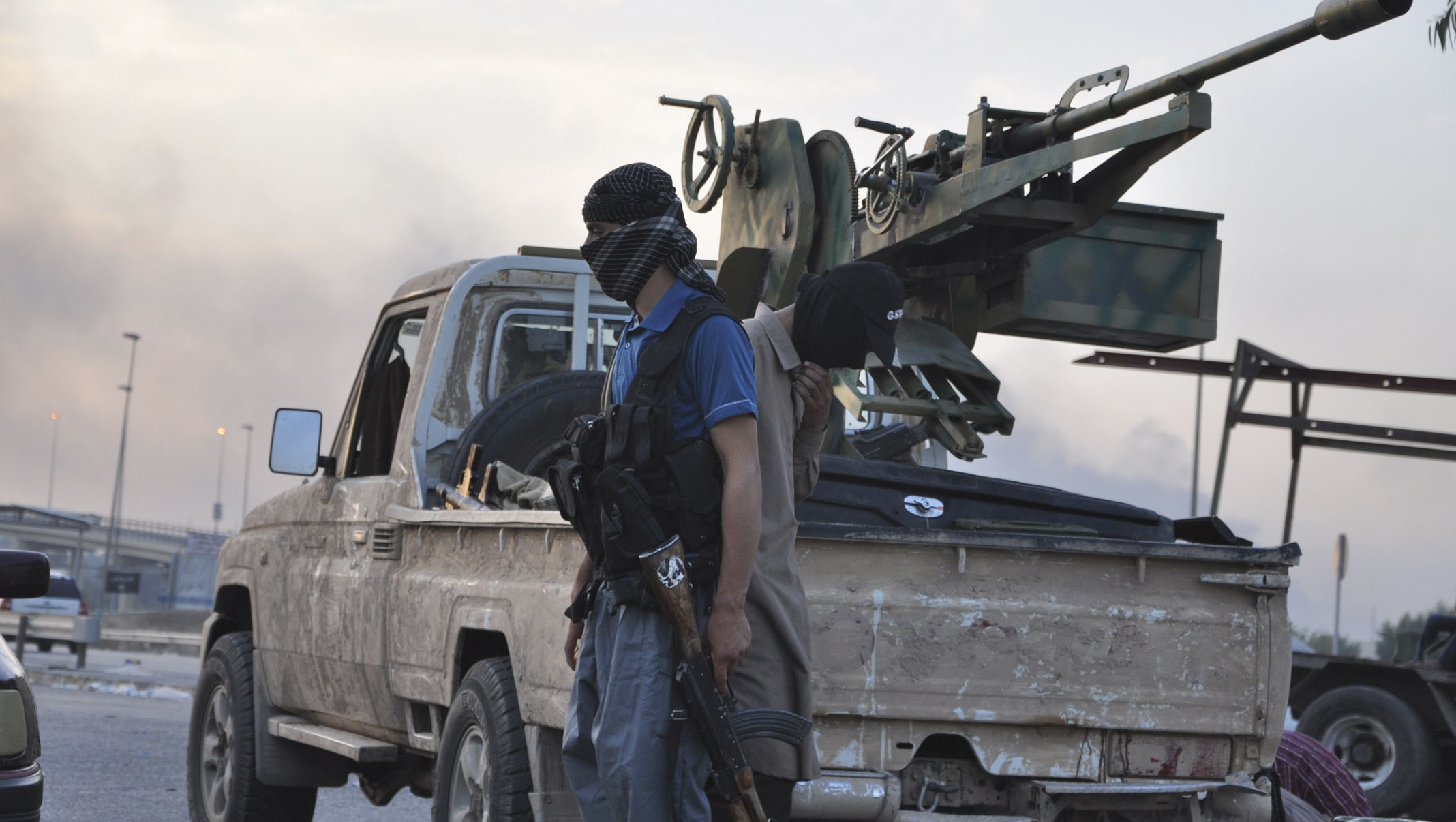 An al Qaeda breakaway group, apparently backed by other Sunni groups and fighters, has seized a large section of northern Iraq after previously taking much of northeastern Syria with an eye toward establishing an Islamic state straddling the two countries. The situation on the ground is changing rapidly, but some patterns and explanations are now emerging:

Q: WHY IS THIS HAPPENING NOW?

A: The group, the Islamic State of Iraq and the Levant, is taking advantage of two trends: growing discontent among Iraq's minority Sunnis toward Prime Minister Nouri al-Maliki's Shiite-led government, which they accuse of discrimination; and the increasingly sectarian dimension of the Syrian civil war, as mostly Sunni rebels fight to oust a regime dominated by members of a Shiite sect. CBS correspondent David Martin reported that Pentagon officials blame al-Maliki for refusing to form a more inclusive government.

Taking advantage of the breakdown of state authority, militant fighters easily cross the border. The Iraqi territory recently seized by militants is populated overwhelmingly by Sunnis, many of whom, at least for now, may see al-Maliki as more of a threat than the Islamic State. Signs are also emerging that the Islamic State is backed in its current campaign by former military officers and other members of ousted dictator Saddam Hussein's regime.

Q: WILL IRAQ BE A DIVIDED STATE?

A: The recent developments have renewed the possibility, much discussed during the war a decade ago, that Iraq be divided into three separate regions or even nations - the mostly Shiite section, made up of Baghdad and much of the south and east bordering Iran; a Sunni area, comprised of western Iraq and parts of the north; and a Kurdish zone, also in the north and including the cities of Erbil and Kirkuk, which Saddam tried to populate with Arabs.

Q: WHAT HAPPENED TO THE IRAQI SECURITY FORCES? WHY WON'T THEY FIGHT?

A: CBS News correspondent Elizabeth Palmer said there was no sign of Iraq's military or police in the seized cities on Wednesday, other than the uniforms and weapons they abandoned as they fled.

Corruption and sectarianism are widespread problems in the security forces, with little sense of professionalism or loyalty to the Baghdad government. Sunni soldiers tend to serve in Sunni areas like Mosul and Anbar, where many of them are demoralized by the idea of fighting against members of their own Muslim sect. Police forces are usually drawn from local populations so are particularly vulnerable to local pressures like intimidation. In at least one case, the Islamic militants beheaded an officer and then distributed a video of the attack.

Q: HOW HAVE THE REBELS BEEN ABLE TO MOVE SO QUICKLY?

A: The Islamic State commands between 7,000 and 10,000 fighters, according to U.S. intelligence officials. The group's military strategy is still somewhat of a mystery, but the extremists have cunningly crafted their tactics and message to meet local considerations. In Syria, they are quite open about their ideology and goals, imposing their strict brand of Islamic law, banning music and executing people in the main square of the city of Raqqa, which they control. In Iraq, they focus on portraying themselves as the protectors of the Sunni community from al-Maliki's government and have at least so far overlooked some practices they consider forbidden.

Q: WHAT ROLE ARE THE KURDS PLAYING?

A: Kurdish fighters from the ethnic group's autonomous enclave in the north are showing signs of taking a greater role in fighting back against the Islamic State. Their role is a potential point of friction because both Sunni and Shiite Arabs are wary over Kurdish claims on territory outside their enclave.

Q: WHAT IS IRAN'S POSITION?

A: Iran's president has blasted the Islamic State as "barbaric," and its foreign minister offered his country's support to Iraq in its "fight against terrorism." Iran has halted flights to Baghdad and is beefing up border security. As a Shiite country, Iran shares an affinity with the current governments of Iraq and Syria.

Q: WHY DO I SEE DIFFERENT NAMES FOR THE GROUP?

A: The Islamic State of Iraq and the Levant, or ISIL, is a literal translation. It's also sometimes called other names including the Islamic State of Iraq and Syria, known by the acronym ISIS. The name refers to the group's stated goal of restoring a medieval Islamic state, or caliphate, in Iraq and Greater Syria, also known as the Levant - traditional names for a region stretching from southern Turkey to Egypt on the eastern Mediterranean.

"Their own map, and their own vision of the territory actually doesn't include the border between Syria and Iraq," said CBS News security analyst Juan Zarate. "ISIS is a brutal group -- so much so that they're now in conflict with al Qaeda -- but, no mistake about this, these are bad guys. These are the extreme of the extreme, and they are now routing the Iraqis, so much so that you now have a real question of whether or not the Iraqi state can even control their advance."