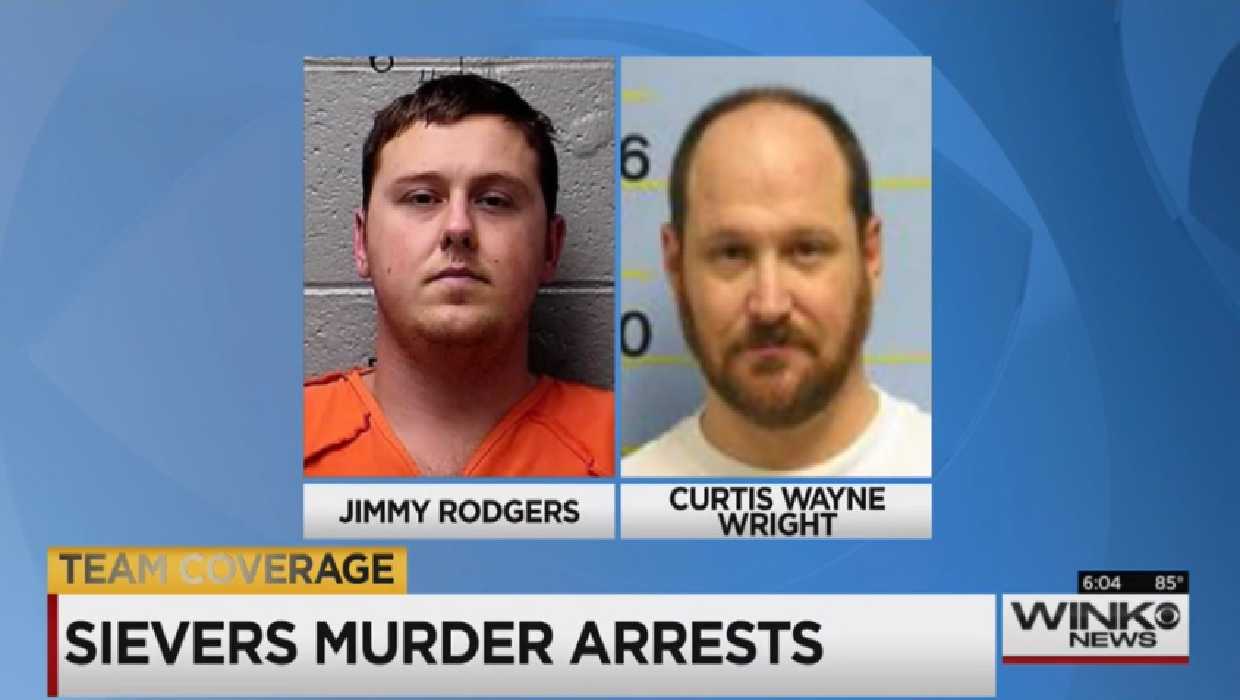 FORT MYERS, Fla. -- Two men are now facing charges in the murder of a well-known southwest Florida doctor, and one of the men is a longtime friend of the victim's husband, reports CBS Ft. Myers affiliate WINK.

Curtis Wayne Wright Jr., 47, and Jimmy Rodgers, 25, each face charges of second-degree murder in the death of 46-year-old Teresa Sievers, a married mother of two who was found dead in her Bonita Springs, Florida home on June 29, according to WINK.

Both men are in custody in Missouri.

Lee County, Fla. Sheriff Mike Scott on Thursday called the arrests a "big deal" and described the case as a "targeted set of circumstances."

"This is the most complicated, intricate set of circumstances that most of us have ever seen," said Scott, adding that the case remains active.

According to WINK, Wright is a longtime friend of Siever's husband, Mark, who has known him since grade school. The station also reports that Wright and Rodgers are friends on Facebook.

Rodgers, who was reportedly on probation for possessing a handgun as a felon, was arrested Wednesday for leaving Missouri without contacting his probation officer, according to a federal arrest warrant.

The warrant alleges Rodgers was in Fort Myers, Fla. at a Walmart on June 28, a day before Sievers was found dead.

WINK reports Rodgers will appear in court in St. Louis on Friday in connection with the probation violation.

The Naples Daily News reports Wright also has a history of trouble with the law. According to the paper, he was arrested twice in recent years on drug-related charges and even served time in prison on a methamphetamine manufacturing charge.

Teresa Sievers operated the Restorative Health and Healing Center in Estero. The night before she was killed, she flew home alone from Connecticut following a family gathering. Family members told the station the last they heard from her was when she phoned her husband, who was still in Connecticut, to let him know she had arrived safely.

Neighbors reportedly heard screaming and arguing coming from Sievers' home the next morning. Her body was found a few hours later. Sources told WINK she was beaten to death with a hammer.

According to the Naples Daily News, on Facebook, Rodgers uses the nickname "Hammer."