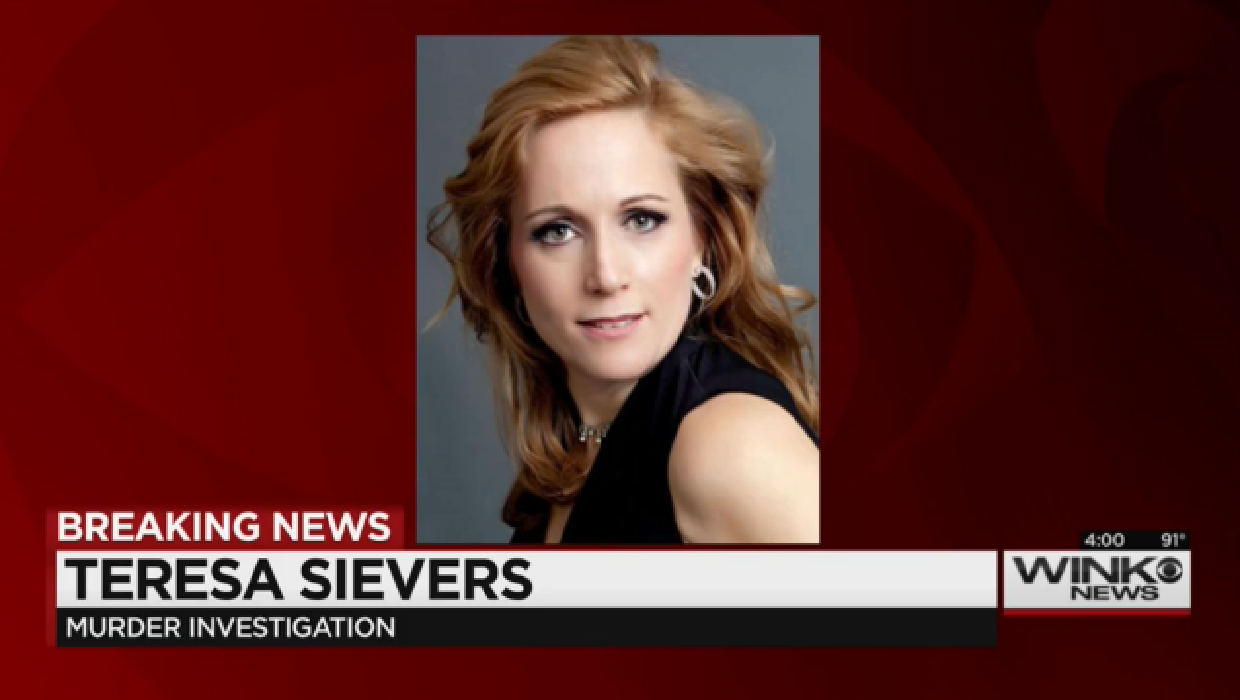 BONITA SPRINGS, Fla. - A southwest Florida doctor and mother of two who was found murdered in her home last week was killed with a hammer, sources close to the investigation tell CBS affiliate WINK.

Forty-six-year-old Teresa Sievers was found dead on Monday, June 29 in her Bonita Springs residence. No arrests have been made and authorities are being tight-lipped on details surrounding the crime.

When reached by telephone Monday, a spokesperson for the Lee County Sheriff's Office wouldn't say whether a hammer was used to kill Sievers, however WINK reports two sources close to the investigation say that was the weapon of choice.

The spokesperson also would not say whether any suspects or persons of interest have been identified and stopped short of saying whether the crime is believed to be random or targeted.

Sievers, her husband and two daughters had traveled to Connecticut for a gathering, and Sievers flew home alone the night before she was found dead.

WINK reports that on Friday, a van belonging to the Sievers family was towed from the crime scene. Before it was taken, crime scene technicians dusted the vehicle for prints.

Fingerprint dust could also reportedly be seen on the family's fence surrounding the home.

Sievers, who was known for her holistic approach to health and her work with transgender patients, was being laid to rest Monday in Naples.