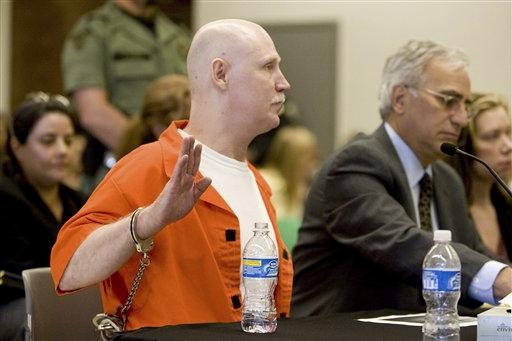 Sgt. Chris Pappas confirmed that a warrant was served at the rural estate but he would not release any more information.

Jackson has already been charged with child molestation, and his Neverland ranch was searched previously in the case. He faces trial next year.

The search warrant was served at 9 a.m. and investigators remained there into the late morning, Pappas said.

Attorneys on both sides are barred from commenting on the case. A message seeking comment was left at the office of Jackson's spokeswoman Raymone K. Bain.

At least 60 investigators from the Sheriff's Department and district attorney's office conducted that raid on the multimillion-dollar property.

The theme park-like estate has a mansion, zoo and amusement park with bumper cars, a merry-go-round and Ferris wheel. Jackson hosted many children's parties there.

Jackson was originally charged in December 2003 on allegations of molesting a boy. Prosecutors then took the case to the grand jury, which issued a superseding indictment in April.

The pop star has pleaded not guilty to child molestation, conspiracy and administering an intoxicating agent, alcohol, to the alleged victim. Jackson's trial is scheduled to start Jan. 31.