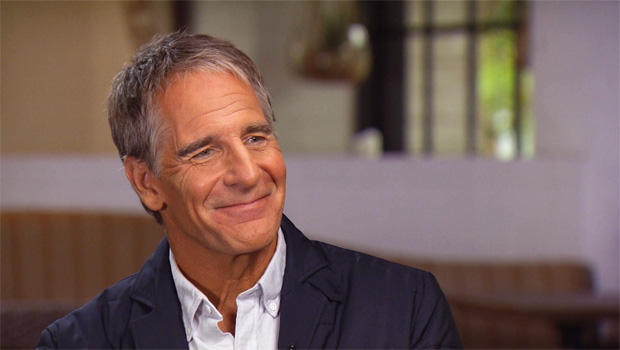 The New Season on TV means a brand-new season of “NCIS” New Orleans,” debuting Tuesday night here on CBS. Lee Cowan has gone to the show’s namesake city for a visit with its star:

In New Orleans recently on a mercifully-not-so-hot day, actor Scott Bakula was basking in the Big Easy where residents have welcomed him and the cast of “NCIS: New Orleans” with open arms.

The city itself is as big a character as the special agent Bakula plays.

“Considering Katrina, and the subsequent years, and the rebuilding, you know, I think you feel, everybody’s rooting for New Orleans,” he said while strolling Decatur Street. “And we’re no different.”

He has hopped around a lot in his professional life. In the late ‘80s he made a career out of it, as the time-traveling Sam Beckett in “Quantum Leap.”

It made him a household name -- launching him on a television career that had him playing all sorts of roles, from the captain of the Starship Enterprise, to the “scud stud” on “Murphy Brown.”

But he never really relished the idea of being TV-famous. He’s kept his private life very private.

“Yeah, for a hundred million years People magazine wanted to do interviews with me at my home,” he remarked. “And I said, ‘I can’t, I can’t.’ Where do you stop?”

That’s why Cowan met him near his home, at Gracias Madre, a popular Mexican restaurant in L.A.

He’s 61 now, and commutes home from New Orleans every weekend to spend time with his second wife, actress Chelsea Field, and his four children.

“That’s what’s wrong with my career!” Bakula laughed. “Actually, you summed it up in one sentence.”

If it all sounds a bit non-Hollywood, maybe that’s because Bakula didn’t grow up in Hollywood. He was born in the Midwest -- St. Louis, to be exact. “My dad was a hard-working guy, my mom raised three kids, and we grew up kind of insulated,” he said.

It was at his Presbyterian church where the acting bug bit, especially musicals. He liked singing so much he dropped out of college (he was planning to be a lawyer) and headed for the bright lights of Broadway, fingers crossed.

“I went to New York to be an actor and hope that I could do stage work and be on Broadway and do musicals,” he said. “I just had to go to New York and see if I could make it.”

And make it he did, eventually landing the lead role in the musical “Romance/Romance,” a performance that earned Bakula a Tony nomination.

But then a funny thing happened: Bakula bailed on Broadway and headed West. “People are like, ‘What are you doing? You’re starring in a Broadway show, and you’re six months into the run, and you got a Tony nomination, and you’re gonna go back to L.A. -- why?’”

Why? To see if his musical chops on stage could get him noticed by Hollywood, even if that process is a little odd.

“Nobody in L.A. goes to see the theater,” Bakula said, “but if they hear that you’re good, then that’s enough.”

“Is that true?” Cowan asked.

The word of mouth spread. What musicals had to do with sci-fi shows like “Star Trek: Enterprise” or “Quantum Leap” is anybody’s guess, but Bakula rose to the occasion, and even found a way to squeeze in a little music when he could.  Yes, he not only sings, he plays, too, especially the piano.

“But you still play quite a bit, though.”

“I do, but I’m a hack, you know? Especially in New Orleans!”

A hack, hardly. He’s good enough that even in the middle of a police procedural, the writers have made room for Bakula to play. “It makes the show a little different, a little unique, a little special, and it makes the world a better place,” he said.

Being on a show with some 15 million viewers, and being immersed in the New Orleans music scene, is for Bakula the best of both worlds.

“I’m overwhelmed by, not just being here but in the history of the music, [and] the number of good players that are in the city,” he said.

He took Cowan to the New Orleans Jazz Museum, where a piano used by the legendary jazz and blues artist Dr. John is on display, which holds a special significance. Dr. John actually dropped by as a guest on “NCIS: New Orleans” a while back -- a perk Bakula says you might not get in any other city.

“And he plays crazy! He was telling me a story of getting his fingers shot off, so that affected his playing …for a while!”

Music remains the single note that resonates through a carrier that has gone in every which direction.

Whether he’s a special agent ... a friend of Liberace’s in “Behind the Candelabra” … or just a “Man of a Certain Age.” Scott Bakula has become a familiar face in the sea of faces he’s had the opportunity to play.

“I’ve tried to do different things and I think that’s kind of kept me alive and vital,” he said.

“So is that the secret, you think, of your longevity, is just to keep trying to reinvent yourself?” Cowan asked.

“Maybe. Maybe. For however I present myself, I guess, and people’s perception of me, I don’t seem to be stuck in any kind of creative rut, and I’m grateful for that -- [and for] people giving me the chance to do that.”